Today will see the beginning of the World Championship, but not the one that has been discussed in past months. Unfortunately, the World Women’s Championship has not seen as much anticipation and very little publicity has been presented. Nevertheless, defending champion Ju Wenjun of China will face the challenger, 21-year old sensation Aleksandra Goryachkina of Russia. 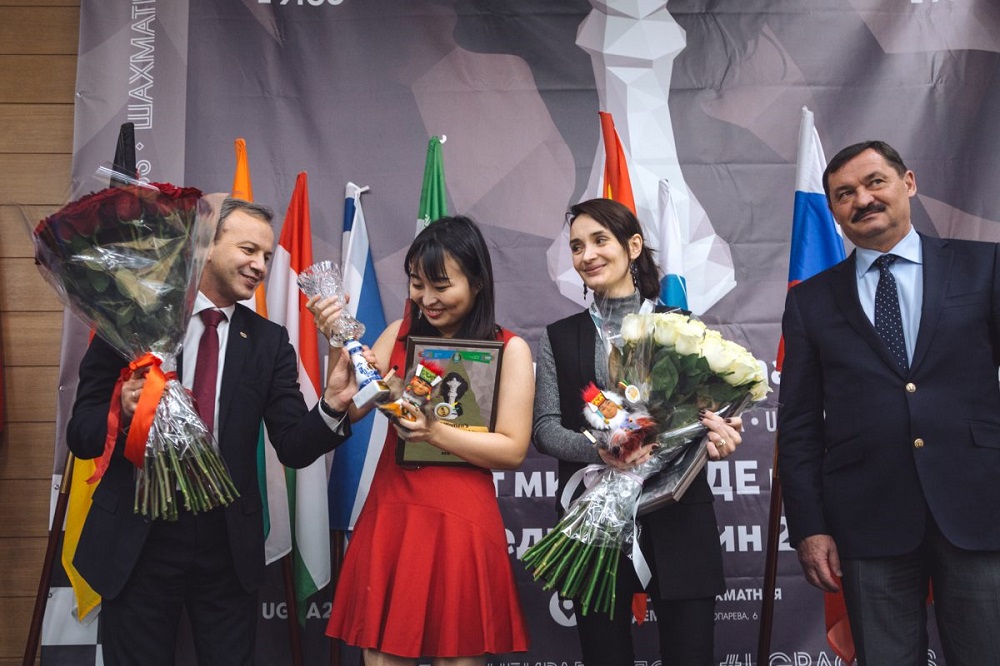 This year will mark the first year that the cycle will revert back to biennial matches instead of the knockout events. It should be noted that former champion Hou Yifan lost her title in 2012 during the knockout tournament. Ushenina won the title. Hou returned next year and won the title a second time in a rout over Ushenina 5½-1½. She held the title until 2015 only to nix defending in the knockout because of a conflict in scheduling. She returned in 2016 and won for the 3rd time, but later announced she would withdraw from the cycle altogether due to her opposition to the knockout format and the desire to play against stronger competition.

The question of separate tournaments has resurfaced once again as the push for equal conditions has gained some momentum. The prize fund of this match (500,000 euros) is much more generous than past championship matches. Hou Yifan’s 10-game match against Muzychuk in Lviv, Ukraine was 200,000 euros. The present prize fund represents a significant increase.

The women’s champion has an automatic berth in a qualifying event (World Cup) to compete for the overall championship. During the last cycle there was a conflict with the Women’s Grand Prix tournament. Aleksandra Goryachkina qualified and then won the Women’s Candidates tournament with a dominating performance. She is Russia’s hope to bring the title back home since Kosteniuk did it as a 24-year old.

The first half or six games of the competition will be held in Shanghai, China ending on January 12th. The other half (also six games) will resume in Vladivostok, Russia on January 16th. The first player to 6.5 will be declared the winner without having to play the remaining games. The advantage will then be with the champion. If the score is 6:6 at the end of 12 games, a rapid (and if necessary blitz) playoff will serve as the tiebreaker.

Shohreh Bayat of Iran will serve as the International Arbiter of the match. Bayta, a Women’s FIDE Master, is also a Natural Resources Engineer by profession. An excellent interview was conducted by Kenya Chess Masala here. Photo by FIDE

The two sites bring an added element. Ju will hope to capitalize off of the familiarity of the environment and overwhelming national support. However, such comforts do not guarantee success. In fact, Ju’s own victories against Ushenina in the Ukraine and Lagno in Russia are examples. We also remember that Viswanathan Anand won against Veselin Topalov in Bulgaria, yet lost in India against Magnus Carlsen.

The games of the FIDE Women's World Championship Match start on Jan 5. Tune in at 3:30pm Shanghai time (GMT+8) to watch it live with the commentary of GM Nigel Short @nigelshortchess and WGM Zhang Xiaowen.