The Internet has ignited with the news of IM Emory Tate’s confirmed passing. A tactician par excellence, Tate was participating in the Sam Shankland Open tournament in California when he fell ill and collapsed. After receiving first aid, he was taken to a local hospital where he was attended to, but later passed away. Tate died doing what he did best and doing what he loved to do. 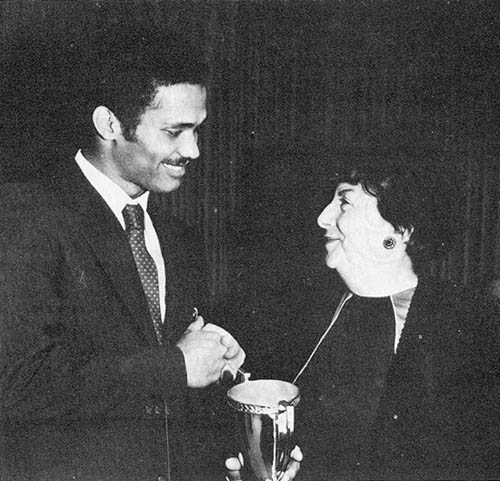 This was Tate’s favorite chess photo… the look of a predator gazing at his prey.
Photo by Daaim Shabazz. 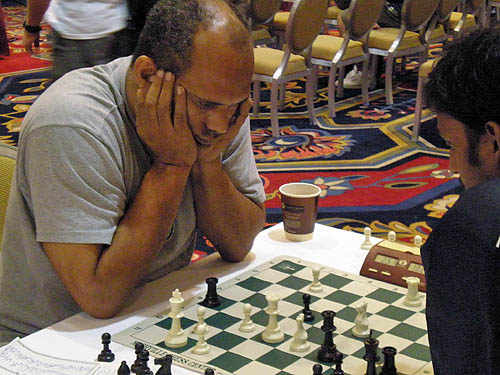 Tate had a penchant for the melodramatic and if anyone had studied his games or saw him analyze a position, there was certainly an impression made. His creative ideas never failed to stun even the most skeptical of minds as he would fancy rook lifts and dashing sacrifices. 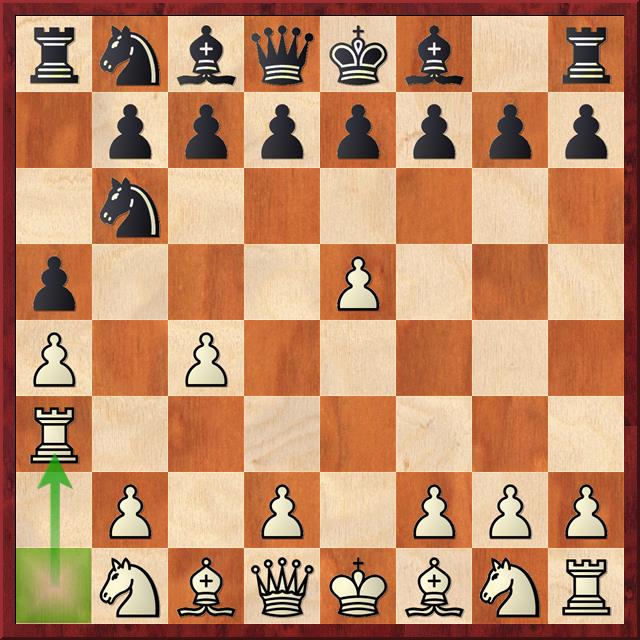 He was proud to say that he was a five-time Armed Forces Champion and personally told me years ago that his GM scalps were around 80. He was the most selfless and giving master I knew and often gave suggestions upon passing by a game analyzed by beginners. His analysis sessions were legendary and people stood on chairs to catch a glimpse of his entertaining commentary.

There will be more details as they come available, but please post your stories here. A full obituary will be forthcoming as well as funeral arrangements. Below are a few of his gems and an instructional video that he left for us to enjoy!

IM Emory Tate conducting a 30-board simul.
He dedicated his entire life to chess.
Photo by Chris Torres

Read the dozens of articles on this site
about Emory “ET” Tate!