The time has come… today the World Chess Championship match will officially begin. We have waiting since Fabiano Caruana’s win at the Candidates Tournament to see who would face the reigning World Champion Magnus Carlsen. The buzz of this highly-anticipated match has already ratcheted up dramatically in the pass couple of weeks. Carlsen (27) of Norway will face Caruana (26) of the USA in a 12-game match in Holburn, London.

Both were were child prodigies, but their trajectories to stardom were a bit different. In fact, the trajectory seems to have changed again with Carlsen and Caruana positioned as the #1 and #2 players. This will be the first time in the undisputed era that the top two players have competed for the title in decades. The other appeal is the oft-stated parallels to the Bobby Fischer and Boris Spassky match. Caruana grew up in the same neighborhood as Fischer and like the legendary champion, left school at an early age to focus solely on chess. 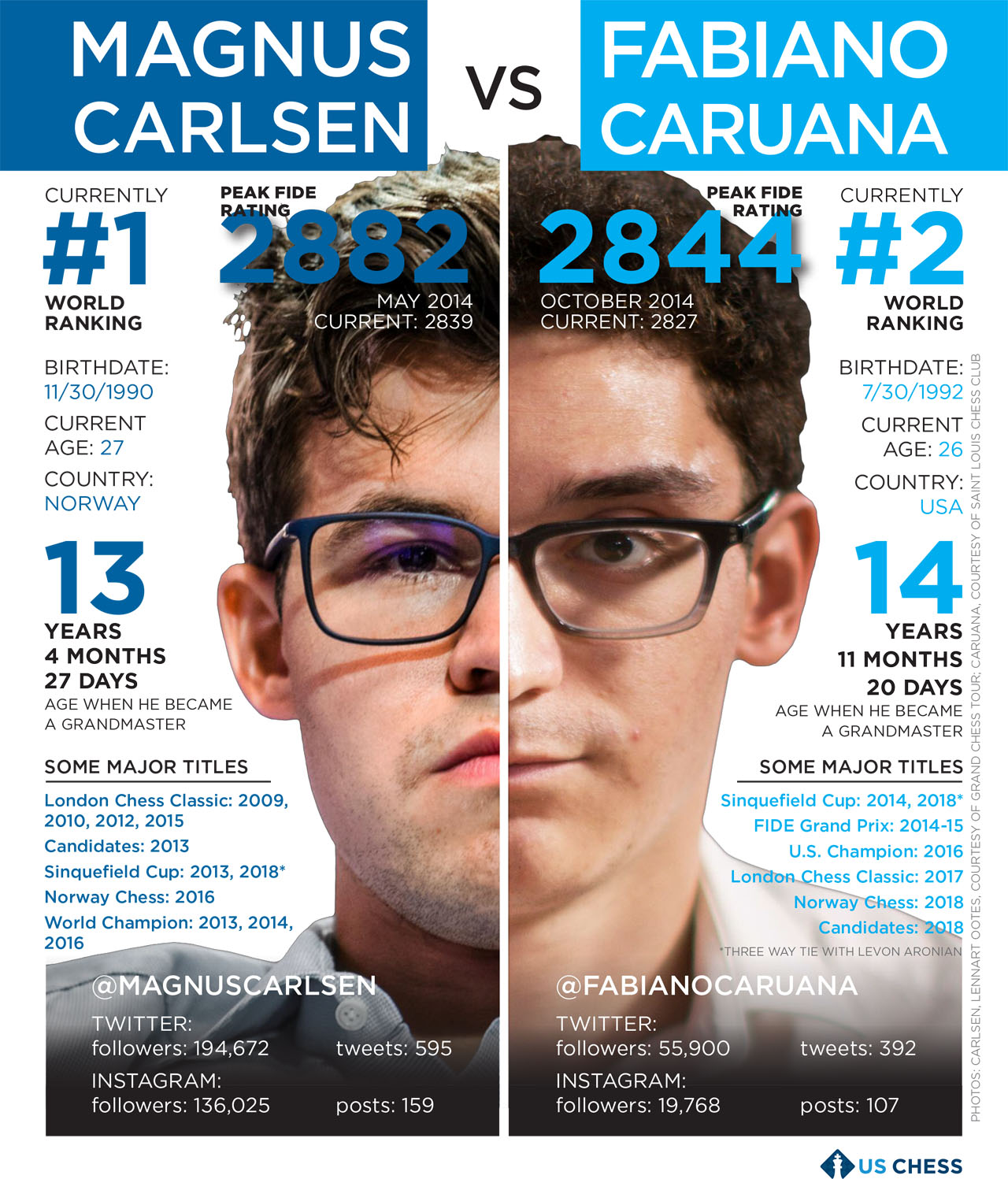 Image by US Chess/Chess Life

Carlsen’s reign has been an interesting one, but some anticipate this to be his toughest challenge yet. That is tougher the Carlsen’s match with Russia’s Sergey Karjakin who battled to a tied match after 12 games only to lose in tiebreaks. Carlsen fell behind in that match and while he won convincingly in the tiebreaks, few were impressed with his performance.

There are many predictions with most giving Carlsen the edge. My projection is that the match is virtually even. Carlsen has looked vulnerable the past year while Caruana has stabilized his play and is now only three points behind Carlsen. Will Carlsen’s tenacity and experience overcome Caruana’s even temperament and impeccable preparation? It will be quite a dynamic matchup. 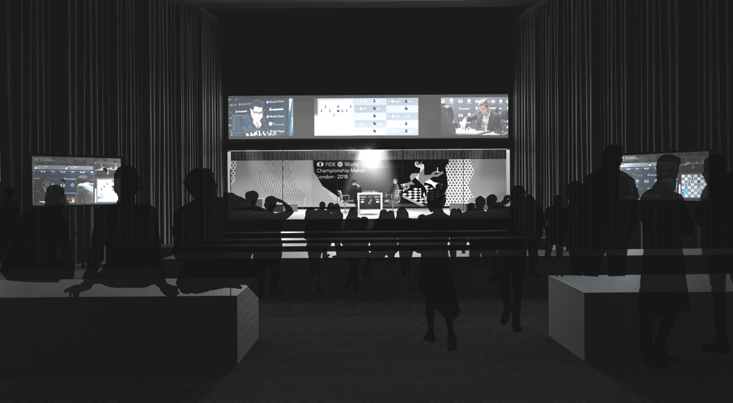 The drawing of colors took place at the Opening Ceremony and Carlsen will play black in the first game. After six games, the colors will actually reverse in the second six-game sequence. In other words, both players will play the same color in game 6 and 7. The time control is 40 moves to play in 100 minutes, the 20 moves be played in 50 minutes and the rest of the game will get a final 15 minutes.

There are a variety of places to enjoy the action and were compiled in a nice report by GM Ian Rogers. The Chess Drum will be providing daily reports and compile the best possible collection of content on the match. The reports will single-round posts, but each of the round reports can be viewed below in one long stream.