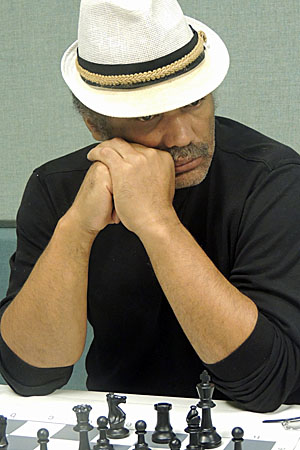 International Master Emory Tate passed away on October 17, 2015 leaving behind a chess legacy that was unparalleled for a non-Grandmaster. His handsome collection of GM scalps, his animated postmortem sessions and his willingness to share in his knowledge made him a popular and revered figure in the chess world. Since his passing, his presence has been missed by family, friends and the chess community at-large. He was one who thought about his legacy and how he would be remembered by those whom he loved.

I once had a conversation with Tate in which I tried to convince him to write a book of selected games. He scoffed at the idea. At that point, I knew I would be writing this story for him. Since last December, I have been compiling the story of his life with the hopes that his legacy will be one befitting of a man who dedicated his career to chess. In my research, I have found quite a treasure trove of information that has not reached the public eye.

In this biography, I cover his upbringing, his evolution as a player, his triumphs and struggles and the sunset of his life. The book will contain a number of this games, both the obscure and famous. While Tate was known for his slashing victories (Tate-Yudasin, de Firmian-Tate), and original opening ideas (The Tate Variation against the Alekhine after 1.e4 Nf6 2.e5 Nd5 3.c4 Nb6 4.a4 a5 5.Ra3!? with black 1.b3 f5 2.f4 a5!? 3.a4 Ra6!? 4.e4 Re6!? and 1.c4 d6 2.Nc3 e5 3.Nf3 g5!?!?) there is so much more to him. While he also has positional masterpieces and technical wins, he was perhaps known for the demonstrative and theatrical way he expressed chess ideas.

Apart from chess, Emory Tate was a colorful persona with an interesting background. What is not know to many is that family members called him “Dennis” to eliminate confusion with his older sister who was also named “Emory”. Emory Sr. wanted a legacy, but later had quite a strained relationship with his son, Emory Jr. In the book is the following tract:

“The Tates had to manage their sizable brood of nine children. Things were not easy for Dennis, particularly due to his tumultuous relationship with his father. He became a rebel early on, and his domineering father would not hesitate to exact a seemingly disproportionate punishment on Dennis. Much later would Dennis say about his father, “Only a grandchild, named after him, calmed his nerves …” Despite the strained relationship, Emory Sr. passed on his love of poetry, the outdoors and chess to his son. These are pastimes that Dennis would hold dear for the rest of his life.” 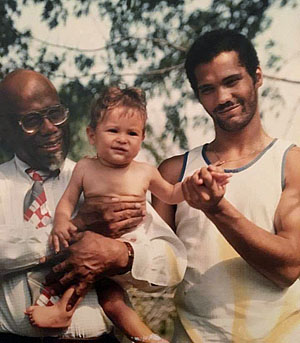 All of these factors shaped Tate’s personality and he became one to eschew the traditional paths to success. Chess would become his legacy. Even enlistment in the U.S. Air Force was a way to express his unique talents of multilingualism and his intense intellect. In the Air Force he established his legend by winning five Armed Forces Championships. It was there that he shined yet his failure to organize a regiment to ascend to Grandmaster ranks of chess would haunt him. During the 1987 NATO Championship in Denmark, his friend and Air Force mate Leroy Hill admonished him in a prophetic way.

Hill: “You’re a coward, Tate.”
Tate: “What do you mean?”
Hill: “You’re afraid. You’re afraid of success. You could become the first Black Grandmaster, but you’ll never become a Grandmaster unless you get serious.”
Tate: “Aw, don’t worry about it.”
Hill: “This tells the story of you. Unless you take it seriously, you’ll be just another talent that could have been. Get professional about it!” 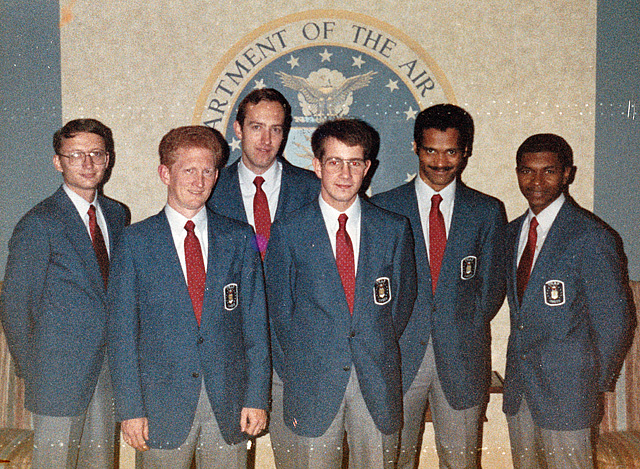 Following Tate’s ignoble separation from the Air Force, he set out on a course to find his salvation in chess, but it was not easy going. Despite his increasing collection of brilliant wins, he was unable to find a firm financial footing. He became a “Mad Max” chess warrior shuttling from weekend tournament to weekend tournament with the pace of a Fortune 500 CEO… approximately 1000 tournaments. It was in this fashion that Tate became a global brand. However, he was not keen to monetize his value. Ever giving he gave of his knowledge freely. However, there were times that his self-confidence led to humorous stories. This one involved GM Gregory Serper.

While Tate was high on confidence, sometimes his ambitions did not match his realism. In a telling anecdote, Serper recounts Tate showing him another one of his beautiful wins, whereupon Tate asked Serper, “What do you think, Gregory? Maybe I should go to the ‘First Saturday’ tournament in Hungary and get my GM norm? Then maybe I can even challenge Kasparov for a match.”

The funny part of this story was Tate’s reaction to a young Russian bystander for laughing aloud at his presumption. The Russian boy, who didn’t know Tate, was quickly berated in perfect Russian. Serper recalls Tate’s reaction: “Why are you laughing? Look at him [here Tate pointed at me], he is a Grandmaster, he knows me well, and he is not laughing! And you don’t know me, so why are you laughing?”

However, Tate was more than his chess. Beneath his hard shell was a beautiful soul. In the book, a chapter by this name tells a story of a Tate:

There was an inner beauty about Tate described in so many of the heartwarming stories about him. Reflecting on these accounts told by other people, one realizes that reducing him to his chess identity alone is indeed a disservice. His generosity, tendency to encourage and ability to inspire were rare traits in a world preoccupied with self-fulfillment. Tate thrived more while giving—and reminded one of the rich man who gave all his wealth away and found comfort living as a commoner. Sometimes he slept in odd places and, after his slumber, he arose to set off on new adventures … more souls to enlighten. 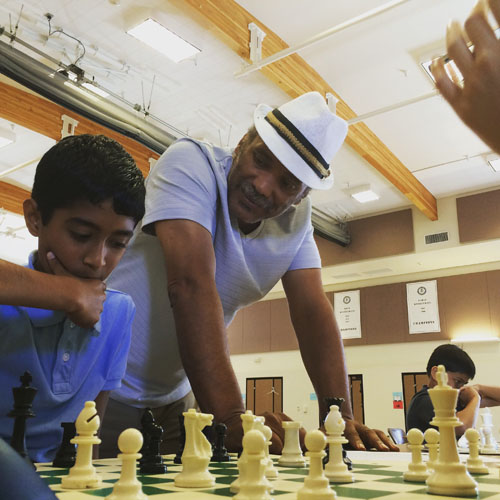 Emory Tate shares the joys of chess with his students at the
Chris Torres Chess Camp in Fremont, California.
Photo by Chris Torres

In all of this, I have 12 chapters spanning his life from his birth to the fateful day that he collapsed at the Shankland Open. Following are 24 puzzles featuring his combinations and two appendices of his games (annotated by a number of players) including three with his commentary. There is also an interview I conducted in 2006 and a photo gallery of rare photos. It is ironic that those closest to Tate did not realize the magnitude of his influence and the lives he touched. This became apparent as I mourned with the family at the funeral.

I was told that Emory rarely talked about his chess accomplishments around family members. Perhaps they didn’t realize the magnitude of Emory’s stature in the chess community until the days and weeks following his passing. Several family members recalled being moved by the sheer volume of stories and tributes posted on social networks and other media. While there were many different angles, what was common in most of them was Emory’s generosity and his love for family and friends … and sometimes even strangers.

Thus, I have compiled roughly a 300-page treatise on a chess icon… not the best player, but perhaps one of the most passionate about his craft. Tate was a phenom in a number of ways and no one understood him fully. Each of us got a piece of him … a piece he wanted you to have. Only when we put these pieces together did we understand what a marvel of a mosaic he was … the impressive, the impassioned, the impresario … Emory Tate!

This was Tate’s favorite chess photo… the look of a predator gazing at his prey.
Photo by Daaim Shabazz.