The Women’s World Chess Championship starts today in Khanty-Mansiysk, Russia (Siberia) with 64 of the strongest women players in the world. World Champion Hou Yifan headlines the field of players from around the world. India’s Humpy Koneru got invitation as the 2010 runner-up along with the two semi finalists Ruan Lufei and Zhao Xue, both of China.

Also in the field are the World Girl’s Junior Champions Anna Muzychuk (2010) and Deysi Cori (2011), 6 players by rating, 28 from the European Women’s Championships (2010 and 2011), 8 players from Americas, 12 players from Asia and Oceania and only 3 players from Africa, and two nominees of the FIDE President. 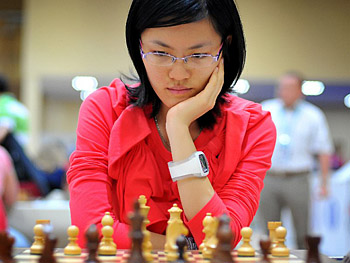 The tournament is taking place in what is quickly become the chess Mecca of the world, Khanty-Mansisyk, Russia and will determine the next challenger for China’s Hou. That match will take place next year.