Today the opening ceremonies will officially launch the 2014 World Chess Championship between champion Magnus Carlsen and challenger, Viswanathan Anand. In this highly-anticipated battle between the young and old generations, it will certainly make for a handsome book afterwards… the changing of the guard, so to speak. Is it really the changing of the guard? With all eyes on Sochi, Russia for the next three weeks, it extends the intrigue of Anand who has been a consummate professional with a storied career. 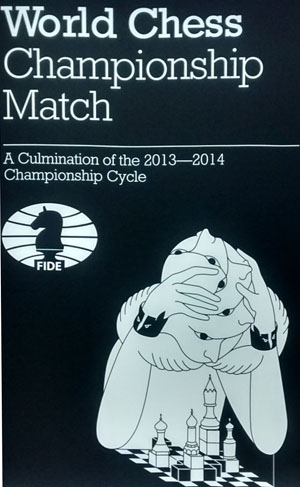 The Indian legend has held the world title five different times in all three championship formats. His experience will weigh heavily and he tries to reclaim his crown from the man who has become the face of chess. Last year, Carlsen had become the youngest world champion after having shattered many records of Garry Kasparov including the highest Elo rating. While only 23, he does not have the distinctive style of his champion predecessors, but makes up for it in his persistence and will to win. He will try to draw out the games into long maneuvering battles. He describes himself as a cross between Bobby Fischer and Anatoly Karpov.

The 12-game format will begin tomorrow on the 8th and include a total of seven rest days with the tie-breaks on 27th (if needed) and the closing on the 28th. There will be ample coverage from many sites with the official site offering extended functionality of analysis and live commentary done in many languages. Stay tuned for updates!