A crushing victory by challenger Viswanathan Anand over champion Magnus Carlsen today in a supreme example of opening preparation. Anand admitted in the post-game press conference that he had prepared as far as move 24, but had to check the subtle differences. In fact there were two main games that served as precedences in today’s game… Tomashevsky-Riazantsev and Aronian-Adams. 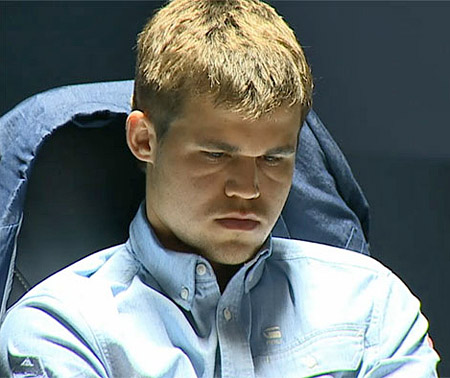 From this expression, Carlsen seemed perplexed at this position at move 17. He took a lot of time in the opening and perhaps did not realize that he was in Anand’s preparation the entire time. Later, he praised Anand on his effort. Photo by Chessbase. 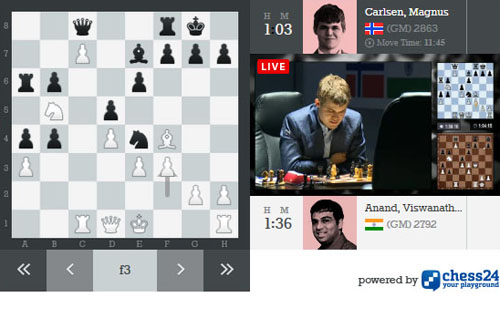 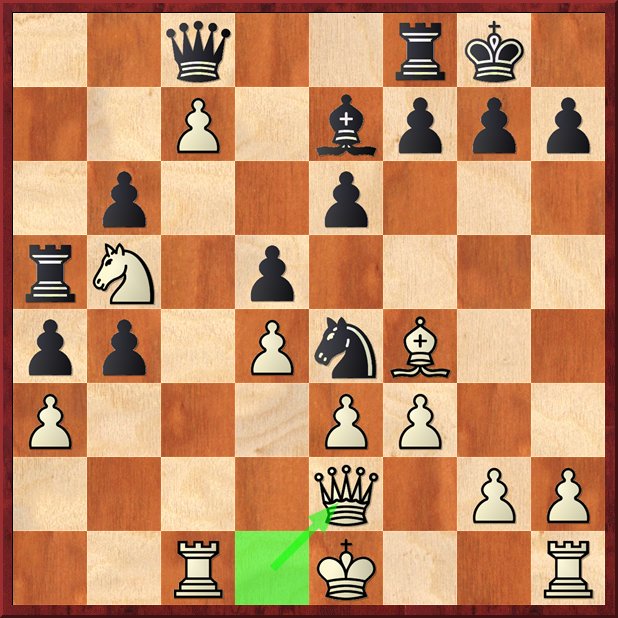 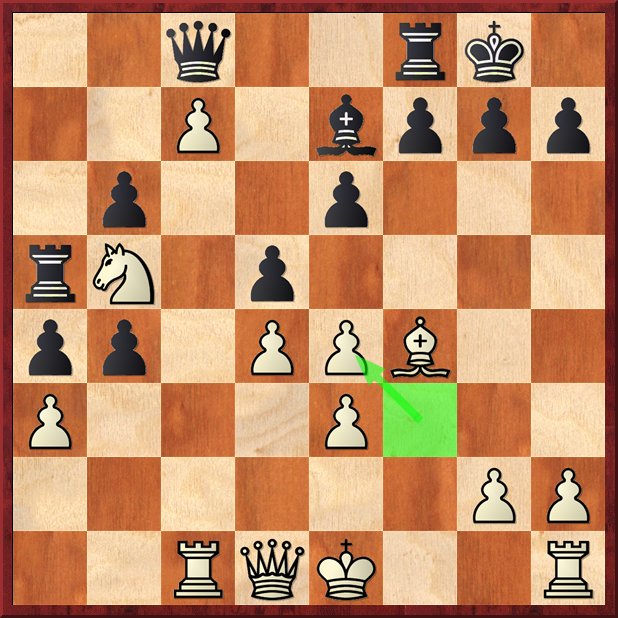 Anand improved on the Aronian-Adams (diagram #1) replacing 20.Qe2?! with 20.fxe4! (diagram #2) seen in Anand-Carlsen. This created lasting pressure and created the positional bind similar to what followed in Tomoshevsky-Riazantsev.

Anand said that he was familiar with all the material, but in a game of such important, one does not simply play instantaneously. In Tomashevsky-Riazantsev, white played 8.h3 instead of Anand’s 8.Bd3 and won the game cleanly in 36 moves. While this game deviated earlier it was even closer than Aronian-Adams which did not deviate until move 20 with Aronian’s 20.Qe2. Thus, Anand’s choice seems to be an improvement most certainly found by his team. Like a Tiger on the prowl, Anand followed the Tomashevsky example to arrive at almost the exact position after 26.Rc6. 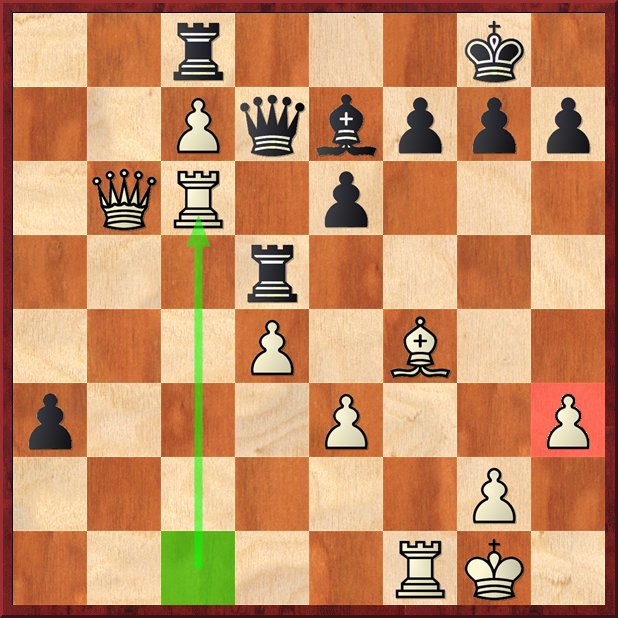 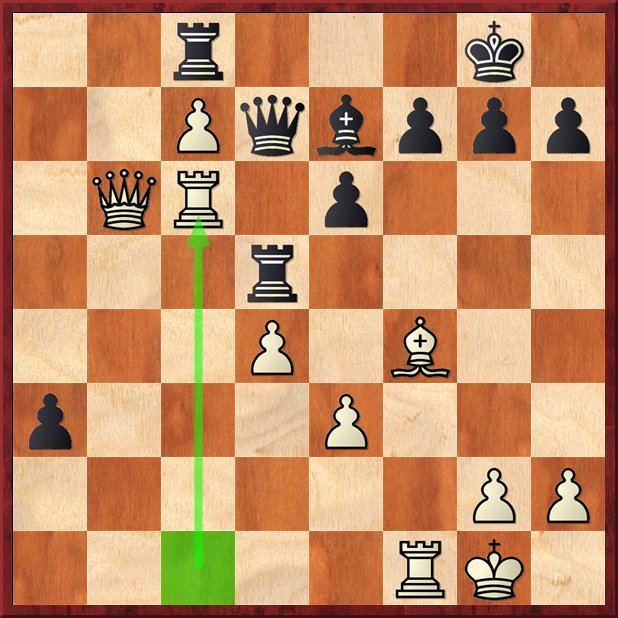 With Carlsen suffering the entire game, he lashed out with the desperado 26…g5? which brought all types of condemnation in Twittersphere and from the broadcasts. However, Anand felt that the position was still complicated and had to be wary of allowing counterplay. However, the 27…Bb4 and 28…Ba5 moves were simply losing. Anand finished cleanly with 33.e6! Kf8 34.Rc1 trebling on the bishop. Carlsen resigned. 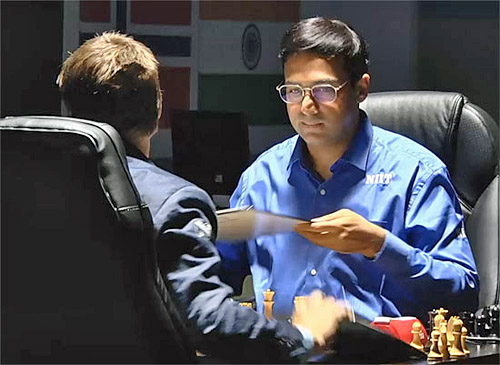 …and the match is even! Anand had to be pleased with the performance and also relieved to have evened the score after a nice comeback. This will be a match of wits as well. Now it is Carlsen’s turn to weather a loss. Photo by Chessbase.

Social networks blew up immediately citing Anand’s first victory in a world championship match against Carlsen and the first classical victory in nearly four years in 25 games. This is new territory for Carlsen who is defending his crown for the first time and also having to deal with a bad loss in such a situation. It is one thing to lose from a blunder, but another to be totally out-prepared and not have a chance to play normal chess.

Certainly the Carlsen Team will have to go back to the drawing board to repair the damage. Thor’s hammer has been broken… or was it his Hammer that was broken? Whomever was in charge of the preparation (GMs Jon Ludwig Hammer or Peter Heine Nielsen) will have to replicate the success of the first match and steer Anand from his legendary prep which commentator Peter Svidler touts as “top five” in history. Time will tell… a battle within a battle continues!