Journalists use their pens in a variety of ways. With a deft hand and cunning mind, a single article can move hearts, spur thoughts, and enrich souls. In the chess arena, a journalist has the task of presenting the intrigue of the royal game. Jamaal Abdul-Alim has been able to hold this intrigue in his years of covering chess events for U.S. Chess. 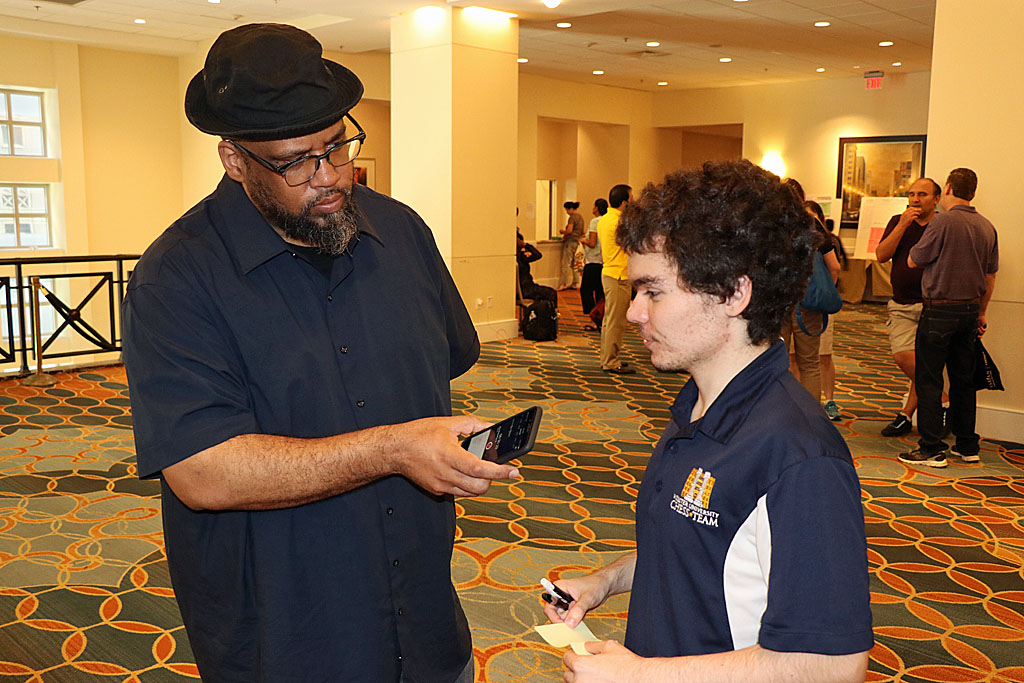 A Milwaukee native and 1996 Mass Communications graduate of the University of Wisconsin-Milwaukee, Jamaal fondly remembers being introduced to chess with the cheap plastic pieces and a board accented with olive green and black squares. As is common in chess stories, it would be his father showing him the moves.

My father and I used to joke about the fact that we were speaking French or whatever. It felt like we knew something kind of esoteric. We knew it was a special move.

Jamaal would graduate to a wooden chess set which he ultimately set up on a coffee table. It was more for decoration than for anything else. Practically skipping chess in his teen years, it wouldn’t be until 2005 that Jamaal developed a more profound passion for chess. While on an assignment for the Milwaukee Journal Sentinel, he reported on Quan Caston, a former Air Force reconnaissance photographer.

“The thing that impressed me so much about Brother Quan was how he used the principles of chess to teach Black youth about how to make good decisions and succeed in life. “You can think like a chess player out here on these streets,” Brother Quan told the young people enrolled in his program.” (story)

Jamaal has since covered many stories, including his time as a crime reporter in Milwaukee. After serving as a Knight-Wallace fellow at the University of Michigan, he moved to Philadelphia in 2008, where he got involved with the chess community. He reflected on a touching story about a student named “Dionte” as part of the After School Activities Partnership (ASAP) program.

“One of my proudest moments as a chess instructor at Philly ASAP is when — using a lesson I borrowed from a book titled, How to Beat Your Dad at Chess – I taught a young man named Dionte, who was about 10 years old at the time, how to execute a back-rank checkmate. I gave Dionte the lesson about an hour before a five-round tournament at Temple University. The lesson immediately came in handy. Dionte was losing badly, but then his opponent left his king vulnerable on the back rank. Dionte swooped in with a rook for the win. This enabled Dionte to get 3 out of 5 points and a third place medal. You should have seen how happy he was to win a medal at his very first tournament. And to think it was all because of that one lesson I taught him on how to do a back-rank checkmate. I sometimes wonder how much further Dionte could have gone if I had more time with him.” 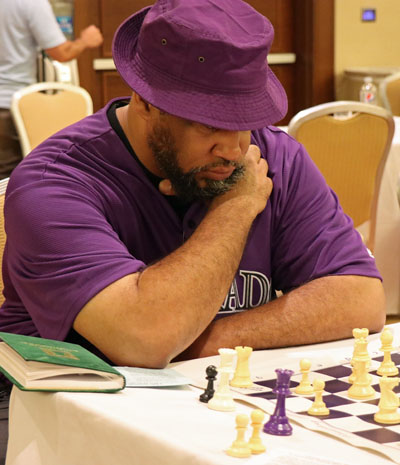 The same year, Jamaal then moved to Washington, DC after Barack Obama had been elected as the first African-American President. The city was buzzing and would be a goldmine for Jamaal to cut his teeth. He became a Staff Writer at Youth Today, an advocacy publication for youth development and covered everything from after-school programs to detention centers. Youth Today was published by Bill Treanor, who would retire in 2010.

Jamaal wanted to get back into the chess scene and moved to take advantage of the energy that was in the air in the nation’s capital. In fact, President-elect Obama visited the Sasha Bruce House, a youth shelter, in January 2009 to help paint a mural in observance of National Day of Service. It is also well-known that Obama is supportive of youth initiatives involving chess.

Jamaal reached out to administrators at Sasha Bruce and volunteered to start a chess program. He started bringing in chess boards and mentored the young players on the importance of getting into college. He would bring in scholarship books and guest speakers to reinforce the point. Some of his invitees included a college advisor, a Black female attorney and Nathan Saunders, and an educator who was part of the Washington Teachers Union. His idea was to expose the young people to successful Black professionals.

Besides his community involvement, Jamaal has held several posts at various media organizations. Some of his work includes writing on the educational sector for the Wall Street Journal, Education Week, The Atlantic, US News & World Report, and Diverse Issues in Higher Education. He is mostly known in chess circles for his articles in U.S. Chess Life and has served the publication since 2010.

Jamaal is active with the National Association of Black Journalists (NABJ) and won awards for journalism at the 2011 and 2013 conferences. In 2013, he was honored by Chess Journalists of America (CJA) as the “Journalist of the Year” and had won accolades in subsequent years. Other affiliations include the National Press Club and the Education Writers Association.

Jamaal has a daughter named Hadiyah Abdul-Alim, who at 12 years old, wrote an article for Chess Life for Kids. It was an enchanting and insightful article on her experience in playing a visually-impaired chess player from the Ukraine. She mentioned the differences in playing a blind player but also reflected on the candid conversation they had afterward. Hadiyah learned well from her father.

Jamaal continues to write for Chess Life and recently penned an article about Tanitoluwa Adewumi in Chess Life for Kids. In the current issue of Chess Life, he covers the 2019 World Open, which includes an interview with Le Quang Liem. Jamaal has been the Education Editor for The Conversation since November 2017. Finally, Jamaal was the interview subject on U.S. Chess podcast, “One Move at a Time” where he discusses the evolution in journalism and some of the inspirations of his work.

Thanks for your service Jamaal!

One Response to “Jamaal Abdul-Alim keeping the journalistic beat”