A nation of over a billion people are cheering after Dronavali Harika advanced to the semifinal round of the Women’s World Championships in Tehran, Iran. After defeating Nana Dzagnidze in the tiebreaker, she is on a history-making quest to become the first India woman in history to win the title. The other three countries represented in the final four have all had champions, including Alexandra Kosteniuk who was world champion in 2008. 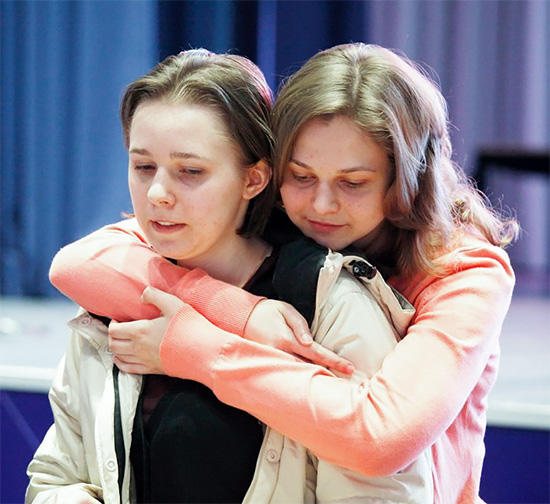 Will Anna claim the glory like younger sister Mariya?

Anna Muzychuk is trying to make history by being the first sister duo to hold world championships in chess. Her younger sibling Mariya Muzychuk won the last knockout tournament two years ago. Tan Zhongyi attempts to add to the Chinese dominance and become the fifth Chinese player to hold the title. Hou Yifan will abdicate her crown.

In round four, perhaps stamina becomes a factor. Former champion Antoaneta Stefanova lost focus an erred with after 34.d6! Qe6?! (34…Kh8) 35.dxc7 Nd5? Approaching the 40th move, Muzychuk sealed the result with 36.Qb5 when black’s position collapses. In Dronavali-Dzagnidze, the Indian positionally outplayed the Georgian and scored a smooth win.

In the second game, Dzagnidze came roaring back to equalize the match in an English. Dronavali’s pieces got tangled and she ceded a pawn in the middlegame. She was confident she could hold the draw in the rook ending, but even with her active rook, she couldn’t manage. She was slowly pushed back and Dzagnidze converted the point to level the match 1-1.

The biggest upset of the round was Ju Wenjun falling to Tan Zhongyi. In fact, it was revealed in the post-game press conference that Tan has had quite a bit of success against Ju and won another tiebreak match against her in a Chinese tournament. The top seed allowed black good play and there was a buzz in the air after 16…Bc2!

Tan Zhongyi is in with a real chance of knocking out top seed Ju Wenjun! https://t.co/AYaSzidu5G #WWCC2017 pic.twitter.com/jS1TcmnpTQ

Bad news for Ju. The move 16.g4 was definitely a risk that came to hurt her later. After 19…Bd6! the white queen was overloaded and she had to donate material. In a weird ending white had two knights and a bishop versus two rooks, but the active rooks demolished the clumsy minor pieces. Ju blundered in time pressure with 37.Ke3?? and 37…Rxe2 wins trivially.

Alexandra Kosteniuk is attempting to reclaim the crown and made a statement that she had already done better than expected. She was facing a 19-year old upstart who had already beaten two of her Russia compatriots in Valentina Gunina and 2015 finalist Natalija Pogonina. This game would be one of the close study and the ending was definitely better for white with her two bishops and extra pawn.

Kosteniuk probed and probed until she found the right plan and set up a cute finale with a deflection mate in two. Out of the ten Russians who made it to Tehran, there was still one standing… and she is perhaps the best candidate given her experience.

Kosteniuk: "I already overcame my expectations, which were to reach the R3. Fortunately, I only bought an one-way ticket to come to Tehran!" pic.twitter.com/WWmWCQZcpu

There would only be one tiebreak with Dronavali and Dzagnidze. In the first tiebreak game, Dronavali opted for 1.e4 and faced a Kan Sicilian. The game got tactical, but when the queens were traded, white had a slight advantage with the two bishops and space. What more could you want? As the bishops zipped around the board, black’s pieces could not gain any mobility and was slowly squeezed.

Black managed to simplify into a rook ending, but white’s rook on the 7th and aggressive king was compensation for the pawn. Dronavali showed a bit of technique and ended the game with the smart 47.Rxa3! when white pawn will go through. Dzagnidze resigned a few moves later. In the second tiebreak game, Dzagnidze ran out of gas and was also outplayed, but the Indian offered a draw in a winning position.