Round two of the Women’s World Championship was filled with twists and turns. There were seven tiebreak games with two going into Armageddon. Tan Zhongyi showed resilience by staving off three different elimination games to force a final sudden death game. The last game Tan had black with time-odds deficit and was able to hold. It was a good day for the Chinese as they maintained four candidates, the highest number of any federation.

It was a disastrous day for Russian players. Russia started with 10 and are down to two. One of the biggest casualties came at the hands of Ni Shiqun, an unheralded player from China who was more than a hundred points lower than her highly-fancied opponent, Valentina Gunina. Russia lost five matches, but national team members Olga Girya, Alexandra Kosteniuk and Natalija Pogonina went through. Gunina was brutally crushed by Chinese upstart Ni Shiqun.

Georgia started with a eight players and have two remaining. Two of their survivors won thrilling matches with two Georgians with the names “Nino” battled until the Armegeddon game. This match was an even affair, but it was Nino Batsiashvili who had better chances throughout. In the Armegeddon game, she was completely winning and somehow allow Nino Khurtsidze to turn the tables. 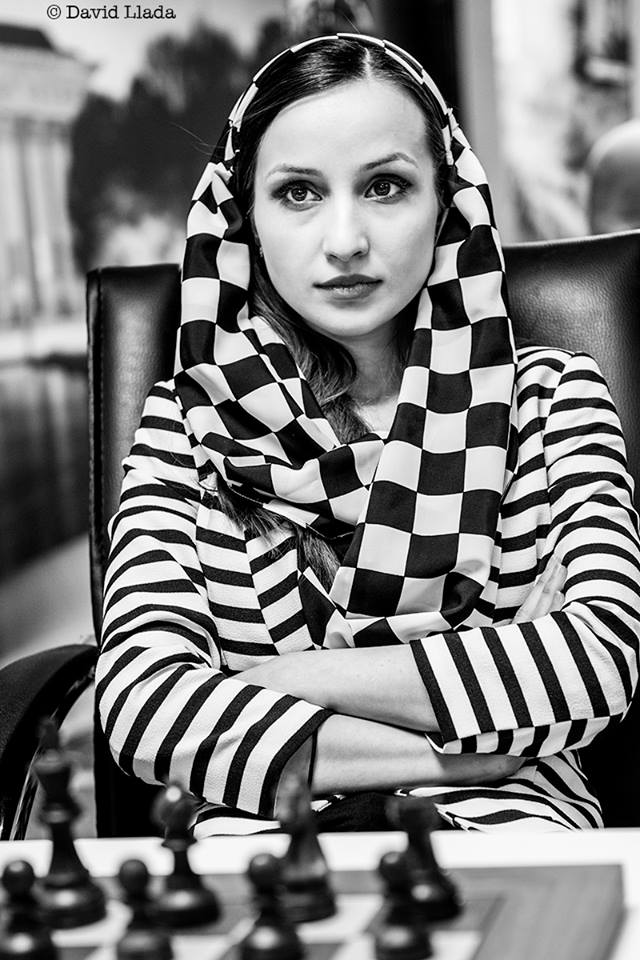 Georgian Sopiko Guramashvili certain won the award for best photo in the round and her chess-themed hijab seemed to yield results. Photo by David LLada.

In a brutal fight against Natalija Buksa, she was down a point and needed a win to stay alive. Despite outplaying Buksa she ended up a piece up in a R+N vs. R ending. It seemed that Buksa was easily hold the draw and move on, but a bit of fate occurred during the time scramble. In the diagrammed position, instead of 126.Ke1= (126…Rxa2 stalemate) Buksa blundered with 126.Kxe3?? and 126…Rxa2 ended the game. The chess community was aghast at the turn of events, but Guramashvili simply signed the sheets and walked off as if it were an expected result.

In the last 5’+3″ game, Buksa fell behind in the opening, lost the tactical thread on the position and dropped an exchange. With her wrecked pawn structure and passive knight, she was unable to hold and Guramashvili would advance. 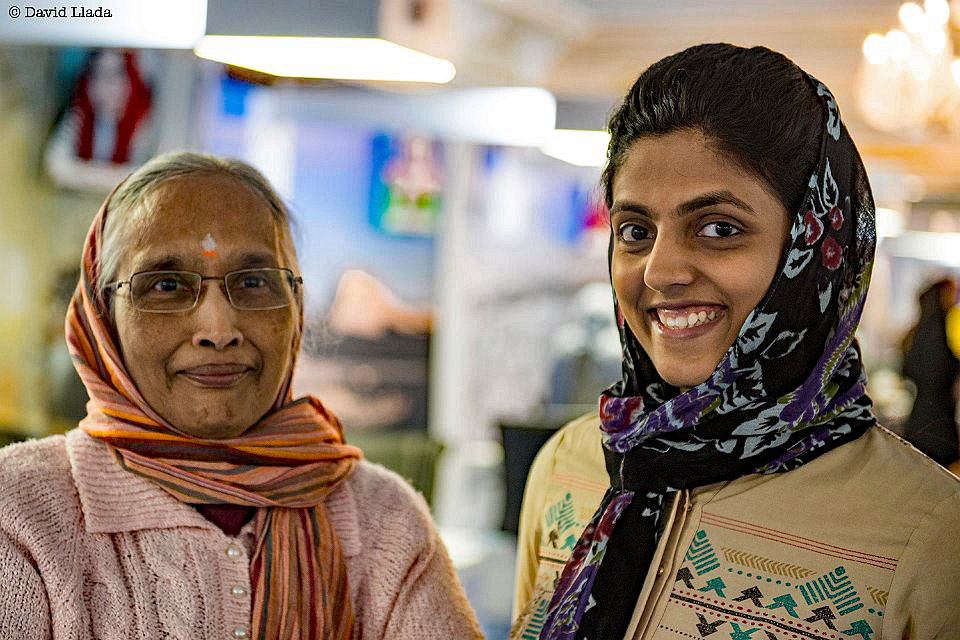 Two Indian players will advance. Dronavali Harika and Padmini Rout have been seen enjoying the experience. Harika has a strong support system and has brought her grandmother along! Photo by David Llada.

So the tournament goes down to the last 16 players. Apart from the Indian duo, four Chinese, three Russians, three Georgians remain. In addition, there is one player from Bulgaria, Ukraine, Vietnam and Sweden. 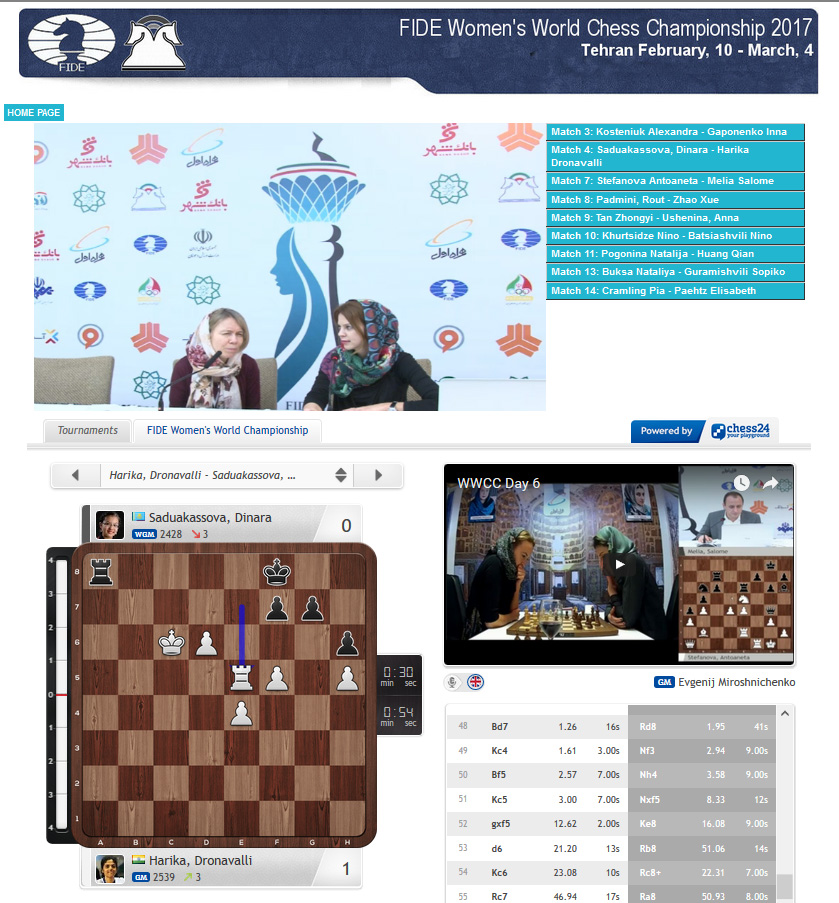 Pia Cramling may be the story as the congenial 53-year old has been at the top longer than some of the players have been alive. Always very gracious and humble, she looks forward to her epic match with Alexandra Kosteniuk.