The opening round kicked off in Tehran, Iran leaving behind a cloud of controversy. As the clouds passed, the opening ceremony officially kicked off the championship and pairings released. Russia brought ten players, while Georgia had eight and China had seven. During the Opening Ceremony, there was a moment of silence for Cristina-Adela Foisor who had passed away prior to the tournament’s start. Her daughter Sabina-Franseca Foisor received gifts and condolences from the attendees. It was a touching moment. 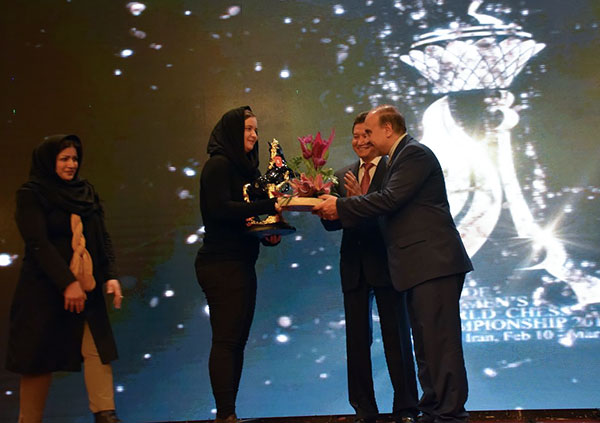 With the opening of the tournament, there were some complaints about the air conditioning which prompted an inquiry from the Association of Chess Professionals (ACP), but they were soon rectified.

There were a couple of upsets including Elina Danielian (Armenia), Natalia Zhukova (Ukraine) and Lilit Mkrtchian (Armenia). Mona Khaled of Egypt scored an upset victory over Nana Dzagnidze putting the Georgian player at the brink of elimination. 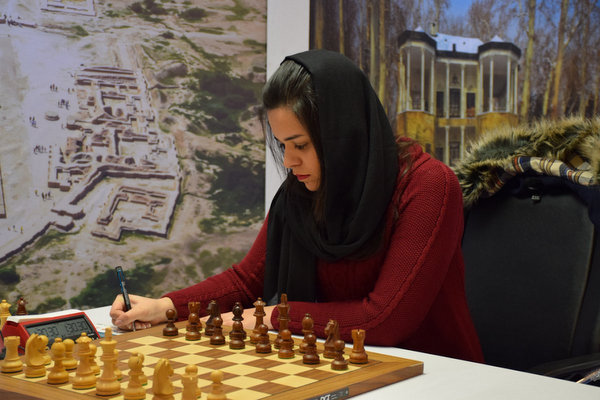 Mona Khaled of Egypt had her chances.
Photo by Reza Mahdipour 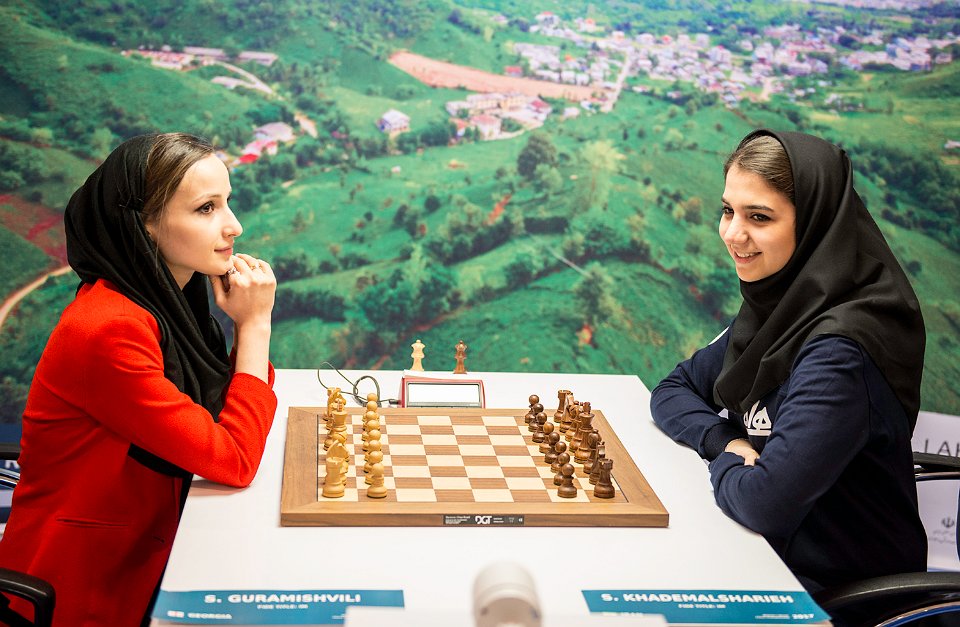 The Chess Drum is 16 Years old!