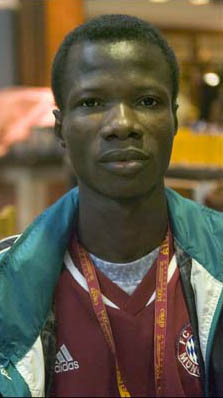 African Championships for Zone 4.2 took place in Abuja, Nigeria and finished on Sunday, June 24th. IM Bunmi Olape (pictured right) bested the field of ten with an undefeated 7.5/9. There were five nations representing their flags with host Nigeria, Egypt, Uganda, Sudan and Ghana competing. In the women’s section there were eight players representing Nigeria, Egypt and Uganda. Here are the final tallies.