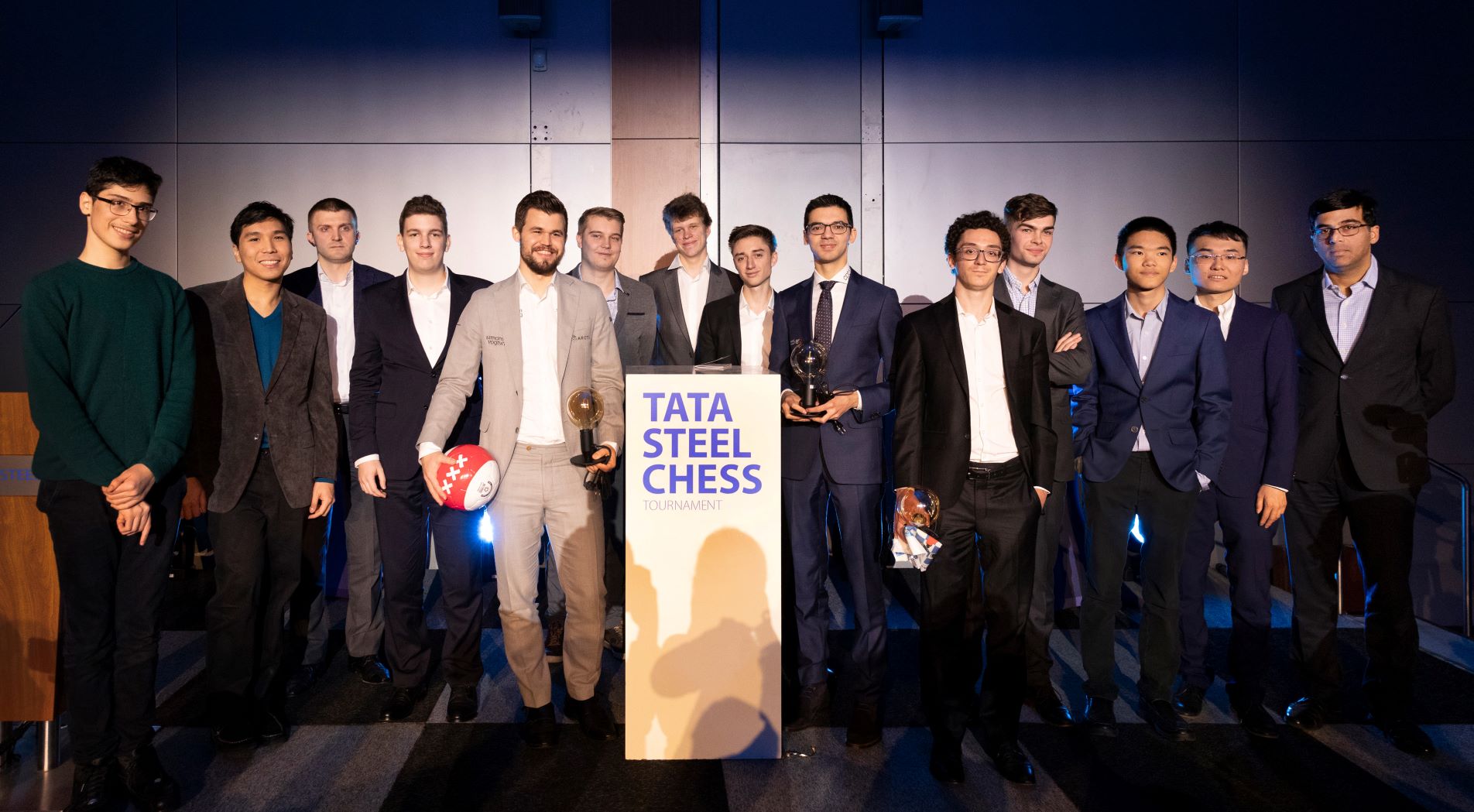 Coming off of a blistering 2019, Magnus Carlsen winning the Grand Chess Tour, he starts off the 2020 campaign seeking his 8th Tata Steel title. He won the event last year 1/2-point ahead of Anish Giri who is also returning. One of the criticisms of chess is that top-level events feature the same 10-12 players.

The effect of playing the same players is (1) players get familiar with each other and (2) their preparation becomes more precise. Thus, the games mostly end in 80% draws approaching the rate of draughts. GM Jonathan Tisdall made an interesting observation via Tweet…

Every year, the format of #TataSteelChess with its extra rounds and cadre of young talents, is a breath of fresh air. Why don't more major events do this?

Nevertheless, the good thing about the Tata Steel Chess event (besides the pea soup) is the diversity of the field. In general, the organizers are able to pull together a mixture of world-class talent, cagey veterans and rising stars. Both Alireza Firouzja and Jeffery Xiong will be making their first appearances in the Masters section. Firouzja won a silver medal at the recent World Rapid & Blitz Championships. Xiong played in the Challengers section back in 2017 and 2018.

? | Alireza Firouzja came to #WijkaanZee to play with the top players and get some experience. #TataSteelChess pic.twitter.com/IKzxUU6hLe

The previous winner of the Challengers section gets an automatic berth to the Masters section. That honor goes to Belorussian player Vladislav Kovalev who won the group last year by 1.5 points. This field is even younger with several of the participants being less than 20 years old. Last year was saw India’s Rameshabu Praganandhaa, but this year 15-year old Nihal Sarin will carry the flag.

Other young talents here are Nodirbek Abdusattorov (15), Anton Smirnov (18), Lucas van Foreest (18) and Vincent Keymer (15). Both van Foreest and Keymer played last year finishing in the bottom half. Dinara Saduakassova also played last year and is the only woman in either section. The veterans of the field are Pavel Eljanov, Surya Shekhar Ganguly, Rauf Mamedov and Erwin l’Ami… all in their 30s.