On the heels of the stunning campaign victory by President-Elect Donald J. Trump, the World Chess Championships (#worldchess2016) will be officially opened by FIDE and AGON. New York has been the scene of a raucous campaign and hopefully Americans will look for a nice diversion to take their minds off of such a contentious and bitter debate. It is interesting to note that this match starts with bitter feelings between the players. Perhaps WCC will need a controversy to get any media attention.

AGON CEO Ilya Merenzon will certainly be looking for any opportunity to gain traction in the media space, but there have already been complaints about the website. The biggest media coup has been a countdown on the Huffington Post. However, AGON has attracted heavyweight backers such as BMW and Four Seasons Hotels. In addition, chess24 has announced that they will carry the games live in contravention to AGON filing for an injunction. Nevertheless, the audience stands to be in the tens of millions.

The matchup between Carlsen and Karjakin will not have the drawing power but there is a war of opposites: the dashing Norwegian bachelor from the West versus the rather ordinary family man from the east. These characteristics come front and center in their styles and Carlsen tends to take more risks without any predictable patterns of play while Karjakin is very steady, surgical and emotionally unflappable. Carlsen has never faced a deficit and it will be interesting to see how he reacts when falling behind. He has a tendency to become emotionally unhinged when he loses.

Since Carlsen has ascended to the #1 player he won his first world championship beating Anand in 2013 and then in a return match (after Anand surprisingly qualified) defended his crown in 2014.

Sergey Karjakin left his native Ukraine for Russian in quest of better training and opportunities to challenge for the world championship. In March of this year, he surprisingly bested a strong field of competitors earning the right to challenge Carlsen. None of the odd-makers are picking Karjakin (#9 in the world) to win the crown and only a 21-31% chance of victory. The chess pundits have also be decidedly one-sided without even one choosing Karjakin to have a chance. 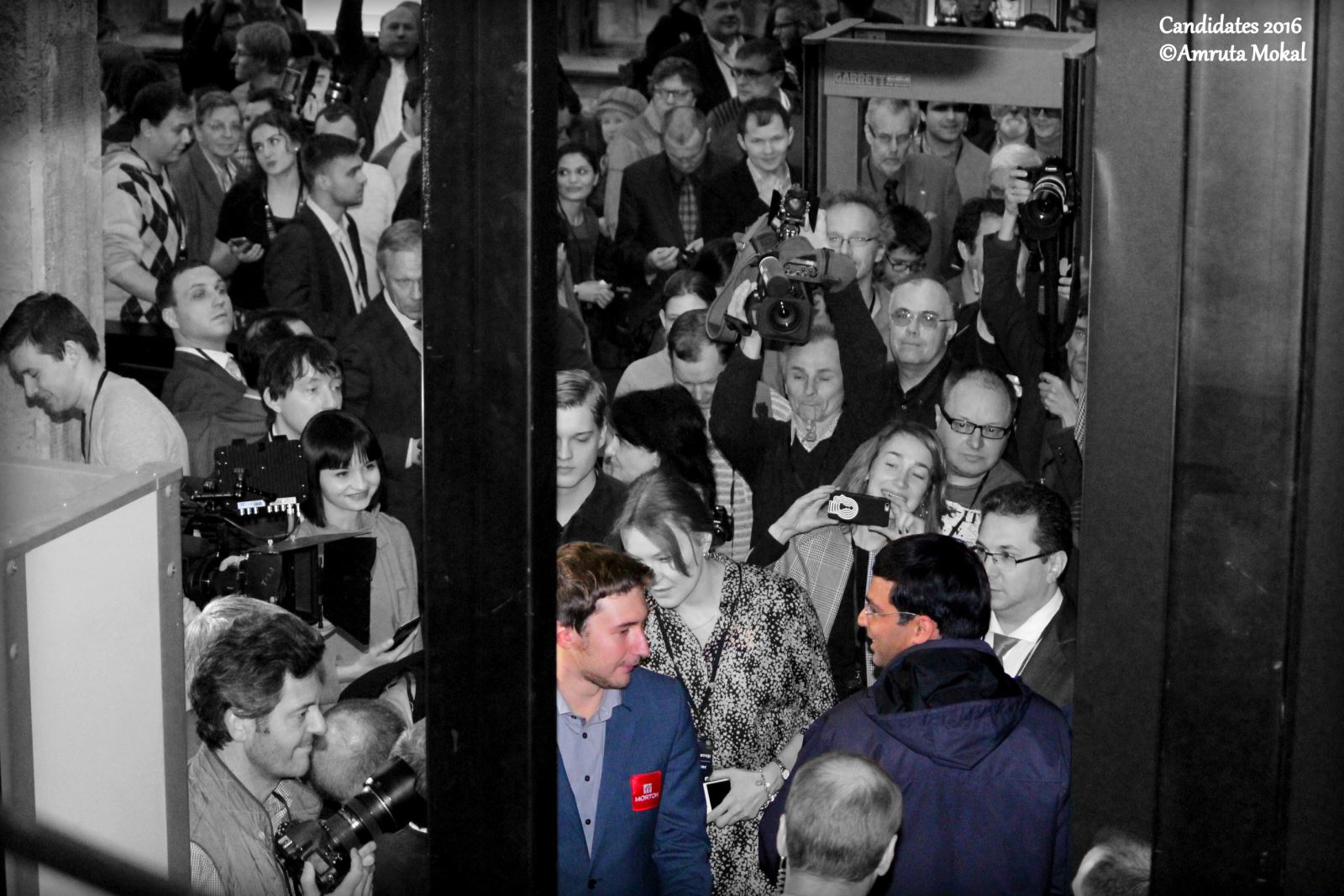 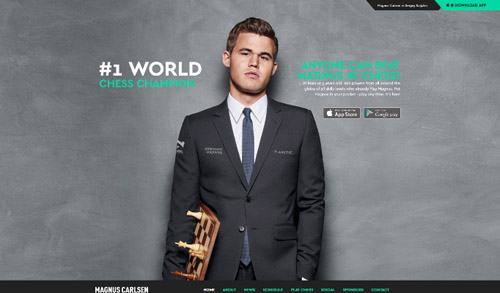 After Trump’s improbable victory over former Secretary of State Hillary Clinton, perhaps there is something brewing in New York. Clinton supporters relaxed and assumed victory just as the Carlsen supporters are doing the same. Can Karjakin catch Carlsen napping? Of course, Carlsen may have learned a lesson from the U.S. Presidential campaign. Stay tuned!

The 12-game format will begin tomorrow on the 11th and include a total of seven rest days with the tie-breaks on 30th (if needed) and the closing on the next day. There will be ample coverage from many sites with the official site offering extended functionality of analysis and live commentary done in many languages. Judit Polgar has signed on to do commentary as well as a number of guest Grandmasters.

The #WorldChess2016 battle of a century starts November 11th and you can watch it in multi-cam virtual reality: https://t.co/Lg9QjTBpt3 pic.twitter.com/5EG8VS0ypV

Thus, thousands have signed up for full access to online coverage. The online options start at US$15. Tickets to view that action live range from US$75-US$1200 with the entire premium package going for US$3,000. The match will take place at the Fulton Market Building – Seaport District, NYC (11 Fulton Street, New York, NY 10038). There will be limited seating with capacity for 300 guests.

The opening ceremony will be Thursday, November 10th and the first game of the 12-game match will be the following day beginning with the closing of the match on November 30th. The games begin at 14:00EST or 20:00 CET.Follow the action!