In this year of the chess championships, we will witness the loftiest of goals of a chess player. Of course, each of us have goals whether it be modest rating target, earning a title, winning a tournament prize or playing in a famous venue. While IM Jay Bonin has set records for number of games played, Michael Abron had his eyes on a chess goal that is rare indeed. Back in October he became the 6th person to play in all 50 U.S. states. 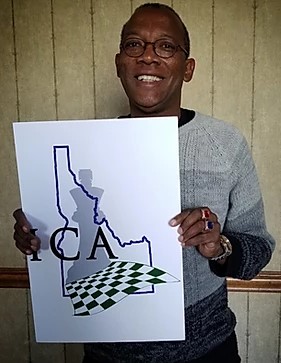 Michael Abron visiting his 34th state of Idaho where he won the tournament!
Photo by Idaho Chess Association

In the 70s, Tennessee was not known as a hotbed for chess activity, but the “Fischer Boom” touched the state just as it spread throughout the country and world. When Abron was at Austin-East High School in his native Knoxville, Tennessee in 1972, he was bitten by the chess bug during the championships match between Bobby Fischer and Boris Spassky. He became intrigued as media coverage enthralled an entire nation. He picked up a few books and began his chess journey.

The first tournament I played in was in Austin-East High School where I ended up winning the tournament and a fabulous chess set by defeating the sponsor of the chess club in the final round. I started playing in USCF chess tournaments in 1978 and eventually won the Tennessee Amateur Championship in 1991 with a score of 6-0 undefeated! 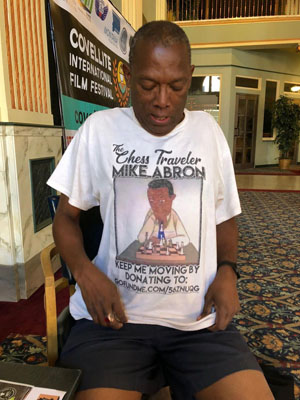 It wasn’t until some 30 years later that he started to toss around the idea of playing in all 50 states. The June 2008 issue of Chess Life had a cover story on Jerry Dennison and mentioned other chess voyagers. Abron was mentioned along with Alan Kobernat, Joe Felber, David Cole, and Alex Relyea. Then residing in Maryland he set out to accomplish this goal.

Back in January 2019, Abron wrote The Chess Drum stating that he only needed to play in South Dakota and Alaska to complete his goal. When he finally completed the goal in October 2019, he also became the first person of African descent to do so.

“Chess is a sea in which
a gnat can drink and an elephant can bathe.”

With his trip to Alaska in 2019, he completed the task during Alaska’s “National Chess Day” in October. What was interesting was that at the U.S. Chess Delegates meeting in Orlando, Alaska has just been given its state affiliate status. It was great timing for Abron.

When asked for his favorite play, he diplomatically said, “All the places were great, but I suppose that Hawaii was the most intriguing because of its warm beaches, beautiful women and Banyan trees.”

The 65-year old retiree is not finished. He now has his eyes set on conquering the world and is investigating places for visit in Africa. He has a quest to play in all continents. Antarctica may be a bit challenging, but he may be able to get the others. He summed up his experience by saying,

I know that life is a journey and that you ought to live it to its fullest! I met a lot of wonderful and generous people, stayed in a lot of marvelous places and had many fabulous experiences. If I can anybody, anybody can with inspiration, dedication and perseverance. 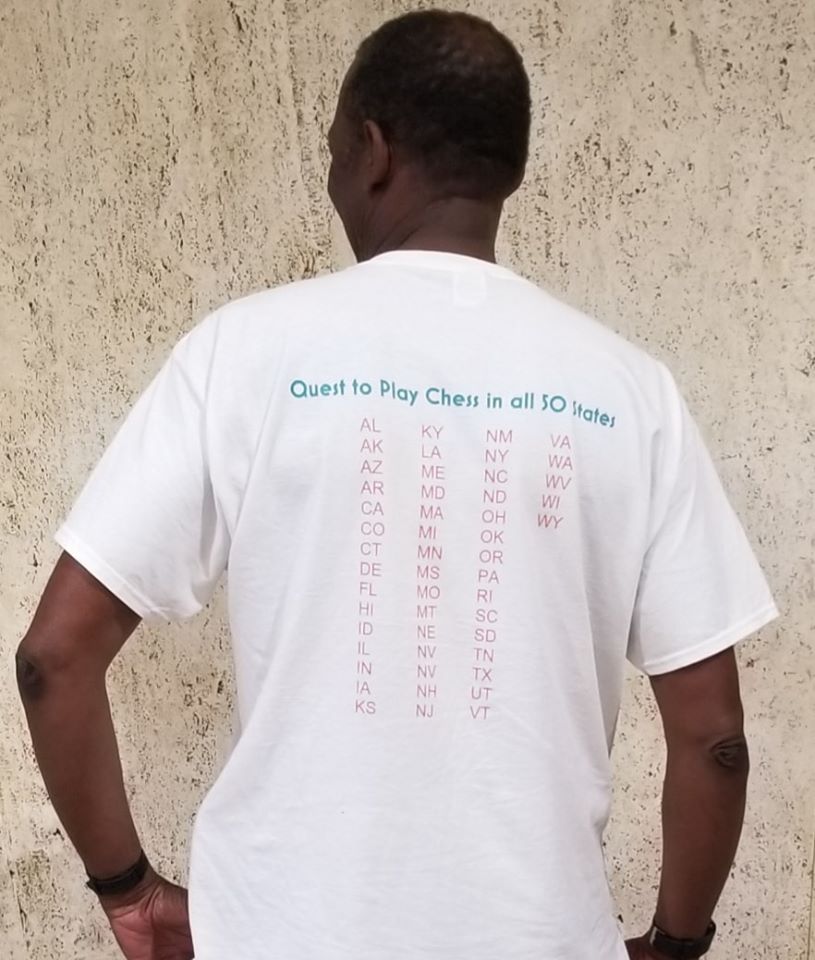