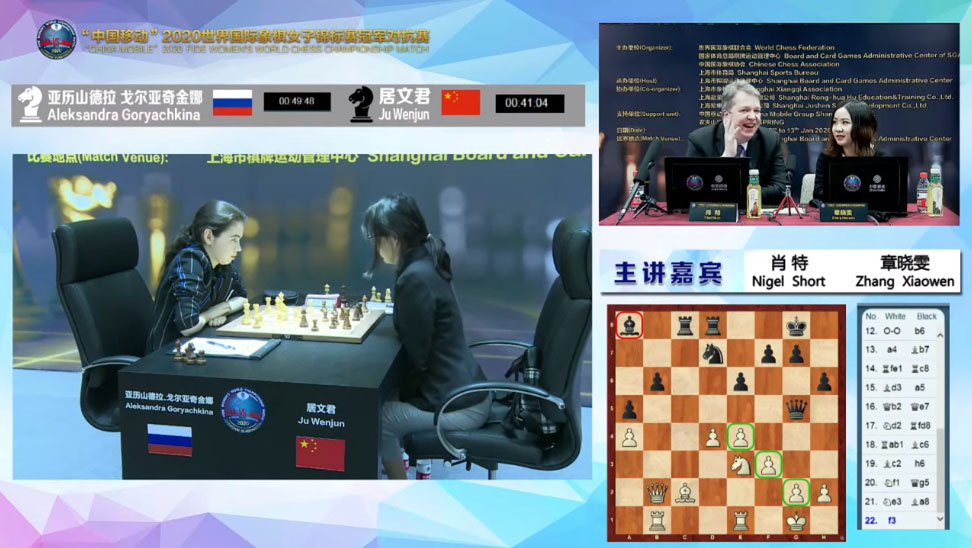 Goryachkina peeks at Ju who was under pressure throughout the game.

Another draw in today’s encounter keeps the match even. Ju Wenjun is the reigning champion, but had to suffer in the third game to keep the match level. Aleksandra Goryachkina got the early initiative putting Ju on her heels. The Chinese player could’ve gained strong initiative with 23…Ne5!

Both Nigel Short and Zhang Xiaowen analyzed some critical lines concluding the tide would turn. Unfortunately, Ju played a more cautious continuation 23…Rdc8 and was forced to defend the rest of the game. After the seemingly obvious move, Short was discussing the intense pressure of a championship.

Goryachkina kept the initiative after winning a pawn with heavy pieces remaining. Would Ju overly cautious play put her in the hole? As the game transpired, Goryachkina was trying to hard to force the advantage, but began to run short of time. She continued to hold the edge but allowed Ju to steer the game into an easily drawn ending. 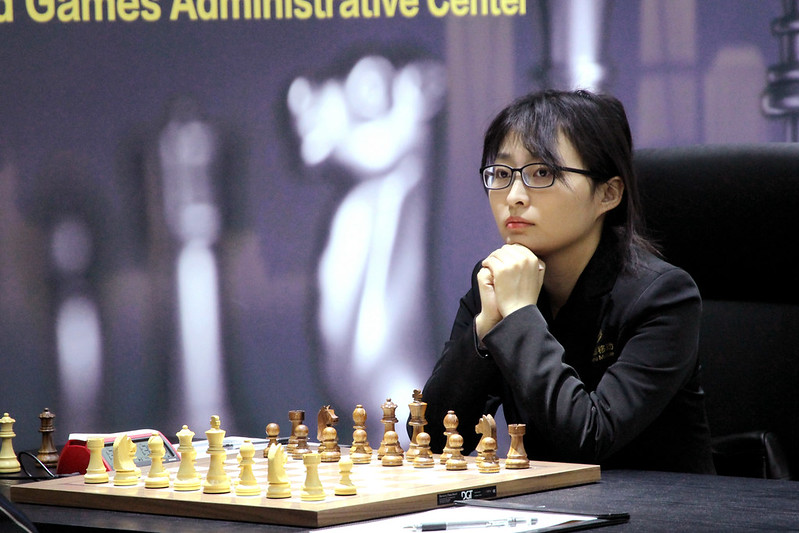 This game is a bad omen for Ju as she is playing cautiously and seems to be lacking decisiveness. She was clearly losing, missed a tactic to turn the tables and ended up under pressure for 50 moves. If she falls behind going to Russia, it will be difficult to rebound from such a deficit. It may be that Game 4 will be the key. It is doubtful that Ju will use her white game with 1.e4, but look for more surprises.