Chess is used in sports analogies frequently and many athletes will pride their strategic acumen to “playing chess.” While most of these statements are figurative, some athletes are actually passionate about the game.

Lennox Lewis is one of the famous names to credit chess as well as the Klitschko brothers (Vladmir and Vitali), Shaun Alexander and perhaps the most well-known supporter of chess, John Urschel. More recently two more athletes graced the news pages with a professed affinity to chess. 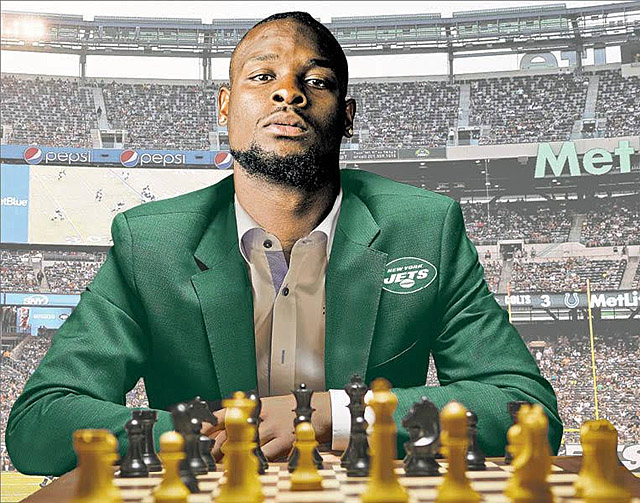 Recently the New York Post ran a story about Le’Veon Bell who learned to play chess back in his hometown of Columbus, Ohio. Bell is a two-time Pro-Bowler and is known by his deceptive style of running which relies on cutbacks, delayed acceleration, feints and finding small openings to gain yardage. In actuality, Bell has a thinker’s running style.

Kyler Murray learned at Deagan Elementary School from one of his science teachers. According to a recent feature on ESPN, Murray had already been adept at board games and routinely dominated relatives at Scrabble and Connect 4. His experience was a testament that the image of chess has changed a bit.

Chess may have been one of the activities that may have helped Murray keep his composure on the field. He never abandoned games he was losing or swept the pieces off the board. This is the demeanor that led to his All-American quarterback and Heisman trophy winner at Oklahoma. He is currently the starting quarterback for the Arizona Cardinals. 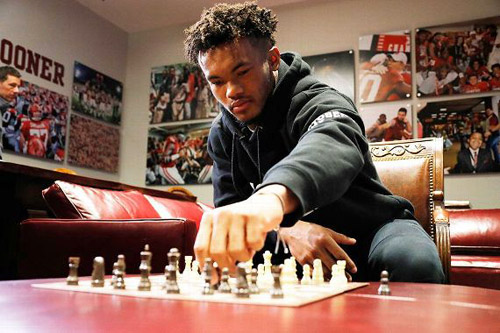 Is there much credence to athletes claiming to benefit from chess. One has to admit that while chess may not be able to assume credit for one’s excellence, it does help one to think in a very disciplined and methodical way. At the least it is wonderful exercise for the brain.

“The chess club that I had wasn’t perceived as a nerdy thing or just for the intellectuals,” said Staten, who became Murray’s home room and science teacher in fifth grade. “It was just a popular thing among everybody. We had all types of people in there, from students who had a hard time learning and doing well, to students who were straight A’s and gifted and talented, to the athletic kids. It was a real good mixture of everyone.”

Society has many different views of chess. For some, it is the embodiment of good decision-making skills and for others an esoteric activity for socially-awkward geniuses. While the chess metaphors dominate business and athletic sphere, they are also somewhat overused and overstated. Nevertheless, the fact that chess can provide athletes with tools to think more tactically and strategically may be enough to claim that chess is a wonderful tool for enhancing one’s performance in any given endeavor.

Josh Weinfuss, “How the Cardinals’ Kyler Murray uses chess to stay (at least) one step ahead,” 31 October 2019