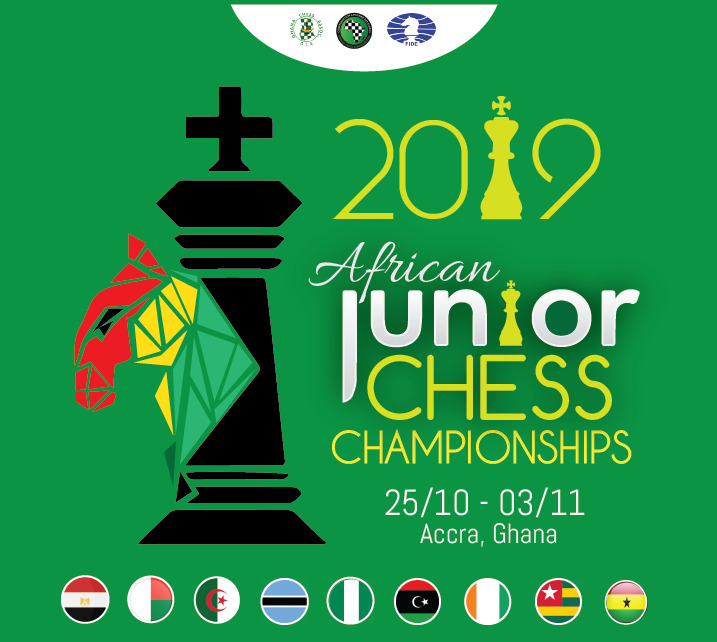 The 2019 African Junior Championship was an exciting event with the results very much in doubt until the last round. In general, the tournament is usually dominated by a singular talent, but in this year’s event, the top-seeds had to hold off the competition until the very end.

This year’s events were won by GM Adham Fawzy of Egypt and WFM Luiza Pires of Angola. Adham had to rally to nip the competition with three consecutive wins at the end. He successfully defended his 2018 title. Pires dominated the event, leading throughout and yielding only two draws.

Angola has been a consistent incubator of African talent since the late 1980s. At one time, they wielded five International Masters when few African federations had no titlists. IM Manuel Mateus was one such promising junior player and while there was no African Junior Championship during his time, he began a winning Angolan tradition.

Adham Fawzy was the only Grandmaster in the field and was coasting until round six when he took a loss to Adham Kandil. IM Fy Rakotomaharo had sole possession of 1st place for a couple of rounds, but was defeated in the penultimate round by FM Massinas Djabri.

Nigeria’s Issac Okeke was in joint 1st (with Fawzy) going into the last round, but lost to Djabri and was left off the medal stand. While West Africa is beginning to make a push, it will take a determined effort to see the type of progress needed to consistently compete for medals.

After Fawzy’s lost in round six, it was big news. We usually get excited at upset victories or the fact that Goliath was defeated. There was anticipation for a breakthrough by an unheralded player. Nevertheless, Fawzy won his last three games while other front-runners beat each other in the process. So, Egypt stood atop the medal stand once again as they had in the African Championships and the All-Africa Games. 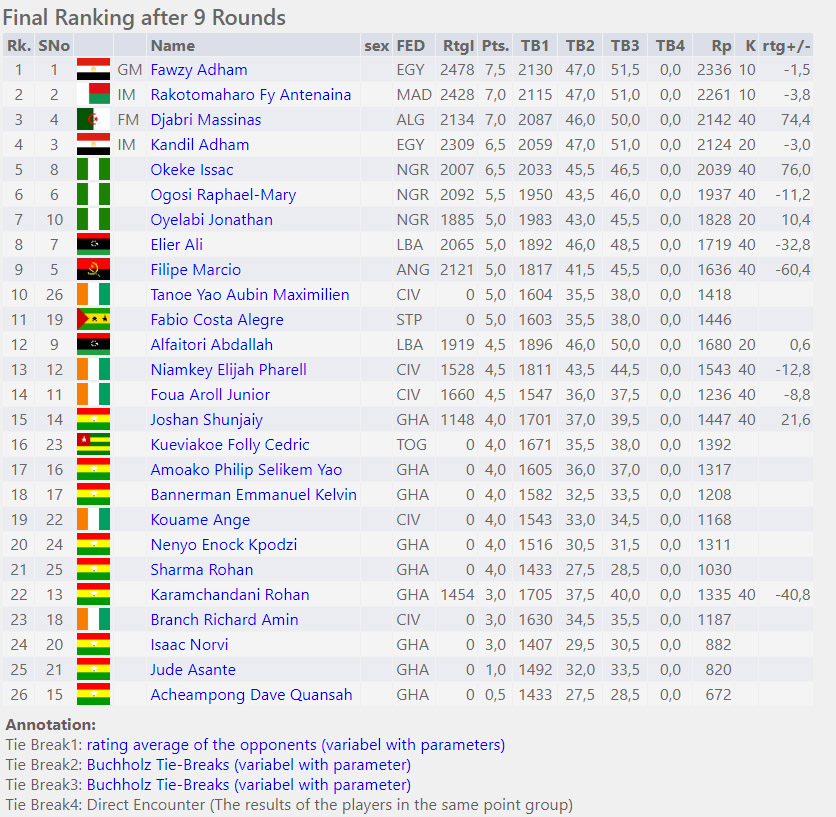 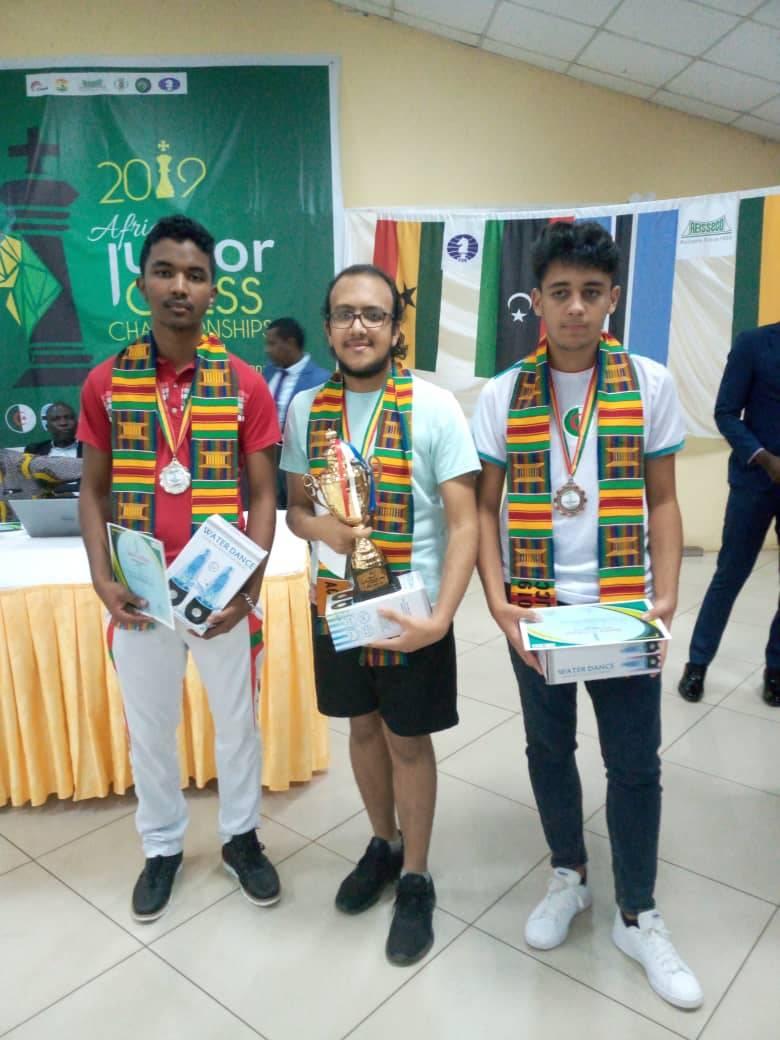 Luiza Pires went as “Luzia” the entire tournament. This misspelling of her name did not deter her from holding onto the top table for the entire tournament and winning her first African championship. As a result, she will earn a title promotion and continue the national history of winning national juniors.

Pires won the event with an undefeated 8/9 and was able keep her composure and beat her ambitious rivals. One of the threats was Chahrazed Djerroud (1456) of Algeria who pulled into joint 1st in round two after beating Emmanuella Trust Enomah (1924). Pires and Djerroud drew in round four, but the Algerian would fall to Refilwe Gabatshwarwe of Botswana in round five. It would be Djerroud’s only loss. She ended on 7.5/9, but was unable to compete for the gold.

Gabatshwarwe, who celebrated her 14th birthday during the tournament, lost only to Pires in round three and drawing with Enomah for her 7.5/9 tally. She earned the bronze medal. It turns out that despite beating Djerroud in the head-to-head battle, her competition had a slightly lower average rating (1st tiebreak). It is interesting that they used the average rating of opposition instead of the direct head-to-head outcome as the first tiebreak since it was such a small field. 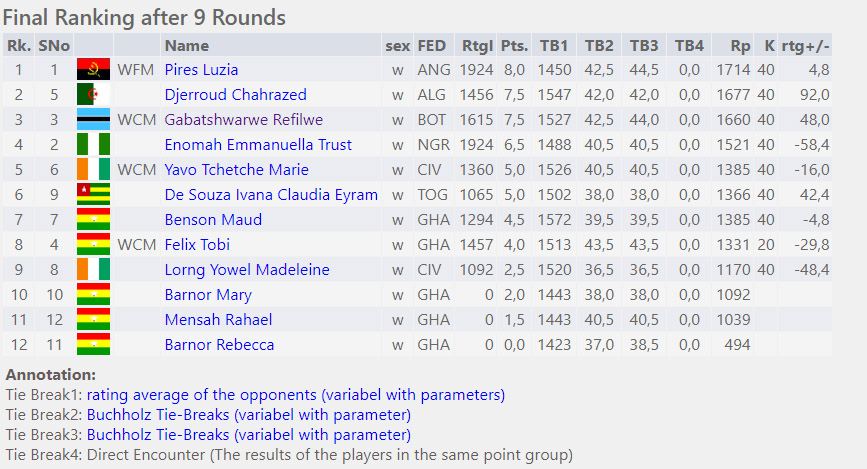 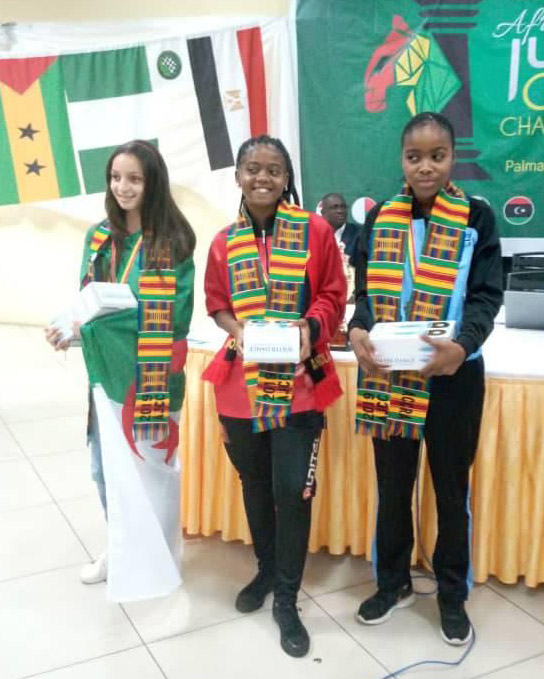 African Juniors 2019 going down to the wire!

U.S. Football Players making the best moves on and off the field