Madagascar is the latest African nation to launch a nationwide chess program targeting the youth. Earlier this month Marisa van der Merve of Minichess launched an initiative in Kenya and last year in Lesotho. These initiatives are designed as a “train the trainer” seminars to roll out innovative techniques to spur chess enthusiasm.

MiniChess trainer Lisa Griffiths conducted the sessions and the following instructors were certified: Mr. Yves RAKOTOMAHARO, Mr. Andrianantenaina RAMALANJAONA, Mr. Haja RAMBOLAMALALATIANA and Ms. Lalaina RAZAFIMAHEFA. All completed the class for certification as level 2 trainers. Kasparov Chess Foundation for Africa (KCFA) has been an invaluable catalyst for chess growth in Africa and has provided support for Minichess initiatives. 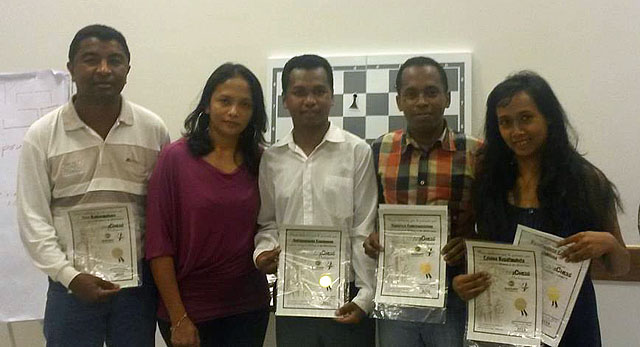 In line with the Minichess movement, the Madagascar Chess Federation held their very first inter-school “pawn soccer” tournament. All of us remember playing this game in the early days of learning chess as an exercise to learn about pawn structures, passed pawns and pawn breaks. The game is played only with pawns and the person to reach a queening square wins. Here was the report from KCFA. 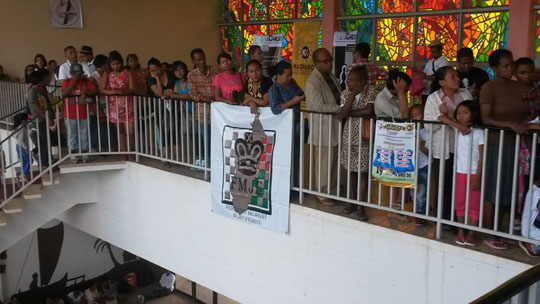 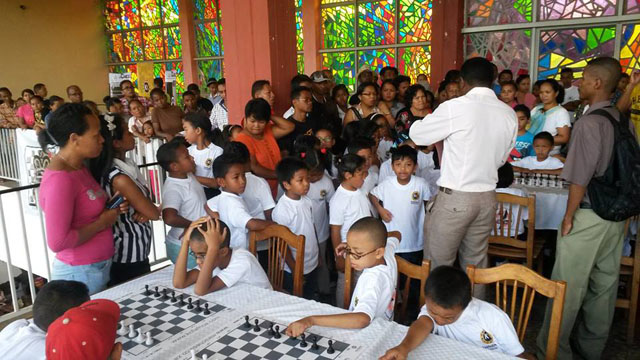 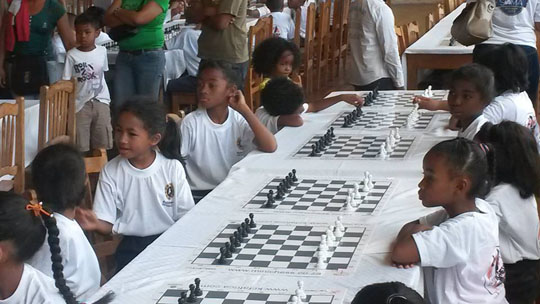 The hall was packed with teachers, kids and parents and the prize giving was also attended by the local director from the Madagascan Department of Sport!

The tournament was played in 6 sections with the following players emerging as the winners:

There are already more than 900 children benefiting from the program in Madagascar and we hope to see these numbers increase exponentially next year as local companies as well as the government is starting to take notice of the program successes.

We wish to congratulate the FMJE on a great event and we look forward to seeing the first inter-primary-school chess league launched early next year as well! 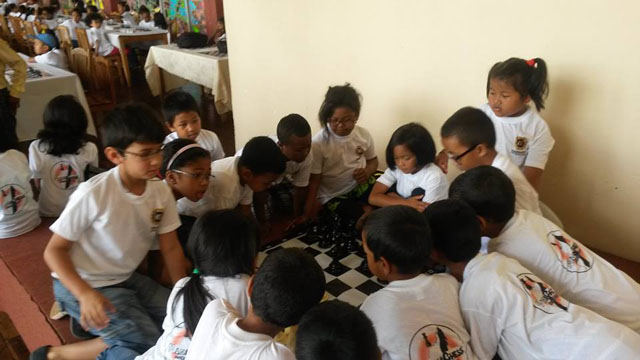 The success of the pawn soccer tournament shows what hard work can do and we now look forward to the inter-school junior chess league which the team hopes to start in Antanarivo during the course of 2016!