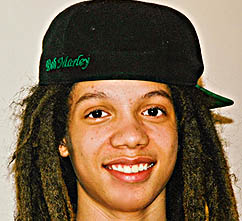 Last month Kassa Korley played in the St. John’s Masters tournament in New York. At the World Open he had mentioned a time when he was close to the title of National Master (2185) and then losing a boatload of points. He actually lost rating points in nine consecutive tournaments before making a turnaround and eclipsing the 2200 barrier at St. John’s.

In this tournament, he beat IM Jay Bonin, and held GMs Jaan Ehlvest and Michael Rohde to draws. His only loss was to GM Zviad Izoria of Georgia. This netted him 32 rating points and the National Master’s title. Photo from web.jrn.columbia.edu

Kassa was featured on The Chess Drum during the 2008 World Open as a 14-year old star from the Dalton School in New York. He had actually just turned 15, and shortly thereafter he broke the 25-year old record of becoming the youngest U.S. player of African ancestry to make National Master. Howard Daniels of the legendary Vaux made master at 15 years and 4 months and now Kassa has made it 15 years and 2 months. 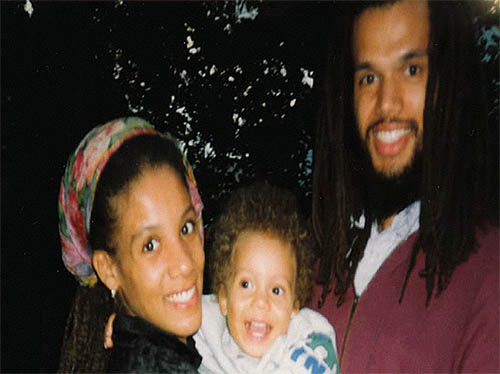 Future Master: Kassa Korley as a baby with his parents.
Photo from web.jrn.columbia.edu

Kassa’s fascinating story is becoming increasingly known. He was born to a father from Denmark and a mother from New York. As a result, he has Danish citizenship and a triple heritage… U.S., Denmark (paternal grandmother) and Ghana (paternal grandfather). He has also excelled in basketball and has trained in one of David Beckham’s soccer camp. 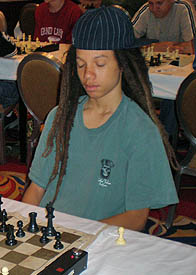 Sometimes heralded as the “next Bobby Fischer,” the young star is looking to establish his own reputation and bluntly states in a interview, “Your game talks, not your mouth.” There was a video feature titled “Masters & Hustlers” in which Kassa is featured. The video was produced by Jennie Cohen and Radha Vij of Columbia University.

GM Maurice Ashley remembers Kassa as a standout student in the Harlem Chess Club and noticed his wealth of talent. Obviously the talent was harnessed at an early age. His father states,

Kassa was a multi talented child and have remained so into young adulthood (He is for instance shooting guard on his Jr. Varsity Basketball team – top scorer, and a great student) and have for that very same reason been supported in many interests by his entire family. We never believed that Kassa or his sister needed to be what we were rather that they would in time define themselves.

NM Jerald Times, who was a coach at the Harlem Chess Club, calls him a “prodigy.” However, Kassa stated that he would not just play chess. “Chess cannot be the only thing you do. You have to keep the balance.” Certainly young Kassa has a bright future and if you face him over the chessboard, do not let the baby-face, dread-locks and bright smile fool you… he is very dangerous.