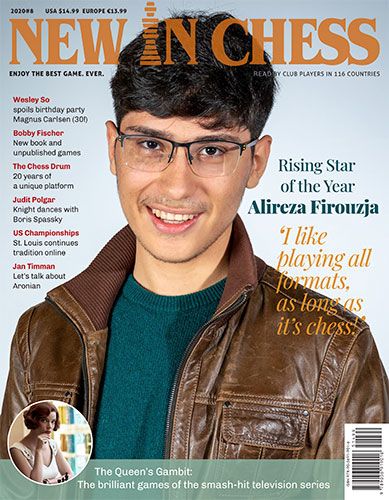 After urging from New in Chess Chief Editor Dirk Jan ten Geuzendam, I have penned an exclusive for the world’s premier chess magazine (2020-8). Dirk and I met at either an Olympiad or one of the Grand Chess Tour events in St. Louis. As we covered one of the events, he posed the idea of me writing an article for the publication, and I agreed to the honor.

Years melted away, and one event after another, Dirk would gently serve me a reminder. After another reminder at the 2018 Chess Olympiad in Batumi, I knew it was time. Then after the 2019 Grand Chess Tour in Abidjan, I started putting my thoughts together. I felt that I would have quite a bit of good news to write about the Africa Diaspora with this development!

In the year 2020, we exchanged e-mail and as I began writing the article, tragedy struck when both of my siblings (Ahvia and Abraham Jr.) developed serious health challenges. I was able to finish the final edit before becoming consumed by their health situations. Both would eventually pass away six weeks apart. This article is dedicated to them as they taught me the gift of reading and writing. 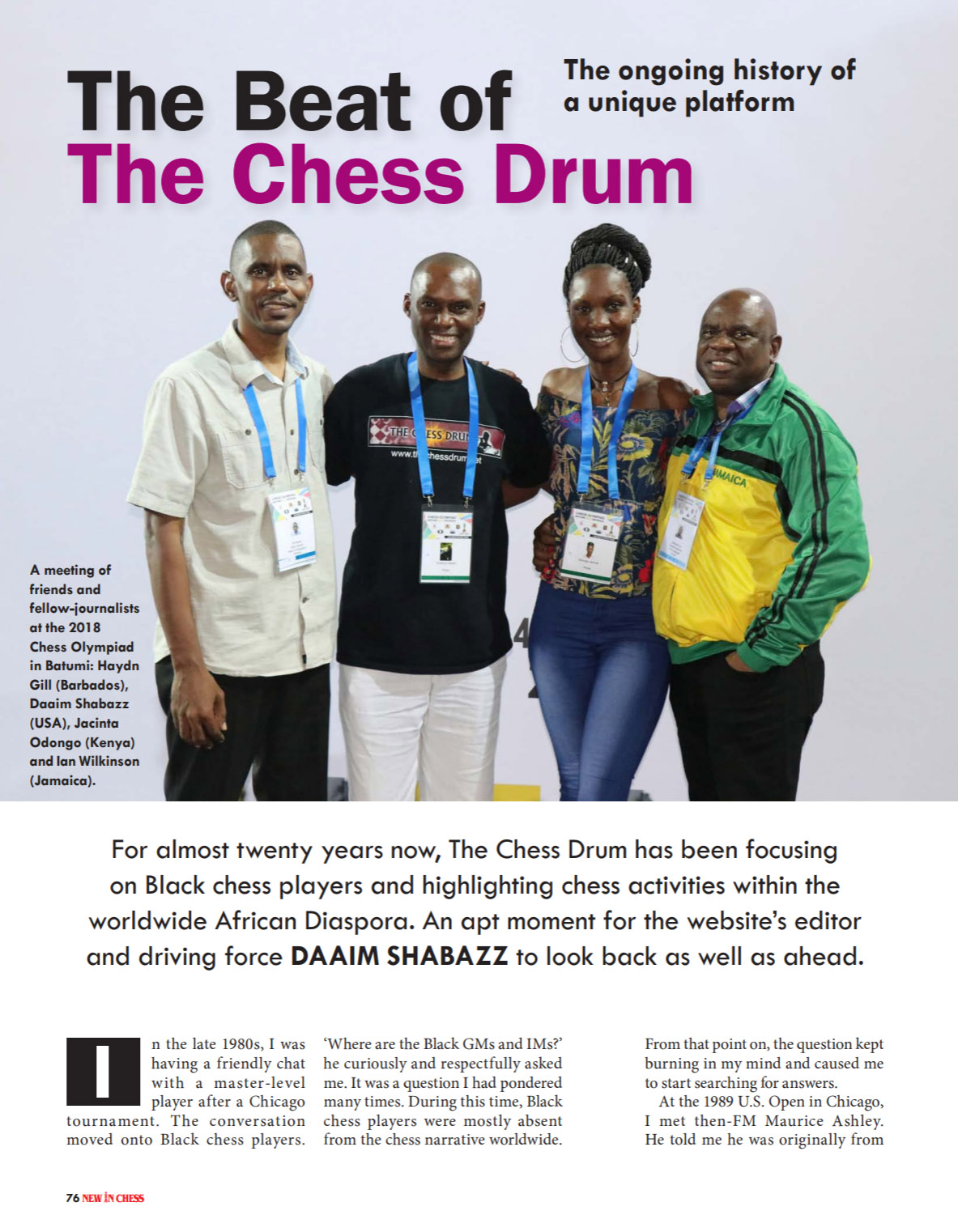 Perhaps it is a sign of the times, but New in Chess has made progressive strides going to the larger size in 2011 and broadening the horizons of coverage. In a time when digital media has diminished the demand for print media, New in Chess has shown that quality formats are still in vogue. The magazine is of coffee-table quality and has been a staple of top-level chess since 1984.

So… in the eight-page article, I give a bit of history on the beginnings of The Chess Drum and review some of the interesting moments in covering chess in the African Diaspora. There are some exciting games including annotated games of Emory Tate, Watu Kobese, Amon Simutowe and Kassa Korley. This may be the first article in the magazine’s history to feature an article on the African Diaspora. 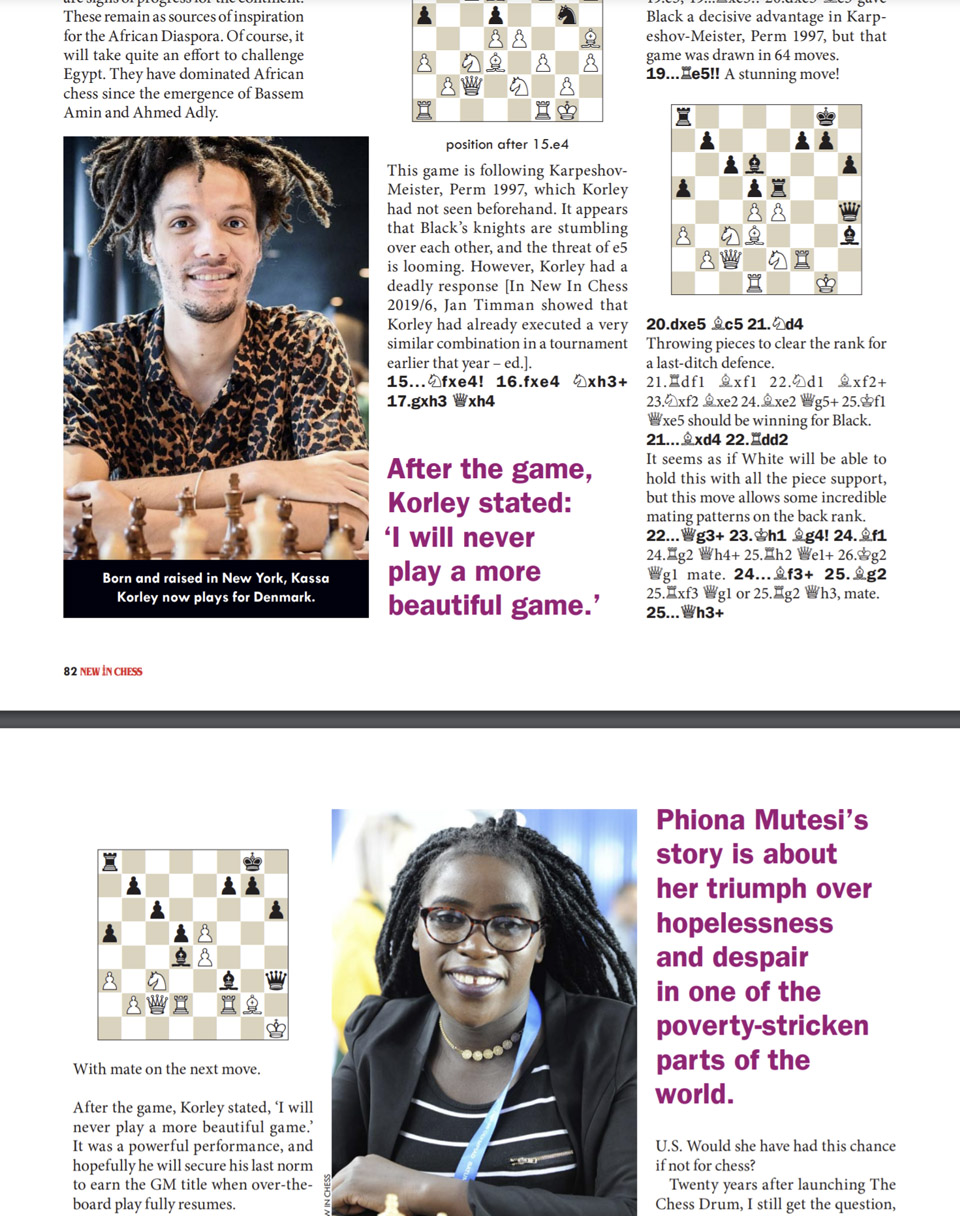 Over the past 20 years, I have had a chance to see chess from a unique perspective. In the beginning, there were skeptics about why such a site was necessary. Decades later, The Chess Drum continues to be a platform to champion the universality of chess. The site has tens of thousands of pages of chess content and is available for the general public to enjoy.

As much as we want to extol the FIDE motto of “GENS UNA SUMUS,” there had been so little coverage of Black chess players, such a platform became a necessity. Fortunately, there have been other sites to express chess activities in the African Diaspora. Some are frankly offended that The Chess Drum exists. One day I will write the story of The Chess Drum, but for now, you’ll have to settle for this article in NIC.

Note: This article is not available online, nor as a single print. I do not have permission to copy and post here. You will have to purchase your magazine at NIC store! You can see my past reviews of NIC here!