The 2019 Women’s World Championship was one of the most exciting matches in recent memory. There were SIX decisive games during the match with three wins apiece in the preliminary classical games. Ju won the third game of the tiebreaks for the victory of margin.

This match was a severe test for the world champion as she looked rather sluggish in the classical segment of the match. Her openings were unambitious and Goryachkina kept getting chances. Fortunately for Ju, the young Russian star was unable to convert her chances.

Going into the tiebreaks, Ju mentioned that she was confident because she had a good score in rapid and blitz against Goryachkina. This was not unlike the Carlsen-Caruana scenario where the defending champion had a clear advantage in the tiebreaker.

“I am also confident about my rapid.”
~Ju Wenjun when asked if she felt down after losing game 12

Despite the advantage, Ju was still a bit shaky and nearly lost the first tiebreak game after being outplayed with the white pieces. Goryachkina missed an opportunity (41…Bxg5!) to obtain an overwhelming position and put immediate pressure on the champion. Ju held the position together and could breathe a sigh of relief. In the second game, Goryachkina also got a slight advantage, but Ju battled down to a rook ending and got a theoretical draw.

In the third game, Ju improved on game 1 (10.Bxf3) with 10…exf3!? which received approval from the commentators as a better fighting try. Black’s piece formation seemed wrong as her pieces became a jumbled mess. Meanwhile Ju increased her spatial advantage after 25.Ng4 and 26.f4. Black was forced to weaken her kingside and Ju charged ahead on the opposite wing with 29.b5! an excellent move. 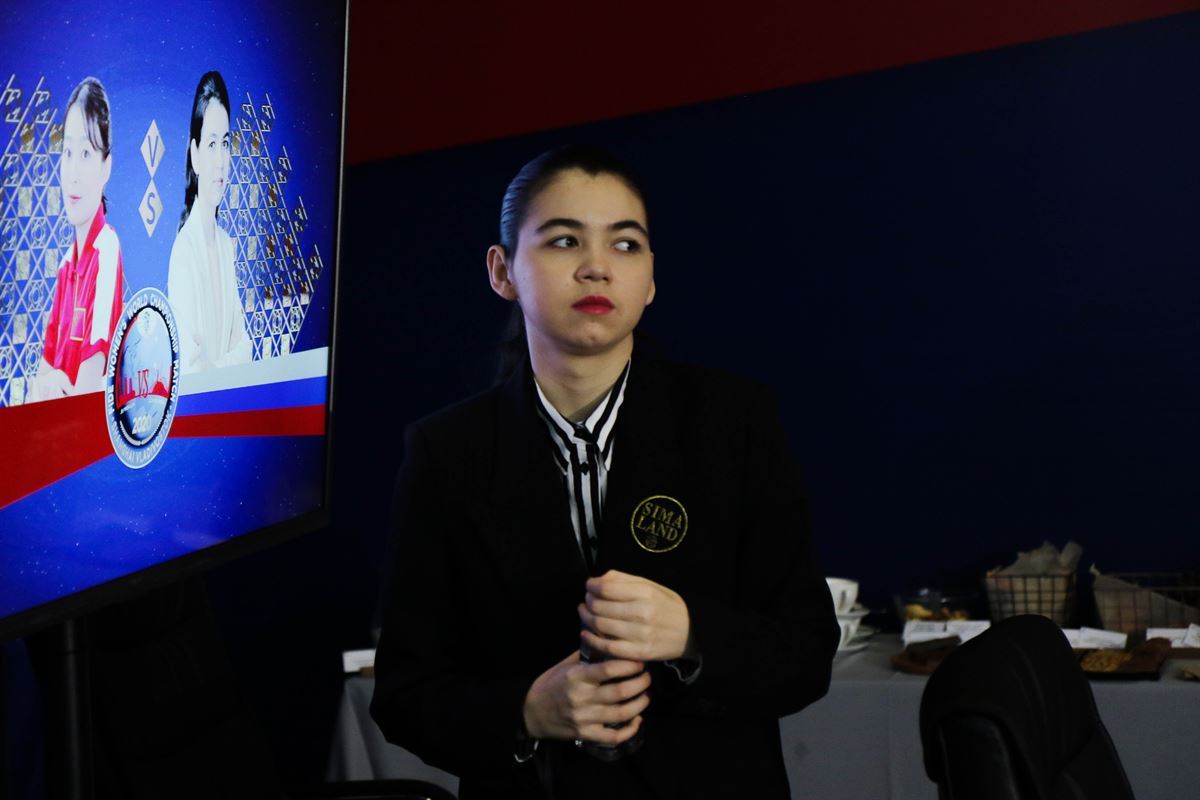 Would Aleksandra Goryachkina be able to equalize yet again?
Photo by Eteri Kublashvili/FIDE

It did appear that the public was mostly pulling for the Russian player. She would have one more chance. Goryachkina had proven that she could bounce back and her three wins in the classical were with the white pieces. She would have one bullet left.

This game repeated in the second tiebreak. The Russian player tried 8.Bb5+ in that game, but opted for the more conventional 8.Nf3. White sacrificed a pawn for a lead in development is more space, but black was able to play actively. Black returned the pawn, but it didn’t relieve all of the pressure.

White could play 25.Rcc7 to keep pressure, but there was not enough to get any winning chances. Goryachkina played another 30 moves before realizing that her chances in the match had passed. On move 77.Kg3, the two players repeated moves and the game was drawn. 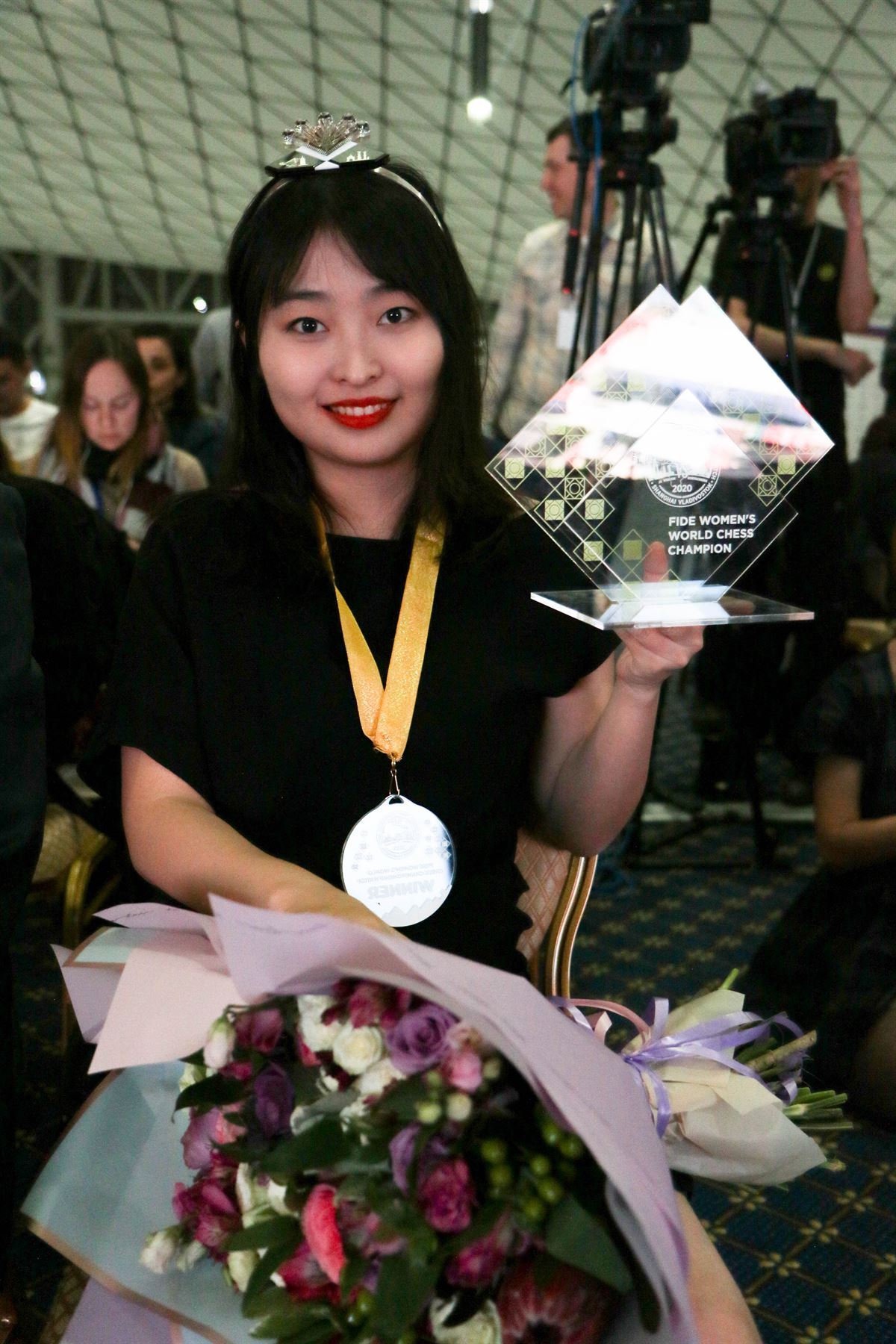 This was clearly a setback for the Russians who have been trying to secure a world championship for decades. The Russian dominance is long over, but perhaps Goryachkina stands as a bright ray of hope for the future. One of the attributes we can expect to change over time is her gloomy persona. She will mature and become a main challenger for future titles.

Congratulations to Ju Wenjun for defending her title for the second time and continuing the dominance of the Chinese in women’s play!