The world is mourning the death of NBA retired superstar Kobe Bryant who was killed Sunday morning in a helicopter crash outside of Los Angeles. Eight others were traveling on the chopper including Bryant’s daughter Gianna Bryant. There were no survivors. 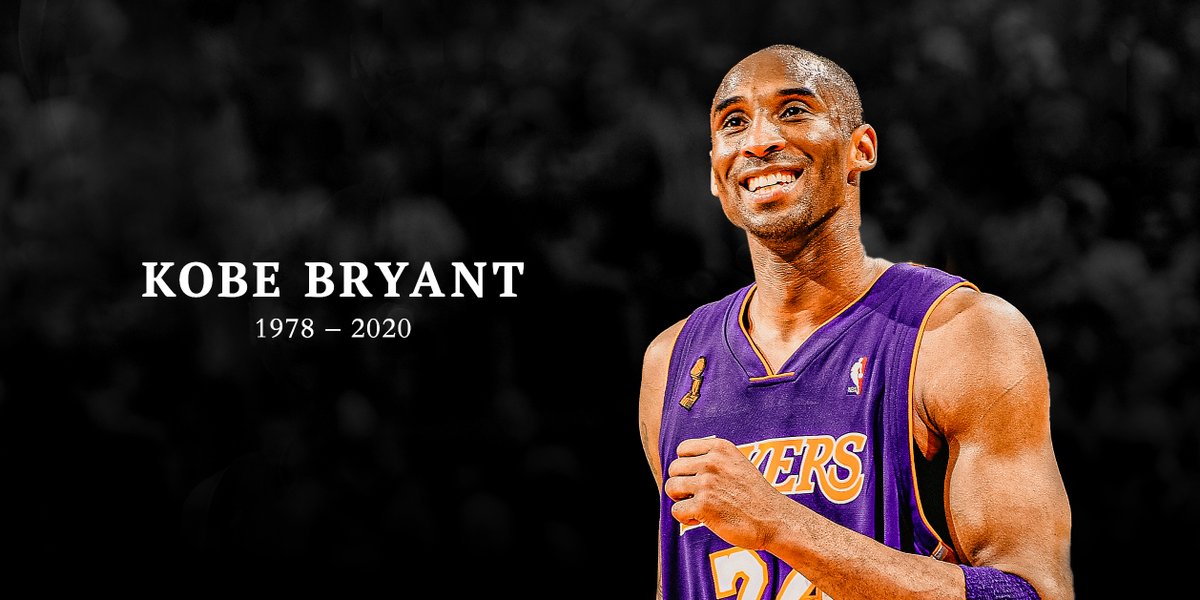 Kobe was traveling to the Los Angeles area to coach his daughter’s team when the helicopter hit a path of dense fog and crashed into a mountainside in the city of Calabasas. Upon the news being released a couple of hours later, a wave of grief reverberated around the globe, but particularly in Los Angeles.

Athletes and sports fans around the world reflected on what Kobe meant as a pillar of the Los Angeles Lakers franchise, but more importantly the lessons that he left behind. Often, we want to know how we can improve in different areas of our lives. What is the key to success??

Chess players are often pondering this question. How do we get to the next level? Kobe Bryant was known for his tremendous work ethic and obsession with perfection. The “Mamba Mentality” has become a trending phrase to describe the pursuit of excellence.

Kobe certainly saw the game of basketball differently and his discipline of studying game film, his opponents and himself, gave him an edge. There are many stories about his early morning workouts and insane work ethic. According to basketball site Ball is Life, Kobe Bryant once held a workout from 4:15 a.m. to 11 a.m. That alone would be remarkable, but what was more remarkable is that he would not leave the gym until he made 800 shots!

There were a number of examples of his work ethic. California’s O.J. Mayo was the nation’s top high school player, and saw this first-hand.

In 2007, O.J. Mayo was the top recruit at Bryant’s Kobe Basketball Academy. Mayo asked Kobe to work out with him and Bryant graciously accepted. Kobe said he’d pick him up at three. After Bryant failed to show up, Mayo asked Kobe what happened. “Three in the morning,” Kobe replied. “Not three in the afternoon.” (link)

Besides his maniacal workouts, he also played psychological battles with opponents. Jay Williams of the Chicago Bulls recounted the story of going to the stadium for a workout before a game against the Lakers. He heard someone pounding a basketball. It was Kobe in a full sweat as if he had been working out hard for hours. Jay put his work in and after 90 minutes, had completed his workout. He still heard the ball bouncing hard, so he turned around to find Kobe still going full steam.

Kobe torched the Bulls for 40 points that night. Impressed by the performance, Jay approached Kobe and asked him why he was in the gym so long that morning. Kobe responded, “Because I saw you come in and I wanted you to know that it doesn’t matter how hard you work, I am willing to work harder than you. You inspire me to be better.”

Kobe was always thinking ahead and looked for every conceivable advantage against the competition.

He studied the legends including his role model Michael Jordan. He studied himself. He studied the opposition. Finally, he studied the conditions and sought to gain every possible edge. It was stated that he told NIKE to shave a few millimeters from sole of his shoes so he can increase his reaction time by 1/100 of a second.

Too often we see chess players with hundreds of books, the latest software, and certainly the passion for the game. Yet they may not improve to the level of their investment of time and resources. Why is this so? There is an adage that “practice makes perfect,” but it may be more accurate to say, “perfect practice makes perfect.”

Kobe had an off-season regimen of working out called the “Kobe Bryant 666 Workout.” In this regimen, he did two hours of running, two hours of basketball shooting/drills, and two hours of weightlifting (six hours a day, six days a week for six months). He also had a tailored diet (eliminated all sugar), hydration plan and spent time meditating. He was committed to his routine and was able to make adjustments to the regimen until it suited his needs. 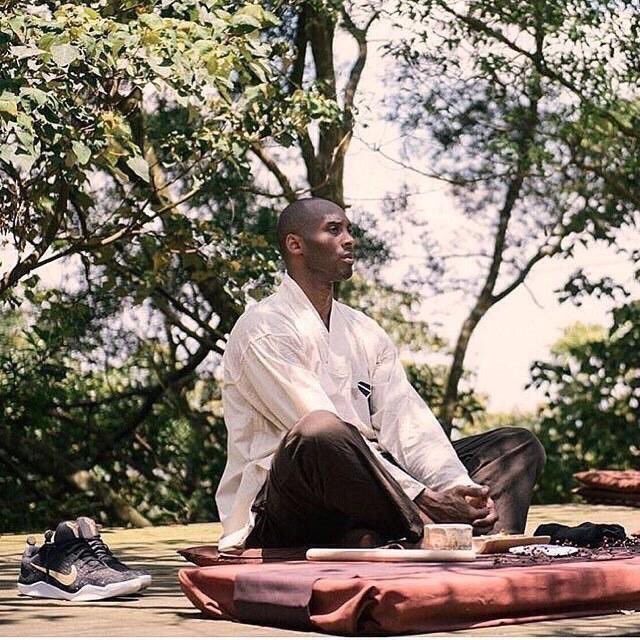 Kobe Bryant learning meditation in the mountains of Taiwan in 2016 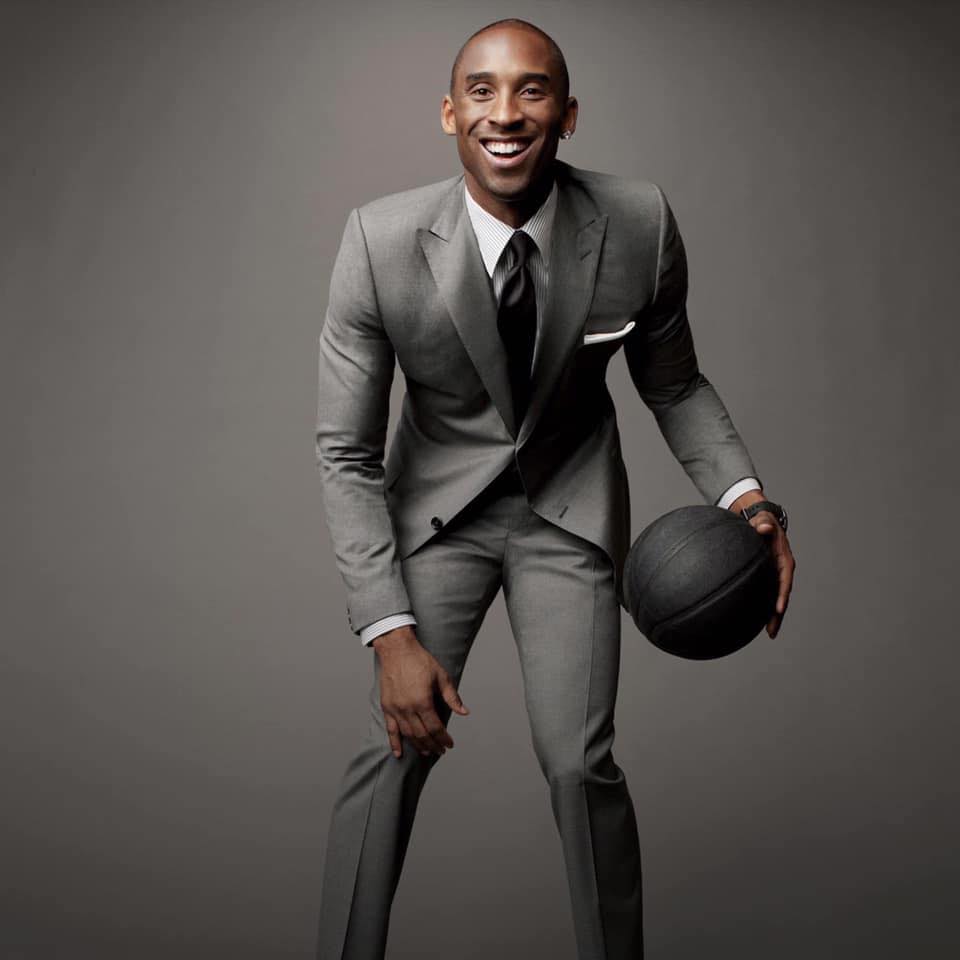 There are not many books out there offering a full regimen for improving in chess. In chess, we often hear about elite chess players’ exercise routine, hours of study, and perhaps testing ideas playing online. It is a bit general. Is there an equivalent of mind/body/spirit regimen for chess players? Should you do one hour of physical exercise for every three hours of chess study? Should you use yoga and meditation to help you focus? Should you adopt a specific diet to nourish the brain?

How much emphasis should be placed on each phase of the game? Should you solve 100 tactical puzzles a day? Read about classic games and biographies of past champions? Study the Endgame manuals of Mark Dvoretsky? What is the balance of blitz and rapid games for serious training to test your strength? Of course, the method will be different for each player, but what seems to be the common denominator is having a tailored plan, consistent regimen and a strong work ethic.

“We are obsessive. We wouldn’t want to be doing anything other than what we are doing. That’s where obsession comes in — when you care about something 24 hours a day.”

We understood the meticulous nature of Bobby Fischer and his attention to detail, work ethic and a laser focus. Kobe and Fischer shared many traits in that they worked extremely hard (primarily alone), loved to compete against the toughest competition and wanted to break the ego of their opponents. They were obsessed with the end result of victory. Both were careful about who they allowed in their circle, but they respected excellence and were ultimate professionals. 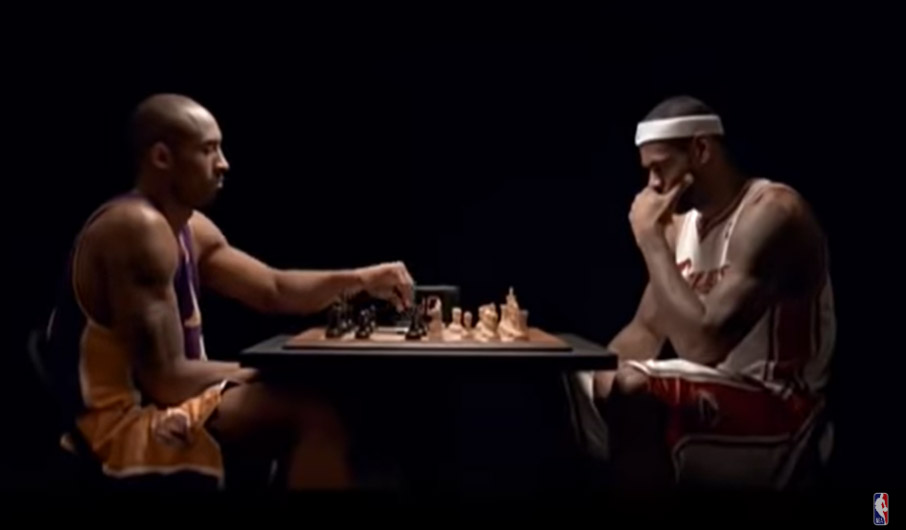 What would Kobe had been like if he pursued chess as he did basketball? He most likely would’ve been a dynamic player who would eschew the openings and try to overpower you in the middlegame. While he would have the stamina to go a full six hours, he’d probably prefer to finish the game with a flourish, an exclamation point.

He possesses some of the brash confidence of Garry Kasparov, the fighting spirit of Magnus Carlsen, the stamina and killer instinct of Bobby Fischer. Imagine a chess player with the combined traits of these elite players. Perhaps that type of player has yet to come. Kobe’s 60-point finale was an example of a man determined to make his final mark. To a tragic end comes the realization of excellence and an indelible impression in history. Thanks Kobe!