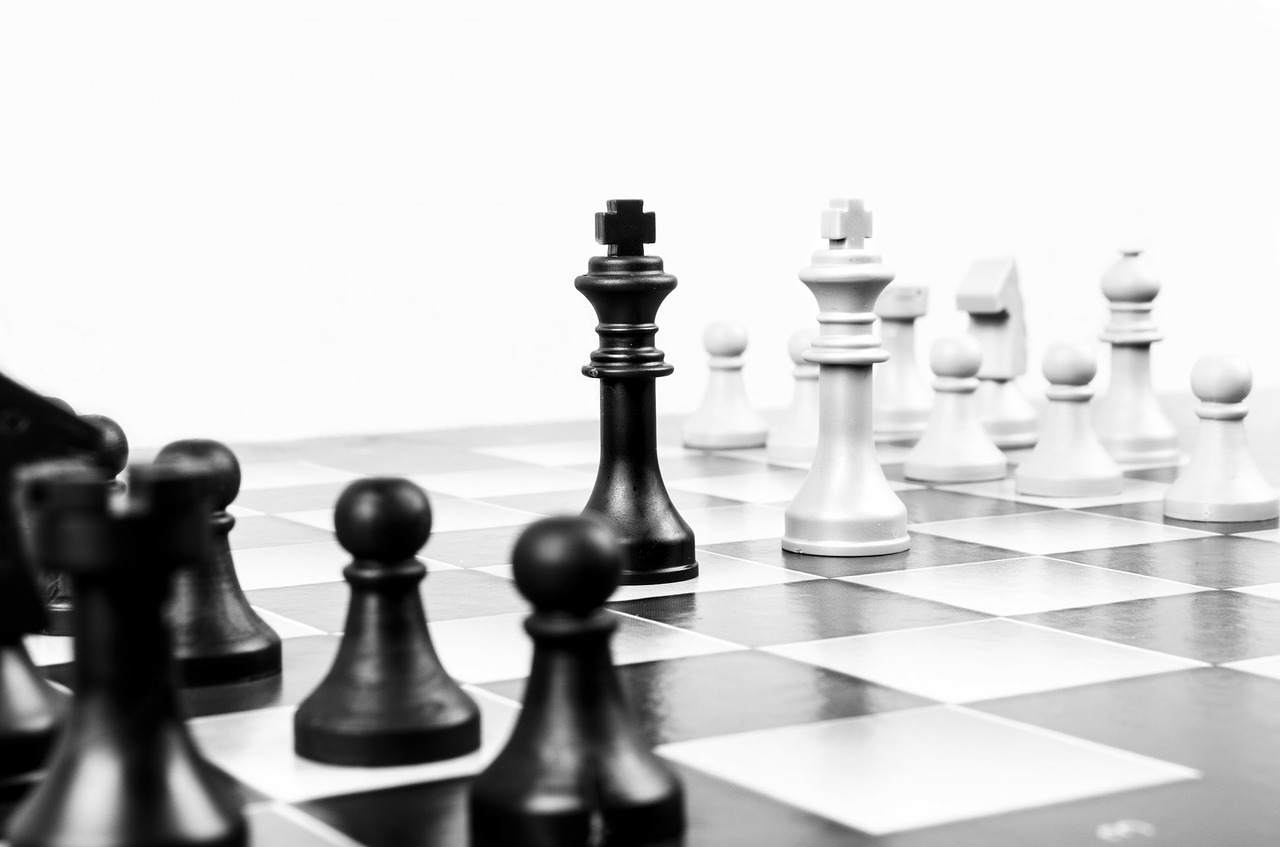 Social change is rarely without an intense battle. Without going into the history of humanity’s ills against one another, there have been many tales of brutality in the history of the world. Many of these episodes involve nationality, gender, class, caste, religion, ethnic affiliation (tribe) and the general classification of race.

In the U.S., racial animus and the legacy of slavery is well-known. There is currently a burning discussion on reparations in the U.S. political discourse. There are those that believe social equality was achieved when Congress passed the Voting Rights Act in 1965. Others cited Barack Obama becoming U.S. President. The descendants of chattel slaves still suffer from the lingering effects of racism which rears its ugly head often. 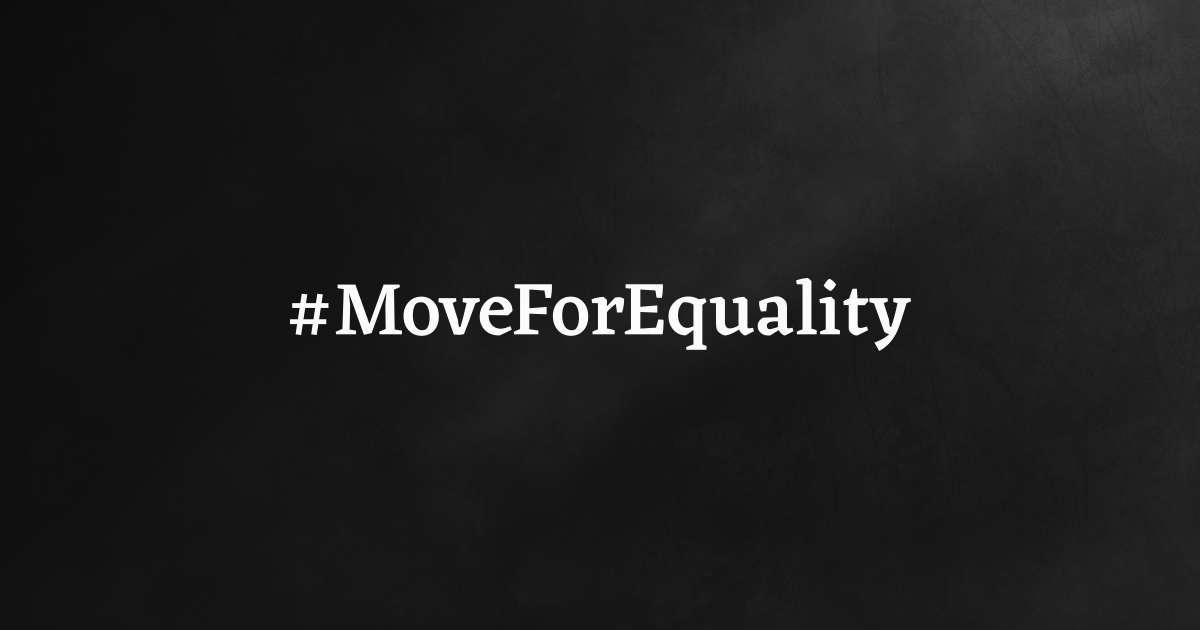 On March 21st, World Champion Magnus Carlsen and Dutch Grandmaster Anish Giri became spokespersons for a new UNESCO initiative “#MoveforEquality” to bring light to tensions that have been present in nearly every part of the world. While some are oblivious to various forms of social inequity, this initiative was to bring attention to the matter. They produced a promo video discussing the purpose.

The point of black moving first was not merely to focus on ethnic and racial tensions, but the gesture was symbolic of a broader concept promoting equal opportunity. We know that white has a perceived advantage of the first move and some may infer this to be a sort of “privilege” given to the first player. In chess, some have pointed to the first-move privilege as a mirror of white supremacy. The late Dr. Frances Cress-Welsing offered this hypothesis.

Also, boards in chess books are typically oriented from white’s perspective, and past generations grew up with puzzle books with white playing and mating in every position. There is indeed the idea that one should win with white and be happy drawing with black pieces. Chess is a competitive game, but the symbolism results in a powerful metaphor.

Some did seize on the occasion and did express many thoughts concerning racism. GM Pontus Carlsson of Sweden tweeted a shocking history of incidents he faced in Sweden and other parts of Europe.

Called the n-word by our music teacher
he was talking about a black artist and then said the n-word
didn’t even have time to tell him to not use that word before he says to me
– do you get offended by the word n…. since you are a n….
Time for a change #MoveForEquality pic.twitter.com/uCpvGemcsw

Even in chess, the perception of race rears its ugly head all too often. The notion that “white moves first” may be taken as a racial metaphor, but if you paint the pieces blue and red, the narrative is the same. The notion that one has the first move is deemed an advantage. 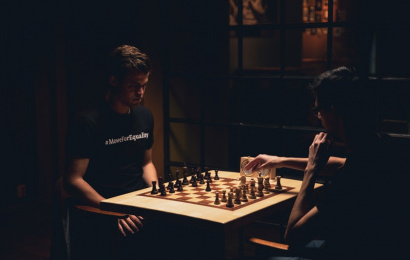 There is a 50-55% win rate with white, but is it because we feel more pressured to win with white and thus have developed more intricate systems to fight for the advantage? Perhaps so. Over the years, dynamic systems for black are in vogue and instead of “fighting for equality,” black sometimes fights for the initiative in the opening.

Carlsen and Girl tried to make an important point…

Today, we made a #MoveForEquality. @anishgiri and I broke a rule and black started instead of white. Through chess, we can give a new perspective to the worldwide discussion about how we can build a world where opportunity is equal. pic.twitter.com/0rAuQH6uNK

How does this initiative fit in the chess world? While Pontus Carlsson has felt the wrath of racism throughout Europe, he feels that the environment in tournament chess is much better. Perhaps this is true to a degree, but there are still frequent incidences of prejudice in chess. How many Black players have walked into a chess club and been rudely treated because they were assumed to be a 1200-1300 Elo player? Many have, including this writer.

Race, Gender and Class in Chess

As a writer for more than 35 years and a chess journalist for 18, I have seen, have experienced and have been made aware of chess situations that reeked of discrimination. Sometimes it is subtle, and other times, it is as clear as day. South Africa’s Watu Kobese was embroiled in a vicious fight against the apartheid-era chess authorities. FIDE President Max Euwe even conducted a fact-finding mission to investigate. Subsequent sanctions were leveled against South Africa but robbed Kobese of crucial years of development.

Years later, a relatively famous Grandmaster had lost to Kobese. When asked how he did, the Russian replied, “I lost to that monkey.” Bystanders were shocked but said nothing to condemn the comment. GM Maurice Ashley tells the story about a legendary Grandmaster walking up to kibitz a game he had won. The GM says to Ashley’s opponent, “You losing to this Schvartzer?” The Yiddish term is said to be innocuous, but Ashley found it offensive in the context of the situation. The next time they played Ashley had blood in his eyes and aptly beat him.

There is the question of gender equality in chess and recently, advocates such as Susan Polgar have discussed the issue of equal conditions and prize funds. There is still a question of whether women’s titles are a necessary precondition for equality since there are no such titles for other underrepresented segments. There was a very vigorous debate on whether to remove gender-segregated titles. What is interesting is that some women harbor ingrained ideas about gender.

Hou Yifan had been a three-time women’s champion but sought higher heights. In 2016, she left the women’s championship cycle to attempt to compete at the highest levels of chess. Creating a stir, she threw a game at 2017 Gibraltar Open after expressing disappointment at being paired with several women! This incident created a firestorm in the discussion of gender equality!

It appears that we examine the gender gap in chess with a very narrow lens and no one seems to be considering the real causes for the discrepancy. GM Nigel Short got into a bit of a mess when he suggested that there is an inherent difference in chess abilities of men and women. What is the solution for equality in chess for women? It has been thought you need more numbers of girls playing chess to catch up. More numbers will not necessarily produce equality for any specific group if there are not adequate incentives.

Chess can also have very elitist tendencies. In the 2008 Chess Olympiad, there was a rash of “zero tolerance” forfeits leveled at African and Caribbean nations. Many smaller federations were staying nearly an hour away from the playing site in Dresden. Players were not shuttled in on charter buses, but had to ride the public tram. “Zero Tolerance” was loudly condemned at the tournament.

Another issue of Olympiad is the rule change in awarding of medals. Using performance rating virtually eliminates the chance of a player from a small federation winning a board medal. Having used win percentage since the Olympiad began awarding medals, the 2008 Olympiad in Dresden, Germany started using total performance rating (TPR) to determine medals.

(Note that high performance ratings are routine for top-level players and many have received Olympiad medals for playing within 100 Elo points of their expected strength.) 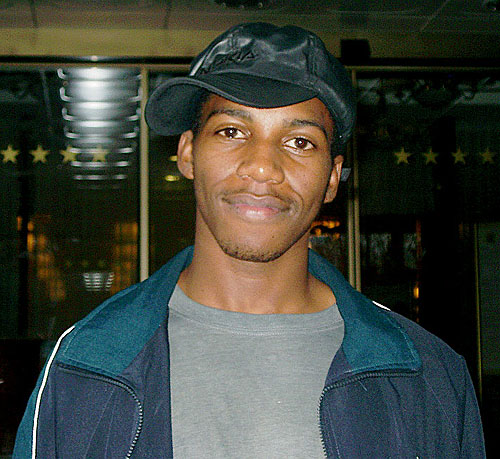 IM Robert Gwaze (then 2280 Elo) scored a 9/9 at Bled Olympiad in 2002, a gold medal feat that is still marveled to this day and is one of the highlights of African chess history. In the current Olympiad format, his 2690 total performance rating (TPR) would not qualify for a medal and would barely make the top 50. Photo by Jerry Bibuld.

Kirsan Ilyumzhinov’s idea was to have an outward appeal of professionalism to gain credibility in the eyes of the Olympic Committee. It is now possible that an 11/11 score from an obscure nation would not receive a mention at an Olympiad, but a player with a TPR lower than their Elo wins a medal? Sergey Karjakin (then rated 2785) wins a bronze medal at 2012 Istanbul Olympiad with a 2784 TPR.

Yes, players like GM Evgeny Ermenkov winning medals for Palestine was an oddity, but there should be a revised formula that combines several factors for medal contention. Individual Olympiad medals have helped small nations spur interest and establish a memorable historic footnote. Balanced medal criteria would level the playing field and allow more players an opportunity to win glory for their nation.

What can the chess world learn from this #MoveForEquality initiative? Will it call for a drawing of lots each game to see which color gets to move first? Of course not. Will it change deeply bigoted minds? Of course not. However, it will bring more awareness that these things are happening and provide an environment where individuals can seek equal protection under national laws.

What will be of interest is what the chess world does about some of the issues above. Arkady Dvorkovich has taken a step to have elite tournaments in a variety of regions including Africa and Asia. That is a start in terms of equal access. It will create interest throughout diverse countries and provide the chess world with better use of its resources. There have been 43 Olympiad tournaments. Today players still rave about the 1986 edition in Dubai, UAE. If we “spread the wealth,” great things can happen in chess.