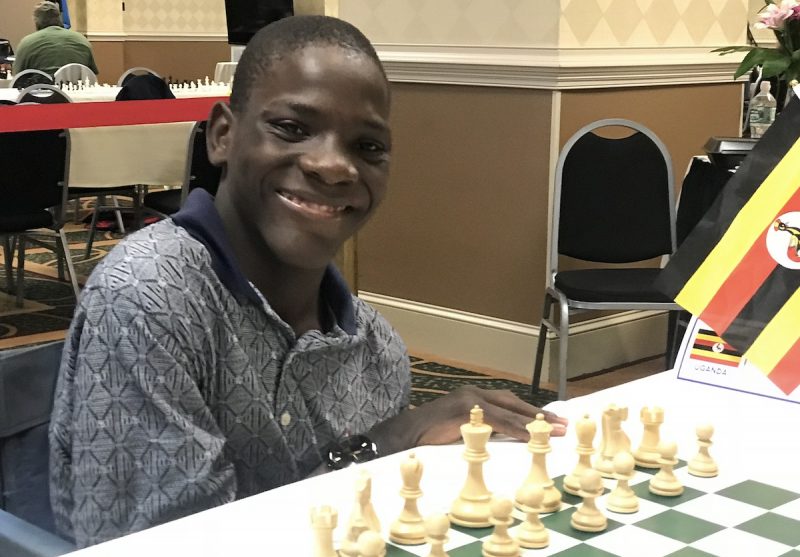 Chess is seen as a rather quiet game, but its beauty attracts millions of adherents far and wide. The game has traversed the entire globe as an enjoyable pastime and it has been able to create some beautiful testimonies. 17-year old Sharif Waswa Mbaziira of Uganda was stricken with polio as a baby and ended up with life-altering disabilities. However, his life was enriched by the game of chess.

“Like other people they are going to go on the road begging for money, so on. And for me I said okay you believe what you know, but for me I believe in myself.”

Sharif learned the game at the SOM Chess Academy, an organization founded by Robert Katende. Katende is known as the coach of Phiona Mutesi whose life was portrayed in the Disney movie, Queen of Katwe. He helps to manage nine centers around the poorest parts of Kampala, Uganda’s capital. Sharif is one of many examples that chess can empower even the most underprivileged.

Having traveled all the way to the U.S. to compete was a challenge in itself, but having gained the confidence in a world where so much emphasis is placed on appearance and being physically active, Sharif has destroyed stereotypes and also given hope to even the most physically-challenged. He plays at the Kampala School of the Physically Handicapped and describes his passion.