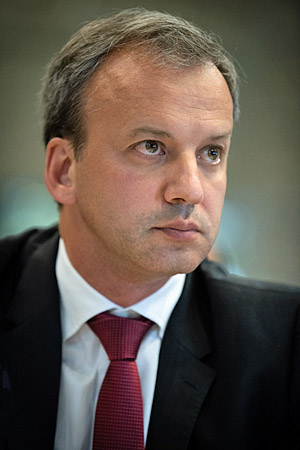 Months after announcing his candidacy, Arkady Dvorkovich has won the favor of chess federations around the world by winning the office of FIDE President. In the lead up to the vote, There were several endorsements including a last minute show of support for fellow candidate Nigel Short who withdrew his bid during his statement to the General Assembly.

Other notable endorsements came from Association of Chess Professionals and two candidates for African Continental Presidents, Lewis Ncube and Dr. Essoh Essis. The vote came at the culmination of charges, accusations and insults. In fact, Georgios Makropoulos filed a charge against Dvorkovich for engaging in corruption to sway votes.

The actual charge was labeled case no. 5/2018 and pertained to an “Alleged electoral irregularity in regard to the Serbian Chess Federation relating to sponsorship and substitution of delegate.” (complaint here)

The charge could have disqualified Dvorkovich from the election proceedings, but the ruling by the FIDE Ethics Commission found that no infraction had been made.

“Mr Dvorkovich is found not guilty on the complaint levelled against him under case no. 5/2018 for alleged violations of art. 2.1, 2.2.1, 2.2.2, 2.2.3 and 2.2.11 of the Code of Ethics on the basis of the the absence of sufficient proof, at the level of the ETH’s comfortable satisfaction, of an involvement by Mr Dvorkovich or his representatives in the substitution of the delegate for the Serbian Chess Federation and the conclusion of the sponsorship contract FIDE Ethics Commission between the Serbian Chess Federation and Mr Cogoljevic’s educational institution”.

After that tense moment, the voting proceeded at the Sheraton Hotel and when the votes were counted Dvorkovich had won comfortably 103-78, with one invalidated tally.

There were some important statements made by Dvorkovich that strengthened his case. As an organizer of the last FIFA World Cup, he mentioned that FIDE needed to be a bit more egalitarian in holding the Olympiad.

Africa has never organised a Chess Olympiad. The last time the Olympiad was in the Americas was 40 years ago. The last time in Asia was 26 years ago. Could you imagine FIFA holding its World Cup in Europe only? That would be ridiculous.

Ironically, South Africa bid for the 2018 Olympiad only to be beaten out by the Georgia delegation. There was a minor controversy when FIDE Treasurer Nigel Freeman gave his report on the venues, but also offered his opinion on which he preferred. That created quite a stir in the meeting hall. Georgia proceeded to win the vote.

Nevertheless, Africa has never hosted the Olympiad, but neither has North America. The last Olympiad held outside of the European region (if counting Turkey as European) was Manila, Philippines in 1992. The Olympiad will return to Khanty-Mansiysk in 2020 and Belarus was the only bid for 2022.

Nigel Short then made his speech where he introduced his ticket, thanked them and then announced a withdrawal of his candidacy.

As the camera panned the room, there was applause and also a look of bewilderment from some of the delegates. As Short took his seat, he shook the hands of both Dvorkovich and Makropoulos. It was a very surreal moment. The last to speak was FIDE Deputy President Georgios Makropoulos, who was still in shock by what just happened.

He proceeded to give a speech which condemned Short’s remarks and included references to Russian meddling and corruption. At the end of the day, the FIDE delegates had heard enough and the Ethics Commission’s ruling appeared to have taken the strength out of those arguments. The vote was an overwhelming condemnation of Makropoulos and the Ilyumzhinov era that he represented.

So we have a new era. Time will tell whether these campaign promises will come into fruition. Rest assured that the campaign was a strange one with a number of unprecedented occurrences. The accusations, complaints and then the entente of two competing candidates. The timing of Short’s withdrawal and endorsement of Dvorkovich was very strategic. The British Grandmaster waited until the Ethics Commission ruling to make the decision.

Dvorkovich had also campaigned in Africa and received endorsements from two candidates for African Chess Confederation (ACC), Lewis Ncube and Dr. Essoh Essis. Essis announced his endorsement only a few days ago. In a twist, the third candidate Tshepo Sitale withdrew his candidacy. Ultimately, Ncube won the ACC vote 23-21 and will serve another four years.

What will this election result mean for FIDE? Many are concerned about Dvorkovich ties to Vladimir Putin, but were weary of continued mismanagement of FIDE affairs by a Ilyumzhinov legacy. Dvorkovich will have to act fast to show that he is serious about reforming FIDE.