The World Open is a marquee tournament drawing over 1000 players each year. Many things have changed over the past 20 years. Of course, the venue has changed and the Adams Mark Hotel has been long gone. The iconic 23-story building was demolished in 2006 and the property now hosts a Target department store. 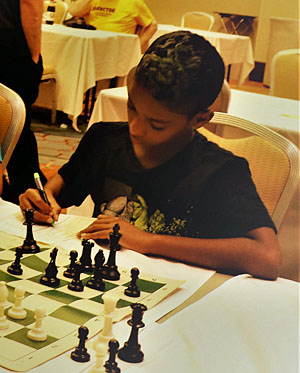 The demographics of the World Open have also changed. With the arrival of online chess and the employment of databases, chess has successfully matched the ancient game with technology and young “digital natives” could represent up to 30-50% of any major tournament. It is also very apparent that youth of Asian ancestry have dominated tournament halls for the past decades. Chess has become more “multicultural” attracting people of every conceivable demographic.

The World Open can be a magical tournament because of the prize fund, but also because it attracts many rising stars and international players. It is also the place where many players of African descent have traditionally come in relatively larger numbers. Several players from Nigeria were present this year, but not the scene five years ago when a dozen players flew in from Africa’s most populous nation. Other nations are represented and this year as Kishan Clarke held the Jamaican banner. He is a former under-10 national champion and scored 5/9 in under-1600. 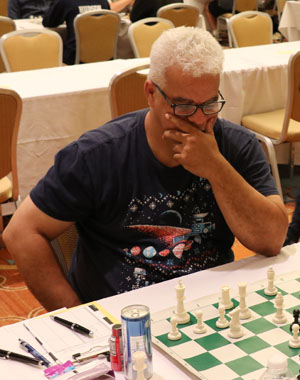 What is clear is that we are in a transition and many of the Black masters of the 80s have either reduced their activity, retired or passed away. IM Kassa Korley is most likely preparing to travel overseas after earning his first GM norm. Life Master Stephen Colding is the veteran who doubles as a player and coach/mentor during tournaments. He is often seen giving encouragement to young players.

One of the players who benefited from such mentorship was FM Josh Colas. Managed by his father Guy Colas, he is one of the young stars with Grandmaster ambitions. He ended his tournament on 6/9 toppling GM Thal Abergel of France in the last round. He is currently going into his junior year at Webster and is looking to complete the requirements for his IM title soon.

FM Justus Williams was missing from the event, but is poised to round back into form. Another talented young player missing was Tyrone Davis III, one of the young masters who showed promise at the 2016 World Open. Since then he has primarily played in local tournaments in the New York area. 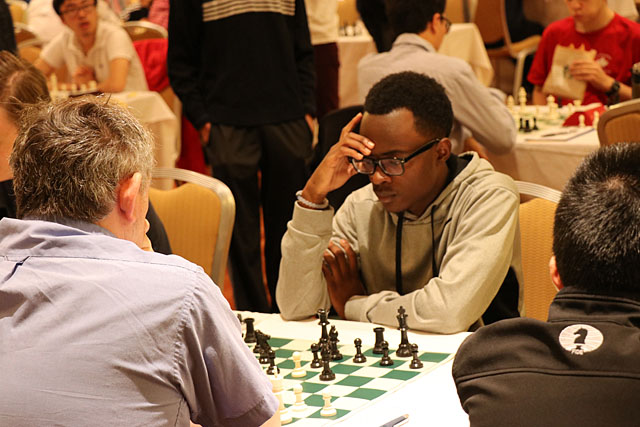 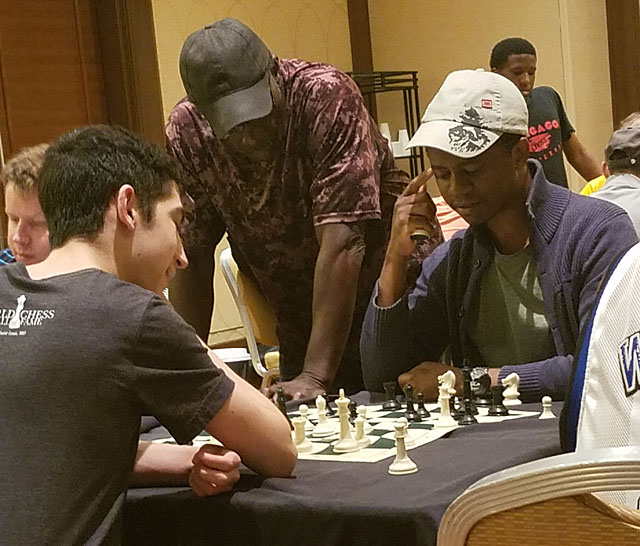 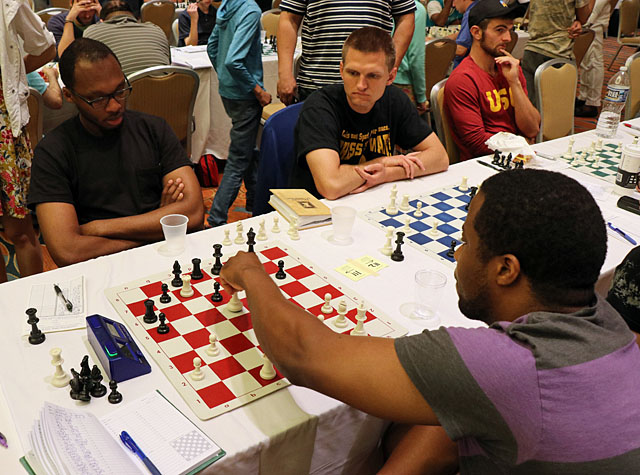 IM Farai Mandizha of Zimbabwe has been a consistent presence in top U.S. tournaments for the past 10 years. He is actively seeking opportunities for his last GM norm. Other masters like Kola Adeyemi and Tyrell Harriott are New Yorkers with Nigerian and Jamaica ancestry respectively. Majur Juac, originally from the Sudan, keeps an active schedule in the New York area and is a positive presence as a coach in the New York area. 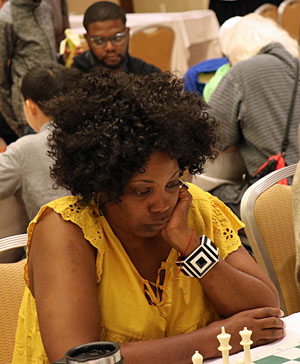 Adia Onyango
Adia Onyango is a mainstay in the major tournaments and is the one of the few African-American women playing with any consistency. She also makes valuable contributions as an organizer, coach while running the popular “Chess Connections” Facebook group. Kimani Stancil has always been up to the challenge of tough competition and is a regular in the Open Section. William Del Castilho of Ecuador is another player living in the New York area, so the African Diaspora is well-represented. The numbers are much larger in the under-2200/under-2000 sections. Roderick Scarlett, of Jamaican ancestry, scored 7/9 winning 3rd in under-2200.

I am often asked why there are not more players of African descent in tournament play. There are many reasons and I have written on this extensively, but be that as it may, there is work to be done. Even the World Open’s blitz scene is not as fierce as it once was. Many players have decided to forgo the Philly trip because the skittles room at the Marriott has a lot more restrictions than the old Adams Mark. Those scenes were electric and will be remembered for the ages. 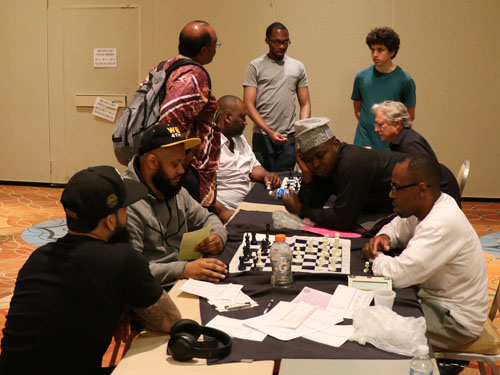 Recently, the Kentucky governor lamented that we wouldn’t expect to see chess played at an inner-city school where Blacks were attending. Of course this is based on stereotypes that chess has no market in the Black community, but of course we can point to a wealth of history saying otherwise. The problem is much of this history is not reported except on this site and in social media. Let it be known that the African Diaspora made a presence at the 2018 World Open! Below are some of the shots taken. 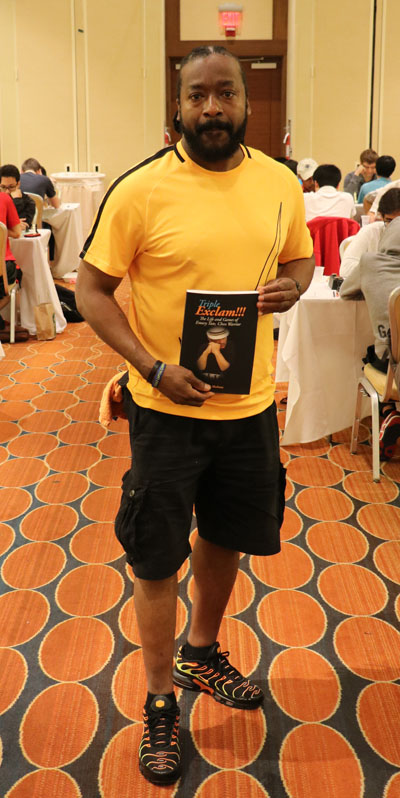 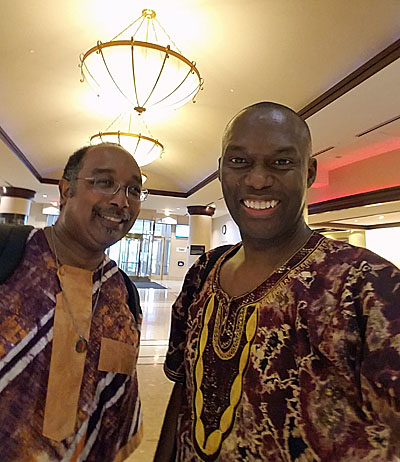