World Champions have often invoked their thoughts on various topics. Perhaps Mikhail Botvinnik, Bobby Fischer and Garry Kasparov had the most to say about conditions of professional players and other pertinent matters such as the world championship cycle. On August 11th, Magnus Carlsen is the latest world champion to weigh in on the issues.

Botvinnik helped establish the championship cycle used between 1948 and 1963. Fischer was known for lobbying for conditions for world championship in the contentious Fischer-Spassky match. Kasparov has promoted the game incessantly and made an attempt to secede from FIDE after becoming disenchanted with the cycle. Even after his retirement, Kasparov has always been forthright in his views.

Before Carlsen became the world champion, he spoke out against the format and the automatic seeding for the sitting world champion (Viswanathan Anand at the time). Now as world champion he is advocating a more equitable system that would require the champion to defend his title more frequently in a knock-out format. Following is his statement:

In advance of travelling to the US to prepare for the Sinquefield Cup, I felt it important to share with you something I have been thinking about a great deal: the World Championship cycle format. 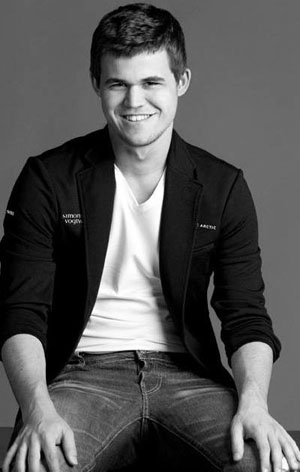 I want to preface what I’m about to say with the notion that I have great respect and reverence for all the World Champions that have come before me, and for those that have contributed to the professionalization of chess. The Chennai match against V. Anand and our subsequent match in Sochi were both equally powerful and wonderful experiences. I was amazed by the intensity of the match format, as well as the massive interest from both the media and the public. I know people are working diligently to organize the 2014-2016 World Championship cycle, and I very much look forward to the match in November 2016 against the winner of the spring 2016 Candidates tournament.

Despite this, I have, for a long time believed – and voiced publicly – that there should be a new World Championship cycle system, which is both balanced and fair. Those of you who have followed top level chess closely for years will remember that I openly raised the issue of the privileges held by the World Champion on several occasions, prior to qualifying for the match in 2013.

In short, I strongly believe the chess world should evolve to a more just system. What does that look like? I have long thought that moving to an annual knock-out event, similar to the World Cup, would be more equitable. This change would in effect improve the odds of becoming World Champion for nearly every chess player, with the exception of the reigning World Champion, and potentially a few other top players who would no longer be favoured by the current format. Creating regional qualifying events combined with rating spots, the participation of all the top players in the world and the undisputed World Championship title at stake, I truly believe this would make the World Championship cycle more accessible to everyone.

What are your thoughts? Do you agree that the Chess World Championship cycle would benefit from a new system?

This statement has been posted on many different sites with most of the respondents giving a resounding vote of no confidence on Carlsen’s plans. Some top players have weighed in comparing the proposed plan to a lottery that would water down the title. Some reflected on the period where FIDE awarded the world title to knockout winners such as Alexander Khalifman, Viswanathan Anand, Ruslan Ponomariov and Rustam Kasimdzhanov. That was at a time when the crown was divided with Kasparov being succeeded by Vladimir Kramnik as the “classical” champion. However, Carlsen’s proposal would take chess in a totally different direction. There are some reasons why Carlsen’s proposal is not favorable to chess and the championship cycle.

World Cup tournaments bring tremendous excitement and a few surprises, but is this what chess needs for a world championship? Photo by Anastasia Kharlovich.

The women’s cycle is in the throes of such a problem. Anna Ushenina won the title when she was barely a top 20 player and her reign passed without much fanfare. Hou Yifan easily beat her in a challenge match, but then did not take part in the World Cup knock-out and vacated her title. Mariya Muzychuk won the title over Natalia Pogonina in May and is #10 in the world, but she has been obscure since winning the title in May. How many people in the chess world can name the women’s world champion? It appears that the economic value of a championship match has already diminished. Fortunately, Hou Yifan will be challenging for the title in March 2016 to give the match some legitimacy. If Hou Yifan reclaims the title in the upcoming match, will she abdicate it whenever there is knockout?

Matches offer so much more emotional content.
Photo by Chessbase.

Bobby Fischer (right) on the move against Boris Spassky in their pivotal 1972 match in Reykjavik, Iceland. The match is still largely considered one of the most memorable in history.

In the final analysis, it is a horrible idea. It is one that they have tried and Carlsen must know about the disdain for the titles won in the knock-out format. While the FIDE Knockout champions were all strong grandmasters when they won, there was an asterisk by their titles given that Kasparov and Kramnik were considered the strongest players. Both had held the unofficial, but highly-regarded “classical” championship and not one cheapened by the knock-out format.

While a knock-out format should remain as part of the cycle to give a wide number of players a chance at qualifying, it should only be used as a qualifier and not for the crown of world champion. In my view, FIDE arrived at a unification back in 2006 and it has worked fairly well after one full iteration. After Kramnik unified the crown, Anand assumed the title and was a venerable champion. He won in all formats, stayed clear of drama and generally took the high road… even agreeing to hold matches in the challenger’s home country. Now Carlsen is the world champion AND holds the highest rating.

So the system has reached some normalcy under one undivided title under one world body. Everyone has anticipated the day in which the chess world can gain a strong footing before tweaking the format any further. Carlsen’s idea of “democratizing” the world championship may sound good on paper, but is an idea that would throw chess into another tailspin. There is certainly no need for revisiting the mess of the past.

Korley wins "King of the Park"