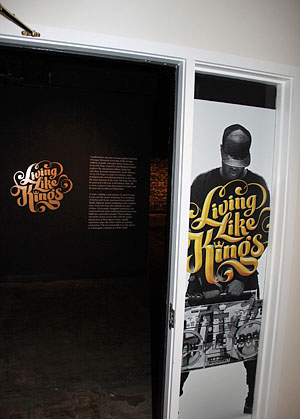 The World Chess Hall of Fame in St. Louis, Missouri has had a number of intriguing exhibits including “Queens” and the currently running exhibit, “A Memorable Life: A Glimpse into the Mind of Bobby Fischer”. There is an intriguing exhibit on display at the museum featuring the work of Ben Kaplan. The “Living Like Kings” exhibit opened October 9th, 2014 and will run until April 26, 2015.

Adisa Banjoko of the Hip Hop Chess Federation was the inspiration of this work and since 2007 has been extolling the virtues of fusing artistic genres to promote critical thinking and non-violence. Although Banjoko’s background is primarily hip-hop, he is a jiu jitsu practitioner and a chess promoter.

Here is the description…

Living Like Kings is an exhibition that explores the surprising ways in which the ancient game of chess intersects with the powerful, creative expression in hip hop culture, which includes music, fashion, art, dance, and spirituality. 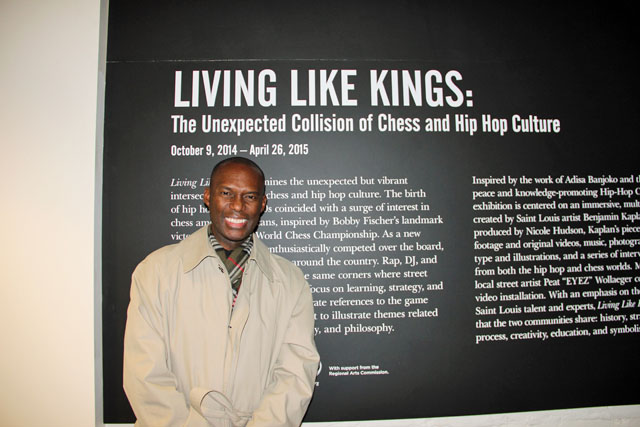 I visited the exhibited on November 28th during a trip to celebrate my great aunt’s 100th birthday. Having visited the museum on several occasions, I knew the display would be tastefully done. I was greeted by a board explaining the exhibit and then a door leading into the exhibit. Inside the gallery on the first floor was a 20-minute video explaining the artistic lineage of hip-hop and how chess was superimposed on top of the history. The footage from old breakdancing crews was nostalgic.

The history of hip-hop and its elements were recounted including the names of DJ Kool Herc, Grandmaster Flash and Afrika Bambaata. At the time hip-hop rose, the “Fischer Boom” has exploded and chess and hip-hop shared the same artistic platform of what was “cool”. Thousands of people around the world cited Fischer’s emergence as the motivation for learning chess.

Chess became a mainstay at the New York parks were hip-hop music was blasting from boom boxes while raucous trash-talking was traded during blitz battles. Chess had become such a part of the New York scene that city official put concrete chess tables in parks. The occurrence of seeing chess tables and rap music on Wall Street was stylistic oddity. Chess hustlers would prey on these bankers in their $2000 suits. The trends are seen in many of the larger American cities.

On the second floor was a very interesting display of street beautification, a tribute to graffiti artists. One of the five elements of hip-hop, “graf” artists accented the hip-hop landscape by painting their signatures on the sides of buildings, billboards and commuter trains. For the trains, they were moving murals that moved throughout the boroughs of New York, but the trend moved quickly and become a separate genre. Hip-hop has showed tremendous staying power and is an international fixture.

“The Learning Lab”
CLICK to see larger images. Hover to get descriptions.

The Learning Lab… where Hip-Hop meets Chess!
All photos by Daaim Shabazz.

My personal observations about the exhibit was that it had a lot of good material and the symbolism was thought-provoking. In some cases the idea of the hip hop and chess fusion could have been made a bit stronger. In some part of the video, chess got obscured in the power of the music and vivid morphing imagery. All of the contributors were poignant in their words and the subjects of art, science, sport, history, philosophy, psychology, martial art and metaphysics were covered. RZA of Wu Tang Clan was prominently featured and lent credibility to the project.

The idea that chess and hip-hop emerged simultaneously was an interesting point made in the video. This is often missed by chess enthusiasts and hip-hop heads who float in their separate worlds. The demographic profile of chess is said to be the opposite of the demographic profile of hip-hop, but is it really? Not according to Adisa Banjoko. The virtues of chess can be found in many lyrics as it represents the realities of fate and destiny… a common characteristic of the raw nature of hip-hop. Ben Kaplan attempts to express this philosophy and there is certainly a lot more to be said in this debate. This exhibit is a good start! 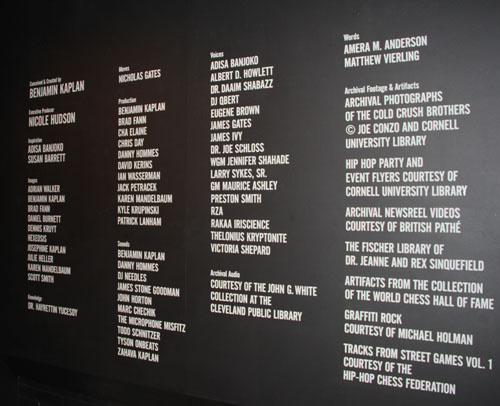 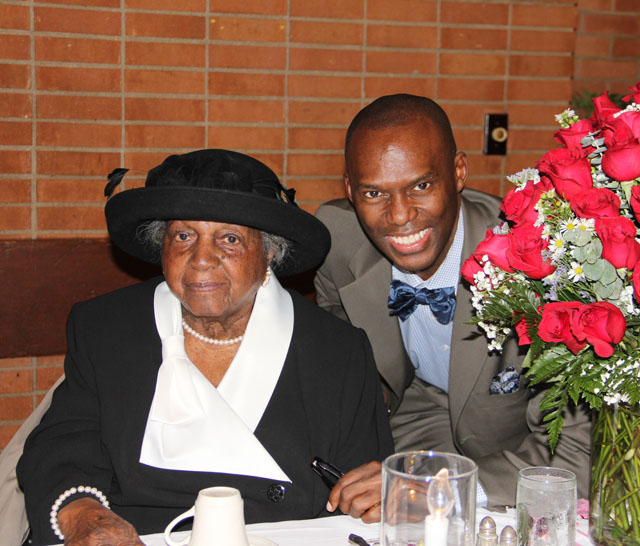 To live like a King, there must be a Queen. Here is my queenly Aunt Mattie (mother of 12) who turned 100 on November 28th. While in town for her birthday party, I got the opportunity to see the exhibit.