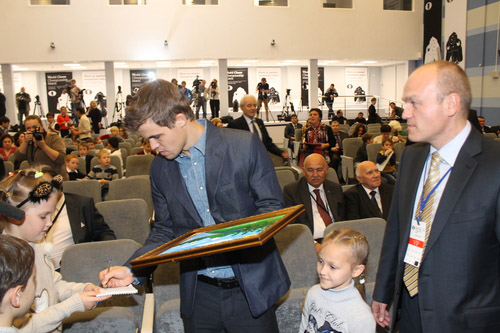 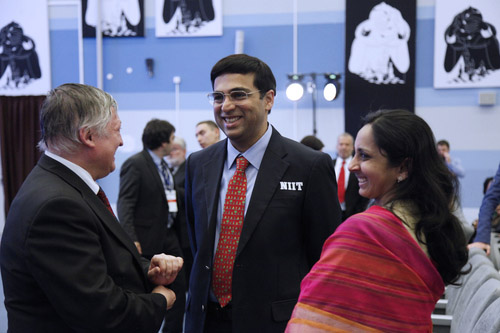 Magnus Carlsen was re-crowned as the world champion, a berth that will last until 2016. He defeated challenger Viswanathan Anand 6.5-4.5 in an exciting, albeit imperfect match. The match was viewed by millions in nearly 200 countries. The results were announced by Chief Arbiter Andrzej Filipowicz.

The closing ceremony brought both competitors on the stage to receive commendations and most importantly the champion’s cup and wreath presented to Carlsen by FIDE President Kirsan Ilyumzhinov and Russian President Vladimir Putin. Putin made congratulatory remarks before the award presentation. It was the first time a Head-of-State had made such remarks to the champion. 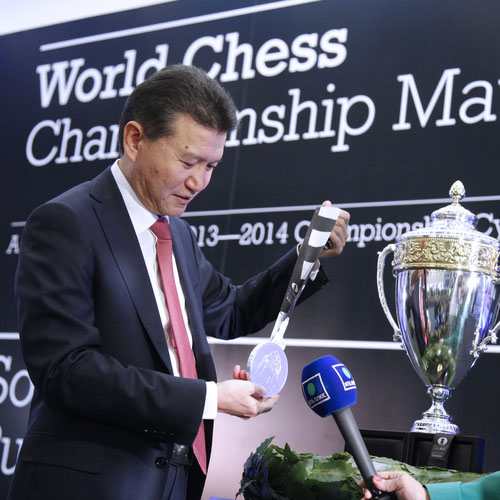 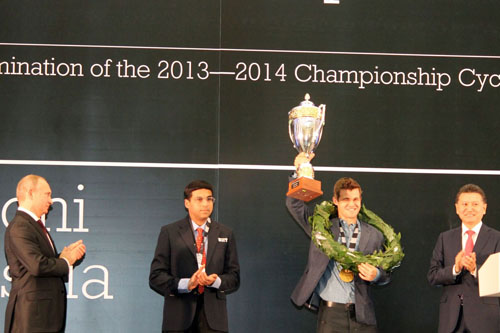 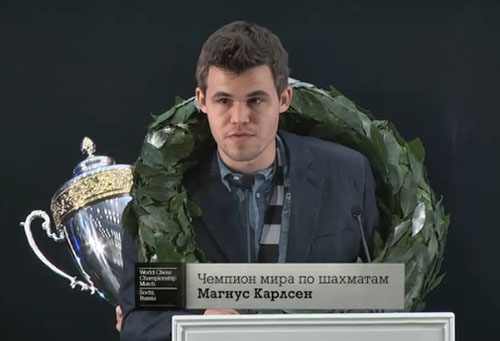 Carlsen gives his remarks after receiving the trophy.

In his remarks, Carlsen thanked his team (including his doctor and cook) for their diligence during the match. He also gave thanks to the fans and in a touch of class, honored his opponent Viswanathan Anand. Ilyumzhinov made additional comments extolling the success of the match and its organization. He mentioned that Putin opened the door for the match to be held in Russia. Leading up to the match, the match had no bidders. However, he has already announced that the World Championship in 2016 will be held in the USA. 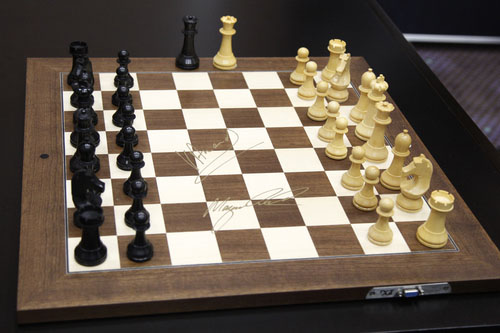 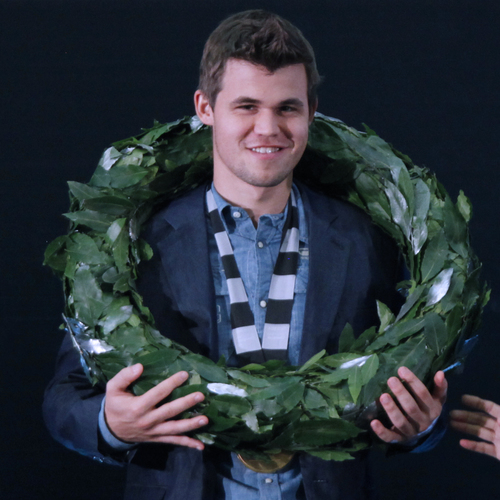