Former World Champion and current Challenger Viswanathan Anand will be traveling to Tanzania to participate in a number of activities beginning June 1st in Dar es Salaam. Anand will visit for five days on invitation from Tanzania Chess Foundation chairman Vinay Choudhury. According to media IPPMedia.com, Choudhury states,

“We have changed the dates to suit his program, he is very busy and he requested us if he can come earlier than planned. We could not hesitate but accept his request, He will do a lot of activities including visiting some Schools where the Chess Foundation is conducting trainings for young players.”

He added that Anand’s visits to Tanzania and the international match against Kenya has been sponsored by SpiceNet Tanzania Limited. This organization also hosted a very successful Tanzanian Open last summer which was won by GM Nigel Short. Choudhury said Tanzania does not have a rated chess player and he hopes to help change that. 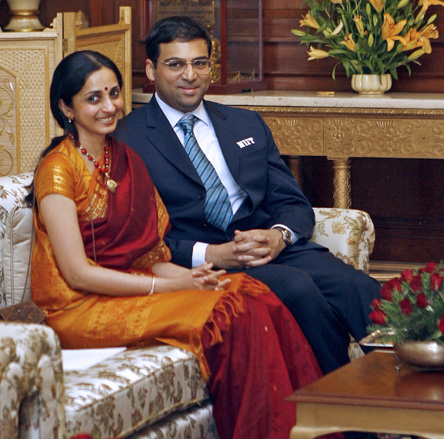 On June 5th, Tanzania will play against visiting counterparts from Kenya in an international friendly to be staged at the Dar es Salaam Gymkhana Club (DGC). Anand has been to Africa on a couple of other occasions, (Botswana and South Africa). One of his corporate sponsors (NIIT) arranged those trips. In fact, Anand is the only sitting World Champion to visit Africa and has been a great inspiration to developing countries throughout the continent and the world.