The 2014 U.S. Championship will go down as perhaps one of the most exciting in the past 25 years. Certainly different from a decade of drawfests in the 90s. This tournament will be defined by the fighting chess along with the percentage of decisive encounters. The key matchups were the Kamsky-Friedel and Lenderman-Akobian. Who could have written a better script? In the end the crowning of a champ would wait another day. 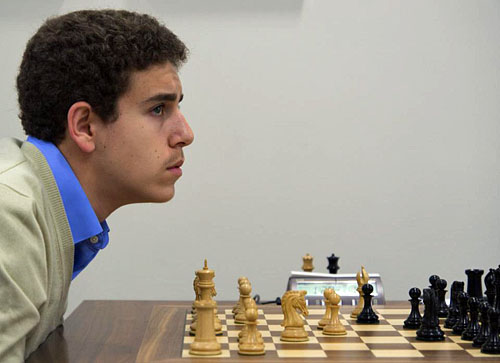 Daniel Naroditsky has a bright future in U.S. chess.

Daniel Naroditsky closed out a successful debut by beating MacKenzie Molner and finishing with +1. Sam Shankland also finished with +1 and served as the “spoiler” but more importantly finished strongly. Ray Robson finished even along with Josh Friedel and Alex Onischuk. Perhaps Robson expected to do a bit better, but lost crucial games to Lenderman and Naroditsky.

Timur Gareev had a disastrous debut scoring -2 and losing four games! Certainly not what was expected of him in his quest to join the national team. However, one man’s loss is another man’s gain and Alex Lenderman seems poised to join the team in Tromso, Norway along with Nakamura, Kamsky, Onischuk and Akobian. 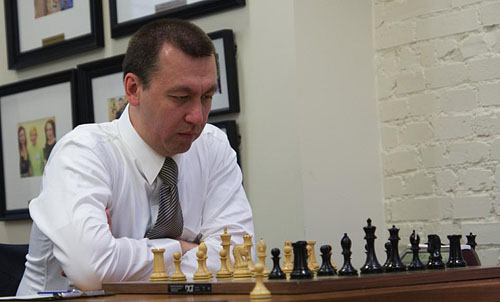 Class personified… the Sphinx-like Gata Kamsky was able to use his poise and experience to crush Josh Friedel in the finale’.

Kamsky simply manhandled Friedel in a slow London System. With white’s choice, it sidesteps preparation while giving the stronger player a playable position to grind. Almost to script, white played a slow and steady position against black’s hedgehog setup.

Kamsky probed the kingside and when Friedel defended he quickly switched with the unlikely thematic moves 35.Bg1 and 36.Bd1. This idea became apparent after 48.f3 when white had a completely dominating position. Black’s position soon collapsed like a house of cards.

In Lenderman-Akobian, black appeared to have gotten a very nice position with 22…g4 weakening white’s center, but the pieces and pawns melted away setting up a three-way tie for 1st… Kamsky, Lenderman and Akobian. Lenderman-Akobian will play an Armageddon match and the winner will face Kamsky in a mini-match.

In the women’s field some improbable events occurred with both Irina Krush and Anna Zatonskih nearly LOSING their games and allowing Tatev Abrahamyan to sneak through to win the title. Fortunately both players’ experience allowed them to stay calm. Zatonskih was totally outplayed by Katerina Nemcova and hit with a nice set of tactics losing the exchange. However she complicated matters and was able to steer the game into a drawn knight ending.

Krush dominated the early phases of her game against Viktorija Ni, but dawdled a bit when she played 30…Qe6 instead of the winning 30…Rg7! The point is that one 31.Qf4 (31.Qxf5 Rg2+ 32.Rf2 Qh6!!) c4! Ni was able to counter when black made more inaccuracies and actually had winning chances on a couple of occasions. 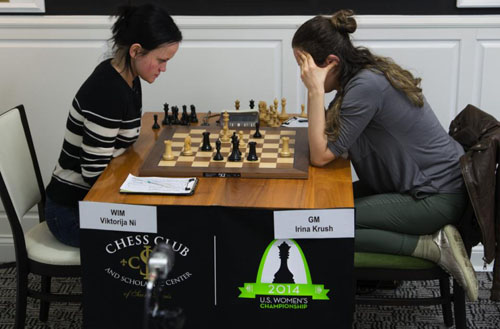 Something had clearly gone wrong for Krush. 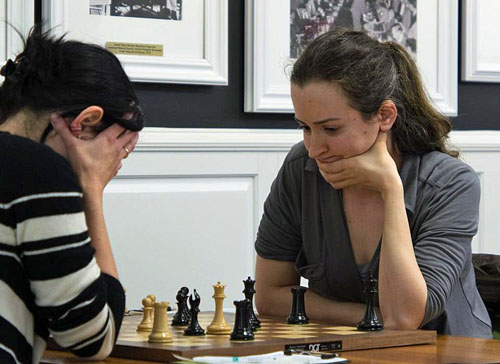 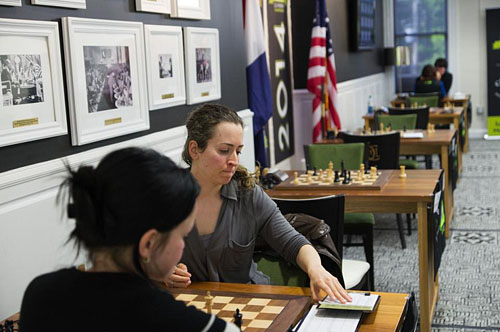 Escaped with a draw! A loss would have been disastrous.

Nemcova was the only other player in the field to finish with a plus-score. It is interesting to note that Ashritha Eswaran acquitted herself very well in the championship and won three games. This may be the first of several opportunities for the 13-year old. 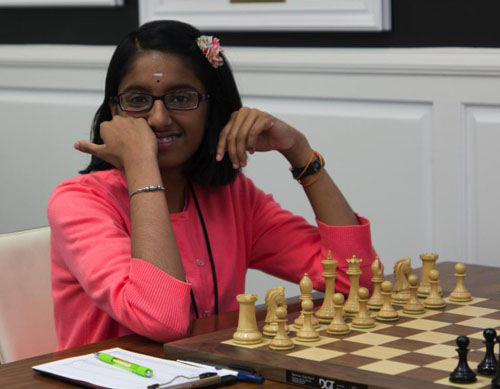 Ashritha Eswaran was the darling and photographer’s favorite. Her colorful persona is a welcome addition to what has become a tournament dominated by the same players.