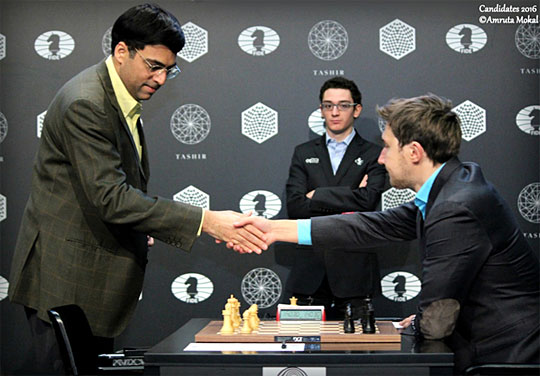 The coronavirus has blanketed the world with surprising rapidity, bringing to a grinding halt many economic activities. The result has been the disruption of supply chains, the closing of school systems, and the cancellation of major events. To date, the virus has afflicted more than 140,000, including several high-profile figures.

Governments are scrambling to put into place precautions to ensure the health and safety of its citizenry. Italy has suspended its football season, as has the National Basketball Association of the U.S.A. Organizers of the Coachella music festival have moved the event to October, while the Tokyo Olympics and the Moscow Chess Olympiad are still in limbo. There are even problems in getting to events. Fabiano Caruana, one of the favorites in the Candidates, tweeted this message:

My flight to Russia got canceled (without the airline notifying me), but working on a new solution to get there in time.

With the Candidates tournament slated to start in a couple of days, the world is on edge as the virus snakes its way around the planet. “Over-the-Board” (OTB) chess tournaments are a unique activity where interactions are rather personal. Competitors shake hands before and after the game, sit a meter away for hours at a time, and exchange ideas while handling 32 figurines over this period.

Apart from the usual facial expressions and behavioral quirks, there is the coughing and the sneezing in tournaments. Some players make an effort to relieve themselves into their shirt or sleeve, while others let out their sneeze in the open. What happens in this case? Researchers at the Massachusetts of Technology found that a sneeze can travel at a speed of 100 miles per hour at up to 200 feet. The sneeze cloud can remain suspended in the air for up to 10 minutes. (link) 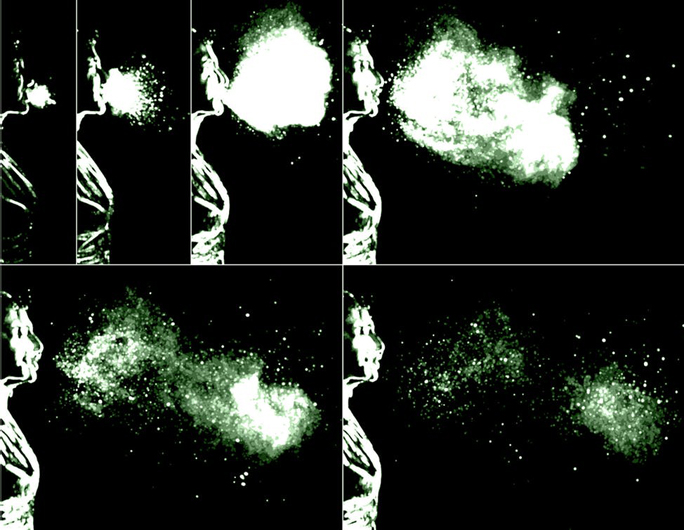 These frame-by-frame images from MIT research demonstrate the force of a sneeze and the massive cloud of droplets we expel if we don’t cover our mouths.

There are other hygienic issues as far as eating at the board, and bathroom etiquette is concerned. Other concerns are the smells, chewing sounds, and potential reactions of those afflicted with allergies to certain foods. Imagine ketchup or mayonnaise on your pieces from someone’s Subway sandwich, not to mention mouth to hand moisture while eating. Should there be a rule about food in the tournament hall to ensure a clean and hygienic environment? Questions. Questions.

If we have not paid much attention to these issues, the virus has forced us to address how we run tournaments. Many of the tournaments are supplying the rooms with hand sanitizer, wipes, and banning handshakes of any kind. However, there has been a rash of tournament cancellations reported on social media. The larger question is whether this virus will affect over-the-board chess after the virus eventually subsides. 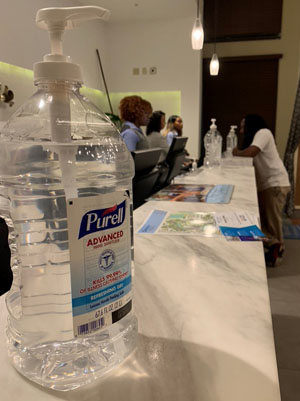 The Continental Chess Association (CCA) has been updating its site and provided instructions on how to deal with the coronavirus. It encourages players to bring hand sanitizer but will provide some if needed. However, there seems to be only one cancellation (New York State Scholastic Championship). At this point, there are no plans by the CCA to cancel the Chicago Open and World Open. The St. Louis Chess Club has also canceled a slate of events, but the U.S. Championship is not one of them. There is a litany of cancellations of major events, including the popular Reykjavik Open. Peter Doggers of Chess.com compiled a list of other cancellations.

"FIDE acts according to formal requests and instructions of Russian and local health authorities," said @FIDE_chess Director General Emil Sutovsky, adding that it's difficult to cancel: "We have legal and financial obligations."#FIDECandidateshttps://t.co/BILCmbSVFN

With the chess world becoming more acclimated to online play, will this outbreak have a lasting impact on OTB play? Will players feel a bit skittish about playing in these tournaments and increasingly preferring to play in online tournaments? These defections are a real issue given that the chess clubs already struggle to compete with the online communities. What will be interesting is how chess organizations will handle the publicity damage as players understand that chess events can be a breeding ground for all types of pathogens. 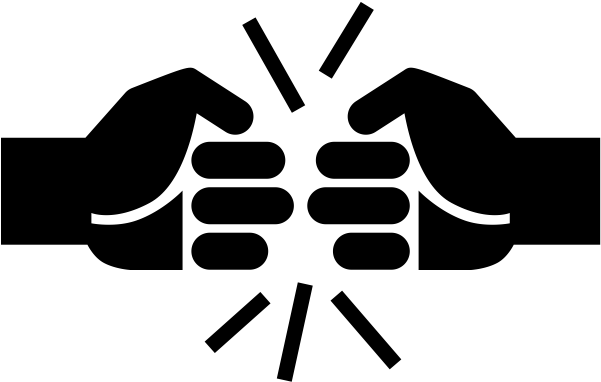 There are a number of questions that will be posed given the mandatory attention to cleanliness to stem the tide of the virus. Will there now be regulation requiring sports bodies to supply materials that help control the spread of germs? Will there be a change in policy on handshaking before games? The evidence on germ exchange precedes us. Some tournaments are making the ceremonial greeting “optional,” which is different from the 2007 FIDE rule requiring a shake of hands.

Nigel Short won a game via forfeit because Ivan Cheparinov refused to shake hands. Maybe such a rule change is afoot for more reasons than mere sportsmanship. Will the formal handshake give way to the informal and friendly fist bump? Will there be a market for hypoallergenic chess sets? Should there be a policy of players wiping (or spraying) down their chess set after every game? GM Ian Rogers raises the point:

Given the world body FIDE's advice against shaking hands, chess may need to develop new protocols, e.g. a nod at the start of the game, and the old-fashioned knocking over the king for resignation. An arbiter polishing the pieces after each move (as in snooker) may be too much.

Online chess will boom during this unfortunate time, but what will become of the already-challenged, over-the-board chess tradition? Could it be that this outbreak could make chess tournaments safer, and thus more appealing? Maybe. If there is a silver lining in all of these cancellations, perhaps it will force us to take a closer look at the rules, etiquette and overall conditions in which players play.