Jeffery Xiong’s run at the 2019 World Cup is over, but will not be forgotten for a long time. In perhaps his biggest moment on one of the world’s biggest stages, the 18-year old exceeded all expectations by reaching the quarterfinals. His combination of creativity, courage, and principled play won the hearts of many fans who were seeing him for the first time. 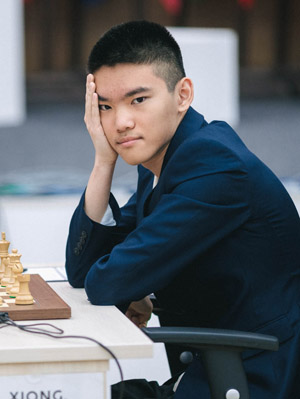 GM Jeffery Xiong at 2019 World Cup
Photo by Kirill Merkuryev
Many of us in the U.S. have seen Jeffery as sure as we saw Hikaru Nakamura and Fabiano Caruana trod the halls of American Swiss tournaments. In fact, Jeffery has cut his teeth on these competitive events and was most recently captured in a tiebreak against Le Quang Liem during the 2019 World Open. A 2016 U.S. Junior Champion, he is rounding out a banner year and now sits on a 2712 live rating surpassing Sam Shankland. 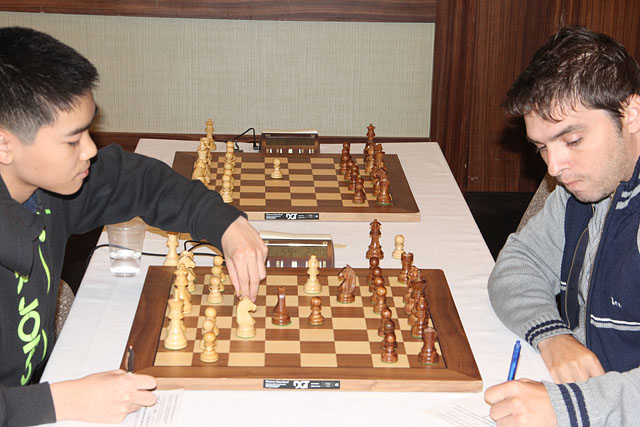 Jeffery’s run in Khanty-Mansiysk was accented by wins over Anish Giri and Jan-Krzysztof Duda during which he showed courage and it paid off. His clinching win over Giri was a crowning achievement over an elite player.

Shocked at the result, Jeffery recounted in the interview that he had a strategy of playing for complications and getting Giri out of his preparation. For Giri, it was a disappointing end to what would have been an opportune time to qualify for the Candidates tournament. Nevertheless, the world discovered a new star on the horizon.

Traveling with his father Wayne Xiong, he advanced to face the Polish phenom Duda. This match reached epic proportions going eight games with six decisive games to start the match. After Jeffery staved off elimination twice, he won the last 5’+3″ blitz game in style.

Against Teimour Radjabov, he played one of the most exciting games of the round with so many twists and turns. In the end, he missed some crucial moves in the time scramble, but delighted fans with his positive attitude and humble demeanor. Leontxo Garcia wrote a nice article about the young American and marveled at the 45-minute postmortem. 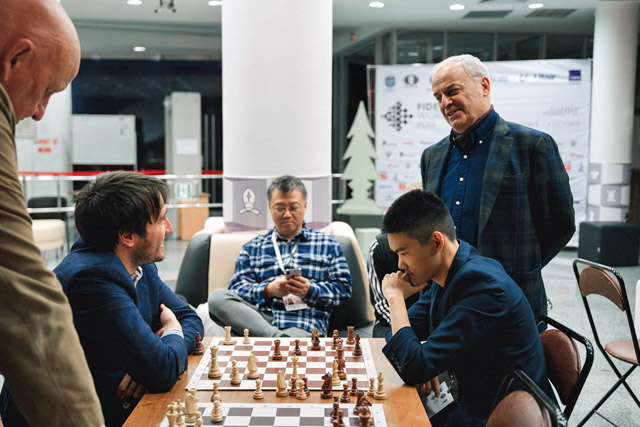 The broadcast may be over but not the action! #FIDEWorldCup pic.twitter.com/PPpAcAwdaG

Thus, he ended with a solid result and won a legion of fans worldwide including a few more in the U.S. While the most of the chess world may have never heard of Xiong, he has long been touted as a supreme talent in the American chess scene. If Garcia’s article is prescient, Xiong’s curiosity about Europe may find him playing more high-level chess overseas. He will also be positioning himself for a spot on the U.S. Olympiad team for next year. A bright future awaits!

Charisse Woods off to India for WYCC