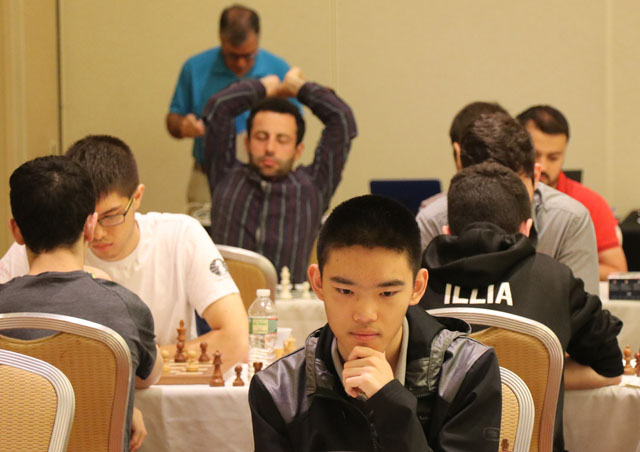 Down to the “Sweet Sixteen” at the 2019 FIDE World Cup. There were a couple of surprises in today’s action as Jeffrey Xiong took down Anish Giri. The match went six games and ended when Xiong delivered a blistering attack.

Xiong was surprised at the result and mentioned in the post-match interview that his strategy was to make the games complicated. His 22…Rxh3!? in second rapid tiebreak showed tremendous courage. All of the games in the tiebreak were tense and the young American phenom showed that he has the ability to keep his calm during tense moments. He plays Jan-Krzysztof Duda of Poland in the next round.

The other surprise of the round was Pentala Harikrishna bowing out to Kirill Alekseenko, a promising 22-year old Russian. He would lose both games to the disappointment to the massive Indian fan base. Vidit Gujrathi was also eliminated. There was ample coverage of the Indian players by ChessBase India and we can expect their players to go deeper in future tournaments. 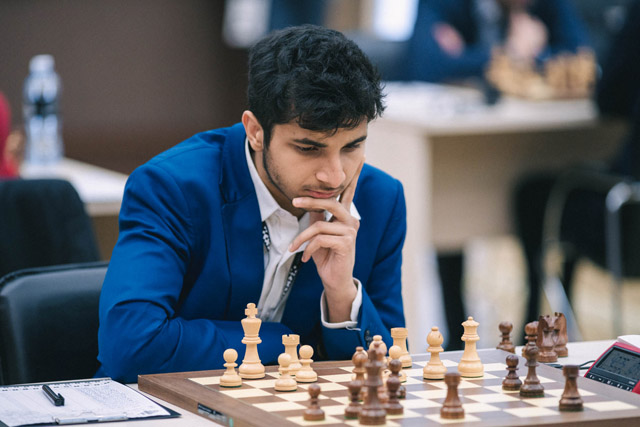 Vidit Gujrathi was ousted by Wesley So, but a bright future awaits.
Photo by Kirill Merkuryev

Not much is know about the Russian star who earned his GM title in 2015. He has won the Chigorin Memorial three times and competed in the 2018 European Individuals scoring 7/11 and beating Vassily Ivanchuk in the process. Alekseenko has had an auspicious World Cup debut advancing to the 4th round. He will play top-seed Ding Liren who outclassed Alireza Firouzja winning both tiebreak rapid games.

Ding has been able to get through quite comfortably although he claims that he is not in top form yet. This match was highly anticipated since Firouzja is one of the world’s most active streamers at Twitch. He also played a brilliancy against Daniil Dubov (37.exd6!!). However, facing a 2800 is a totally different beast.

In the first rapid game, Ding won a game that appeared to be completely drawn. He stated he had more time on the clock so he continued to play on. The second game was a complete demolition as Firouzja took chances with the white pieces, but was thoroughly crushed. So the Iranian will exit having made an impression. This trend shows that the balance of power has shifted and China, India and Iran are producing prodigious talents.

Five Russians made it to the next round, but not the ones most anticipated. Sergey Karjakin, Vladislav Artemiev and Dmitri Andreikin are headed home. On the other hand, Alexander Grishuk and Peter Svidler will lead the Russian contingent. Svidler beat Liviu-Dieter Nisipeanu in the battle of personalities (earring vs. pony tail).

Grischuk’s nice tactical flourish in the first game (37…Bxe5!) won him plaudits from chess fans around the world…

Not to be outdone, he finished off the overachieving Xu Xiangyu with an impressive positional squeeze.

While Russia has five players remaining, the U.S. has Xiong, So and Leinier Dominguez. A Cuban national, Dominguez switched his federation last year and has a chance to advance further. His last match with Wang Hao was thrilling as the tiebreaks featured two successful “win on demand” situations. He won the first of the 5’+3″ and held the draw in the second to win the match.