According to his latest podcast interview at Perpetual Chess, Pontus Carlsson has been busy lately. You may have seen him in a photo with Magnus Carlsen during the World Championship in London, but he has been promoting his “Business meets Chess & Kids” tour for the past year. 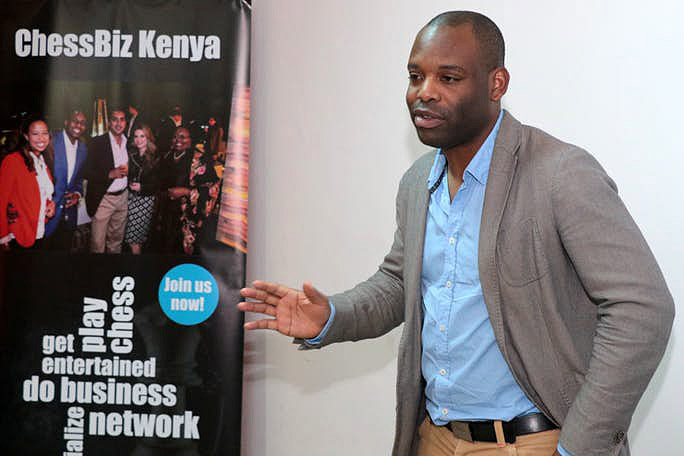 Carlsson launched initiatives in Kenya and was warmly accepted during recent trip to New Orleans. He told The Chess Drum that he will tour the U.S. in January and would like to make a big impact on the continent of Africa. He also has plans to reach out to the business community to discuss how chess can help one craft a strategic outlook.

To get an idea of his initiative here is an excerpt from a recent interview:

When I entered the business world I quickly realized that I already had an advantage as a Grandmaster and strong chess player, since apart from getting respect for being smart, I already had a framework for objectively analysing the position, drawing the correct conclusion, take an important decision under time pressure, visualising the result of an idea and predicting the next move in a negotiation. All this is important and very useful skills both in life and business, that I share with companies, top business schools and Rotary clubs in my talk/lecture on how Chessthinking can revitalize your Business!

In January 2019, Carlsson told The Chess Drum he is visiting Houston, New Orleans and possibly a third state to tout his vision. If anyone is wondering, Carlsson is still active in tournaments and will be competing in the World Rapid and Blitz Championship next week December 25-31 in St. Petersburg, Russia.

The Swedish GM mentioned playing some blitz with Fabiano Caruana after the match. He said he “got crushed” but had more success against GM David Howell. “I was rusty,” said Carlsson who said he hoped to bring some wins home. Certainly we will be watching him battle a tough field where the minimum rating to enter is 2500.