Michael Adams has been a national hero since becoming the youngest Grandmaster in British history at 17 years old. That may not seem like much in an era where an Indian boy named Rameshbabu Praggnanandhaa is threatening to become a GM at age 11! Nevertheless, Adams was facing one of his contemporaries in Veselin Topalov.

Both had been on bad form, but this would be a battle of two opposites, a technician vs. brawler. In this game, there was an ebb and flow, but no one had a grip until Adams seized the opportunity with 15.e5! fxe5 16.Qg4. It’s another example of Adams’ efficiency in developing attacking formations. The position doesn’t look that menacing, but after Topalov predictably refused to enter a slightly worse endgame, Adams punished him. British fans went crazy and the buzz started…

Adams is on track to win his first game in #Londonchess as black's king is seriously compromised pic.twitter.com/LKH0nxI7UB 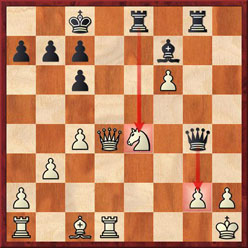 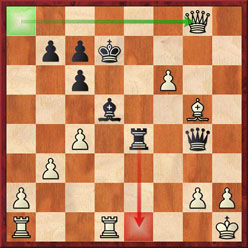 With two draws and now a win Adams has climbed into respectability. Meanwhile, Topalov is in absolute rating free fall. Weighing in at 2803 a year ago, he has now dropped to #20 in the world.

Aronian-Giri played a short game in which white got nothing. The Dutch player was credited with a self-proclaimed moral victory. His post-game comments cause quite a few furrowed brows.

Giri: "It's not the most spectacular game I have ever played but he's the one who should regret the opening choice" #LondonChess

In another bit of prepared, Twittersphere lit up when Viswanathan Anand essayed a bit of prep of his own with 10…Bxa3!!??

Anand's 10…Bxa3!? in his game against Wesley So seems to be a big novelty. https://t.co/mSMH9FEzjA … #LondonChess pic.twitter.com/B4xrwQ9lRd

Something rather delightful about the fact that Rxa3 is met with Nb1!
A hard working knight.#londonchess https://t.co/WZB0ifV5NW

Anand: "When my second showed me this move (10…Bxa3) I had to do a double take to see it was legal" https://t.co/NOUFsQBSUc #LondonChess

After all of beauty of the patterns and preparation, the game ended in a very sterile and tranquil way. 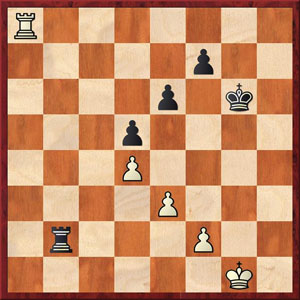 So what does one make of this idea of preparation? Commentators said that the position known as #518 (RNBQKBNR) in Fischer 960 still has a lot of life. However, the chess world seems hesitant to take on another version with any vigor. Fischer 960 remains as a variant that is trotted out for a novelty tournament. Will future elite tournaments end in positions above? Time will tell.

One game that was certainly not a victim of preparation was Nakamura-Kramnik, a game ending in a stalemate. Nigel Short has gone on Twitter lately showing how horrible the stalemate rule is.

And I will ask again: what is the logic of stalemate being a draw? It wasn't in the old days & shouldn't be now #CarlsenKarjakin

The rule states, “The game is drawn when the player to move has no legal move and his king is not in check.” (FIDE Law of Chess, Article 5.2). It is a long-standing debate and the stalemating trick remains a tremendous resource in certain position. Most will see it as a last-ditch swindle (i.e., “crazy rook”) while many beautiful examples exist to demonstrate harsh lessons of inattention by the strong side.

In this game, it appeared that three results were possible throughout the middle game. Kramnik seized the queenside, but made some inaccuracies and the action switched to the kingside with Nakamura pressing. There were a number of finesse moves involving sacrifices, but all lead to equal position be a stream of endless checks.

Nakamura tried one last idea by sacrificing a knight for two connected passed pawns. Kramnik had to find a series of only moves… and he did it. The final 60…Nf7! trick means that white cannot penetrate to the d6 square and if he tries to advance the pawns, they are blockaded and he loses!

After the game, Nakamura stated that he thought the sequence was winning and did not see the stalemating trick until the end. Indeed. Perhaps chess still has quite a bit of life and this tournament has shown some very enterprising ideas.

Despite the precise preparation, this is what resulted.