Kenya’s top brass assembled for the 2015 National Chess Championship at Strathmore University, Madaraka Campus. Veteran Ken Omolo came out on top with 21 points (three points for win and one for draw) to collect 1st place and KSh21,000 (US$200.00).

Omolo beat Mehul Gohil in the penultimate 7th round and Dr. Kevins Omondi in the finale to tie with Peter Gilruth on 7/8. Omolo finished with 21 points while Gilruth had 20. Brian Kidula ended in third position on 6.5/8 finishing with 19 points. Gohil was part of a trio of players on 6/8 and 18 points.

Despite the absence of Ben Magana, there were a number of young talents projected to vie for the title in the near future. These included James Madol Panchol and James Muchai who came out 5th & 6th respectively on 18 points. Peter Diing and Terence Chazima also acquitted themselves well ending up 7th and 8th respectively with 17 points. 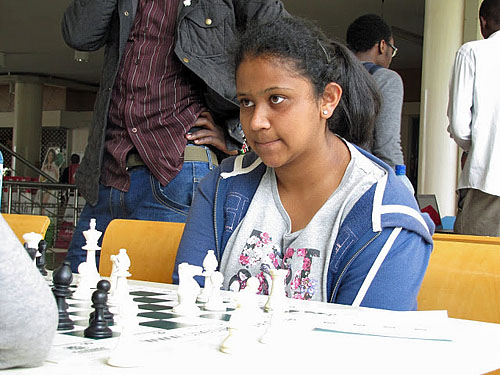 In the ladies competition, Riya Shah took the honor with a dominating 7.5/8. Only Isabella Asiema nicked her for a half-point. Shah was also a member of Team Kenya at the 2012 Olympiad in Istanbul, Turkey. She won the national championship in 2013. Shah was followed by Gloria Jumba and Asiema on 5.5/8. 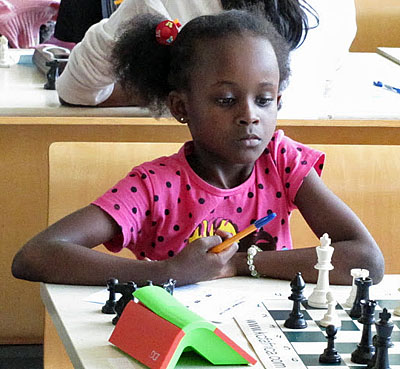 Who will win next year?
Photos by Kim Bhari.