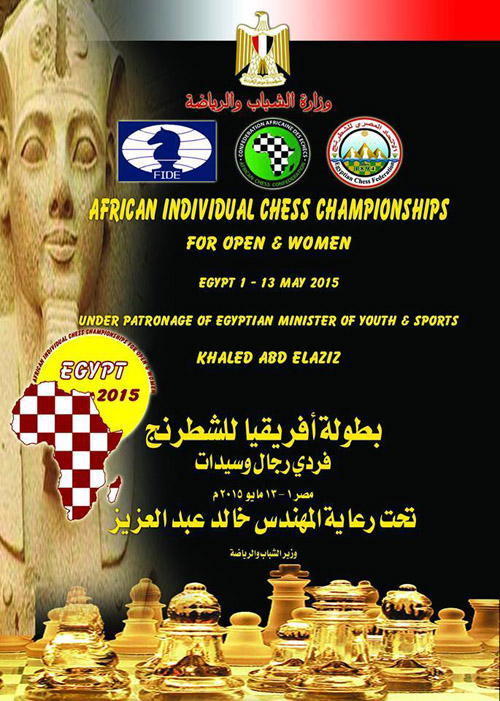 The African continental championship has begun in Cairo, Egypt in the “Land of Kings and Queens”. With two spots up for grabs at World Cup qualifying tournament in Baku, Azerbaijan. The 2013 field is headlined by the Egyptian GMs Bassem Amin and Ahmed Adly from a total of 54 players from 11 federations (32 in the Open section and 22 in the Women’s).

The tournament hosts a total of five GMs, eleven IMs, three WGMs and six WIMs! Unfortunately, there are a number of players and federations who did not make the trip. The most notable omission is South Africa’s newest Grandmaster and Africa’s defending champion in Kenny Solomon. He will not be able to defend his title due to sanction brought onto the South Africa because of arrears.

In addition, only eleven of the 52 players are from Sub-Saharan Africa which was a similar problem last year despite the tournament being held in Namibia. While there was hope given some of the new initiatives announced after the elections, it appears that African chess still has a long way to go to bring about parity on the continent.

The Egyptian Minstry of Youth and Sports, Egyptian Chess Federation and African Chess Confederation are the hosts of the tourney and it is being run from May 1st (day of arrival) until May 13th 2015 (day of departure).