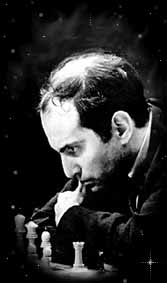 The 2013 Tal Memorial will begin exactly one week from today with a cadre of elite players. This tournament will continue the string of strong tournaments on display in recent months going all the way back to the London Classic, Tata Steel, Candidates Qualifier and the FIDE Grand Prix.

The field is a strong one with seven of the top ten players including Magnus Carlen, Vladimir Kramnik and World Champion Viswanathan Anand. The key matchup will be Carlsen-Anand since they are in preparations for the championships match in November. There is a nice mixture of ten players with many exciting battles on tap, but the field will be missing Levon Aronian of Armenia.

The Russian Chess Federation are the chief organizers while the direction consists of an organizing committee and panel of arbiters. The Chief Arbiter is IA Andrzej Filipowicz (Poland), the tournament director is Ilya Levitov.

The tournament has ten invited players and is a round robin with time controls of one hour and 40 minutes for the first 40 moves, followed by 50 minutes for next 20 moves and then 15 minutes for the rest of the game, with an increment of 30 seconds for each move starting from move one.

Cuba's Dominguez breaks through in Greece!