The 2012 World Minds Sports Games in progress in Beijing, China. This unique tournament will feature five sports including bridge, go, draughts, xiangqi (Chinese chess) and international chess. This tournament features an number of top players in each of these mind sports competing in different categories. For chess, it will be rapid, blitz and blindfold. 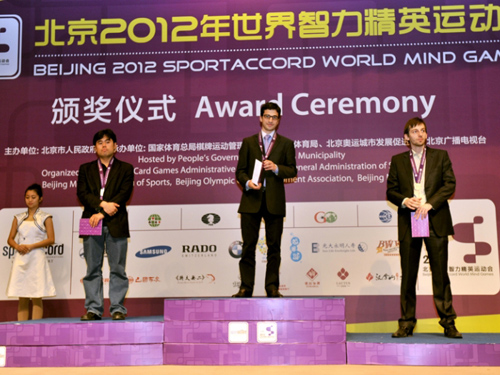