With his victory in the open, he wins a $92,000 scholarship to Webster University. Josh is a high school freshman and has stated elsewhere that he would like to enter a professional field such as accounting. With his work ethic and humble demeanor, he is poised to be successful at anything he chooses. His proud father Guy Colas made note of the warmest congratulations from Polgar herself…

Congratulations to Joshua! I am so proud of him. He worked hard and improved so much from the days when he competed at the Polgar Chess Center in Forest Hills, NY. Hard work does pay off. In spite of his success, Joshua is very well mannered and humble young man. Big credit to his parents for raising him the right way. 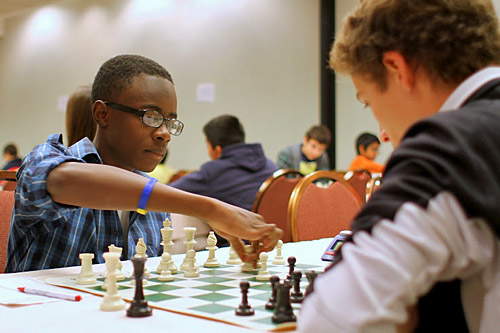