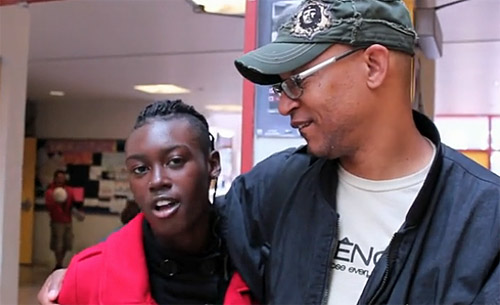 Adisa Banjoko with one of his students, Dyhemia Young. Young came from difficult circumstances and discovered chess through the HHCF. This led to a memorable experience at Susan Polgar’s invitational tournament.

Adisa Banjoko has recently released a short documentary on the founding philosophy of his organization and actually goes through its evolution. The HHCF emphasizes a fusion of hip-hop with martial arts, music and chess to give youth a way to express their energy in a positive direction. Besides Banjoko, there are comments by Dyhemia Young, Rakaa Iriescience, RZA and clips from various HHCF events!