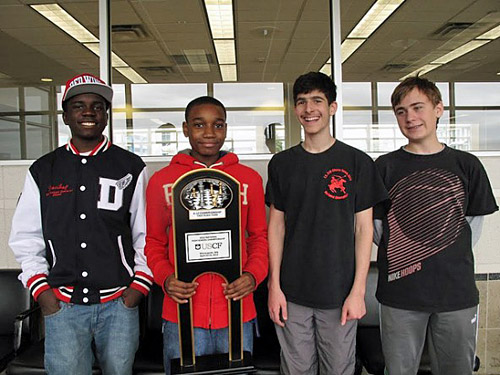 The hardware just keep piling up for I.S. 318. As the screening for the movie “Brooklyn Castle” continues, the middle school has perhaps added another saga to its spectacular run of success. Led by Justus Williams, the school bested New York’s Hunter College to win the K-12 School Championship.