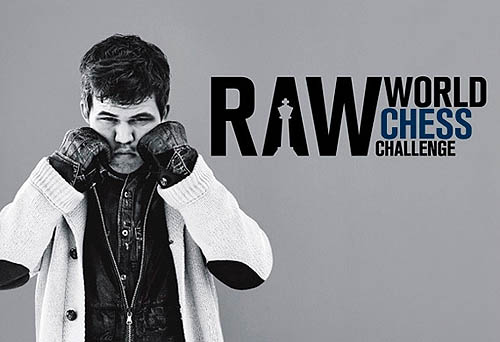 Chess has been looking for an identity since the retirement of its charismatic leader in Garry Kasparov. They may have found one in the world’s top-ranked player in 19-year old Magnus Carlsen. At noon-time, G-Star will host the RAW Chess Challenge with Carlsen taking on the world with the advice of three strong Grandmasters. They are: Maxime Vachier-Lagrave of France; #1 American player, Hikaru Nakamura; female phenom, Judit Polgár of Hungary.

There are a list of rules one of which requires Carlsen to spend only one minute per move. The three GMs will advise moves in consolation and the world will vote on which move to make. A novel idea and perhaps will grant chess some positive publicity.

The game will take place in the Penthouse of the Cooper Square Hotel in New York and being promptly at noon. GM Maurice Ashley (right) will be doing the play-by-play commentary.