Tyrone Lee, a long-time Chicago resident and chess player was killed in a car accident while traveling to Tennessee last weekend. “Ty Lee” (as he is commonly called) was a chess player known to those primarily in the Chicago area, but had chess associates around the country. He spent a number of years in the Los Angeles area where he was an active player.

Lee’s easy-going nature endeared him with his peers and his passion for chess was evident. A student of the game, Lee was serious about chess and made many attempts to organize casual events among his friends throughout the Chicago area.

Years back in the early 80s, Lee was one of the many shareholders of the “Pawn to King Four” chessclub on the northside of Chicago. It was a place serving as a gathering spot for blitz players and there were also tournaments held at the club. Lee had self-deprecating humour and a glimmmer in his eye when discussing chess. He reached 2100, but when it came to his strength he quipped that he was “going backwards.”

Lee’s final rating was 1974 and his last tournament was at Tuley Park a couple of weeks before he was in the fatal accident. According to long-time friend Sam Ford, funeral arrangements are set for Brownsville, Tennessee. 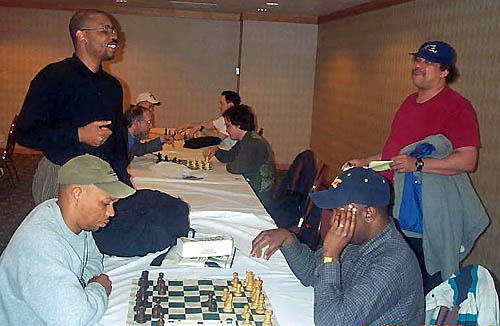