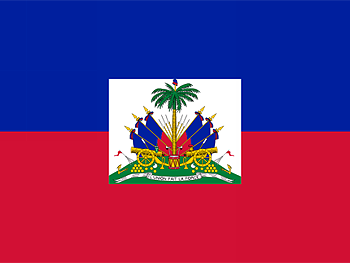 On January 12th, a 7.0 magnitude rocked the city of Port au Prince, toppling buildings, twisting metal and killing what are said to be scores of people in the impoverished country of nearly 10 milllion. Images are coming in and they are horrific as reports indicate. Relief efforts are underway with the first relief efforts coming from China. President René Préval has declared the event a catastrophe as most of the capitol city is destroyed.

Haiti, a nation famous for being the first Black independent republic in 1804, has had a difficult political past. In these challenges, the nation has been able to survive on sheer will and determination. However, this latest disaster will take a special gargantuan effort. Can nation standing on the shoulders of a proud history rise from destitution and despair and reclaim its greatness? It can, but the nation will need an outpouring of assistance as never before. It is without a doubt that hearts around the world are pouring out for Haiti.

On behalf of The Chess Drum community, chess players from around the world and in particular, those from the African Diaspora, we wish you courage and strength. We hope that you continue to hold your nation in high esteem and know that all is not lost. Your history and the example you led during Haitian Revolution will inspire us forever. You can inspire yet again! We are with you!