Washington Square Park seems a world away, but it’s actually very close. It’s so close that you can feel the joy and pain… the joy and pain of chessplayers who lose themselves in the royal game. Miro Reverby’s film titled, “Men Who Would Be Kings” is a poignant account of life in one of the most famous chess venues in the world. Many giants have passed through here including Bobby Fischer, Garry Kasparov, Hikaru Nakamura, Roman Dzindzichashvili and many others. 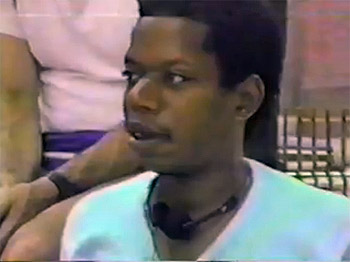 Other players who have graced the park scene are not famous in the international chess world, but they are stars in their own right… Vinnie Livermore, Russian Paul, ‘The Ralph’, Theo, ‘Doctor Woo’, Tony Springer, ‘Preacher Mike’. All these characters have an interesting side story. Also featured in these videos are the players in the recent “Street Master” match, Po and Sammy.

Jimmy Jam Jones, originally from Puerto Rico, goes through all the personalities in Washington Square Park in an interesting narrative style and captures the passion of street chess. The simplicity of the narration is probably the strongest point. It allows you to sit back and enjoy the nostalgia!

“MEN WHO WOULD BE KINGS”
by NM Miro Reverby

Should Women's Titles Be Abolished?