The 2008 chess season kicks-off tomorrow at Naledi Secondary School with the first round of the national championships.

The event marks the first step in what is likely to be a rigorous battle to the national crown. All top players in the country will be present save for the two defending champions in FIDE Master Phemelo Khetho (men) and Tshepiso Lopang (women). The top 23 players in the open section advance to the second round to be played in two weeks’ time. In the women’s section, the top nine finishers will join Lopang in the finals scheduled for March. 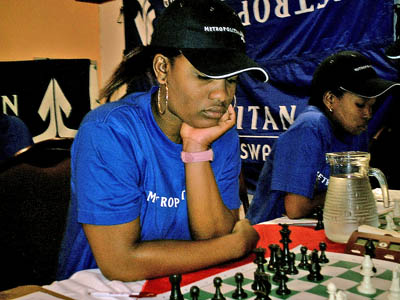 Botswana Chess Federation (BCF) secretary Kefilwe Miti said that they intended to make changes to the competition but they abandoned the plans because the idea was not popular.

“Yes we did have ideas on revamping the championships but the furor surrounding the issue has been blown out of proportion even before BCF made any formal announcement regarding any changes. As such, there won’t be any changes,” Miti told Mmegi Sport. 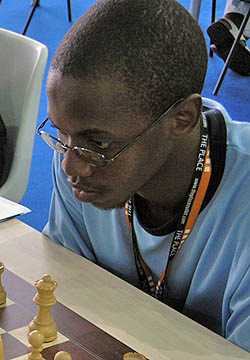 Players complained after BCF indicated in their 2008 schedule that only the top 20 will make it to the second phase together with three top seeds and Khetho (pictured right). Critics said anyone viewed as being good enough to qualify will make it to the round and needs no protection.

This being an Olympiad year, it is expected that chess will see an increased number of players taking part in tournaments in a bid to make it to the national team. The world chess Olympiad is scheduled for Dresden, Germany in November and Botswana is expected to field two teams at the event.

Tomorrow top players such as Ignatious Njobvu, Tebogo Pitlagano, Barileng Gaealafshwe, Providence Oatlhotse will be in action to try and impress the national team selectors.

In the women’s competition, formidable forces like Woman Grandmaster Tuduetso Sabure, FIDE Master Boikhutso Mudongo and Keitumetse Mokgacha will do battle. Though a lot of spectators will be keen to see some good chess, it is likely that they may leave disappointed as players usually go for the safety-first approach of qualifying to the next stage instead of taking risks.

As such, games involving top players will most likely end in draws. This stage of the championship has never failed to produce an upset and it is possible that one or two top players will not make it to the second round.

The draw for the second round will be done immediately after the first round qualifiers. The top 24 will make four groups of six players each. The top two in each group will make it to the final.