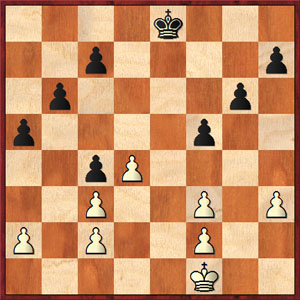 The position occurred at 2008 Corus “A” between Michael Adams (England) and Judit Polgar (Hungary) after only 27 moves. White has just traded rooks on e8 with 27.Rxe8+ and black played 27…Kxe8. White to play here. What are the respective plans? Who’s better?